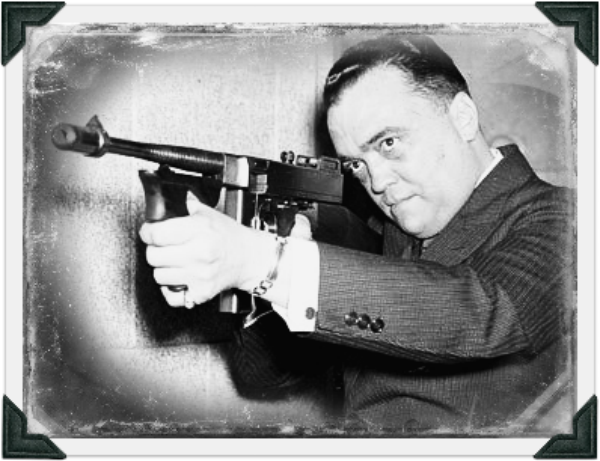 Until the Alapachin Meeting in 1957, the Federal Bureau of Investigation was in complete denial about the existence of the Italian Mafia, beginning with the explicit order of his director J. Edgar Hoover. For more than 20 years, this office focused on other public enemies as the likes of John Dillinger, “Pretty Boy” Floyd, “Baby-Face” Nelson, Alvin “Creepy” Karpis or Thomas “Machine Gun” Kelly.

The main focus on Hoover’s agenda, though, was “the communist threat”. With the strong support of President Dwight Eisenhower, he put all the Bureau’s efforts and attention on groups and individuals carrying out actual or perceived left-wing activities.

There were other matters, notwithstanding these facts, that made their way into some hidden evidence, such as blackmailing, extortion and fear.

Hoover was obsessed with the public image of the Bureau, so he understood his duty and responsibility was to keep the office away from any kind of investigations about the activities of the Mob.

There were cruel realities, exalted by Mafia Author, Selwyn Raab:

Hoover’s reluctance to seriously challenge the Mafia stemmed from three main factors, according to former FBI agents and criminal-justice researchers. First was his distaste for long, frustrating investigations that more often than not would end with limited success. Second was his concern that mobsters had the money to corrupt agents and undermine the bureau’s impeccable reputation. And third, Hoover was aware that the Mob’s growing financial and political strength could buy off susceptible congressmen and senators who might trim his budget.

With a high-level of corruption and his knowledge about the growing power of the Mob, Hoover didn’t want to trigger a war that his precious office might lose. To preserve it, he banned his agents to carry out secret operations to obtain information about the Mafia.

Furthermore, he prohibited the use of the word “Mafia”.

There were also personal issues involved: the Mob supposedly knew the rumors about his sexual orientation and sent him several letters with an extortion tone and certainly the fear gripped him.

Despite the relation between the existence of the Mob and Hoover was an open secret, the official denial fell away when the officers saw with their own eyes more than 60 mobsters in a historical summit in Alapachin, New York, in November 14, 1957.

From that point on, the history that involved the relationship between the FBI and the Italian Mafia changed forever, leaving the denial behind and entering into action with the Kennedy brothers, one as President and the other one as Attorney General, who began a battle against the Italian Mafia.

Fernando Acosta Bernadet
Uruguay (1994).
International Relations BA by the Federal University of Pampa, Brazil.Author of the Bachelor’s Degree Thesis: The Securitization of the Organized Crime inside the American Foreign Policy in the decades of 1970-1980s: a study of case of La Cosa Nostra. Researcher about the Italian-American mob, international security and politics.
E-mail: acostabernadet@gmail.com