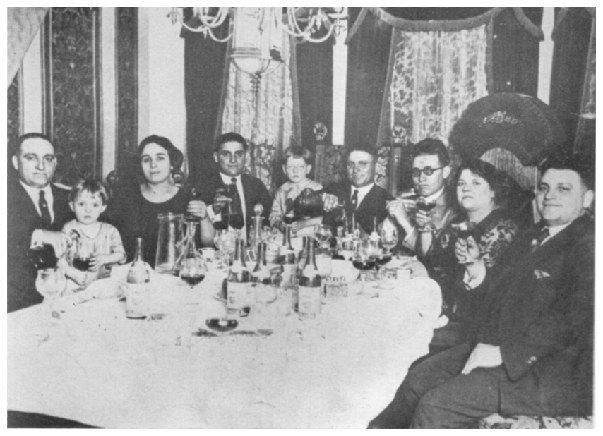 The Genna Brothers were six brothers who operated in the Chicago area through the Prohibition era from 1921 until 1925. By mid-1925, three of the six Genna brothers had been killed and the Genna Crime Family had been absorbed by the Chicago Outfit.

Despite being a prominent part of the Chicago underworld for several years, The Genna Brothers aren’t often spoken about. 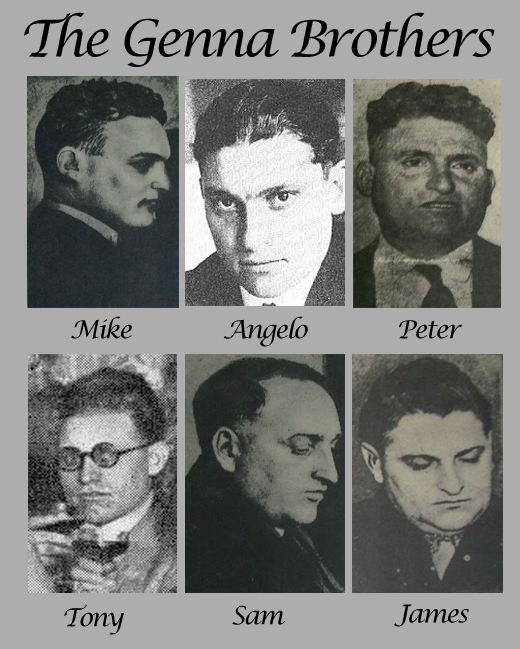 Tony Genna (July 12, 1890 – July 8, 1925) – Known as The Gentleman, was actually a qualified building contractor and architect with his own legitimate business. He was taken out in an ambush by Vincent Drucci and Bugs Moran.

Peter Genna (1880 – May 13, 1948) – fled with Sam and James after the deaths of the other 3 brothers but returned to Chicago later down the line to run a legitimate olive oil importing firm.

The Genna Crime Family was actually the ones that put an end to the life of Dean O’Banion. O’Banion practically signed his own death warrant after a mob sitdown.

It is said that O’Banion sat in with Al Capone, Frank Nitti, and Frank Rio to tally the week’s profits. Angelo Genna had dropped a large amount of cash, plus a sizable marker, and Capone suggested that they withdraw the marker as a professional consideration to Genna.

However, O’Banion telephoned Genna after the sitdown and ordered him to cough up the debt within 7 days. This was the final straw for the Genna family, who had up until now been restrained by Mike Merlo and the Unione.

After Mike Merlo passed away from cancer in 1924 the door was open for the Genna’s and the South Side gang to go after O’Banion.

Johnny Torrio ordered the Gennas to take out O’Banion; the brothers carried out the hit on November 10, 1924. Frankie Yale and two Genna hitmen; John Scalise and Albert Anselmi completed the hit.

In 1925, three of the Genna brothers were taken out by the North Side Gang which led the other three to flee to Italy. The Genna Crime Family would then be absorbed by the Chicago Outfit (including Scalise and Anselmi).

The hit on O’Banion then sparked an all-out war between the North and South which resulted in many deaths over the next 5 years, acuminating in the 1929 St. Valentine’s Day Massacre.