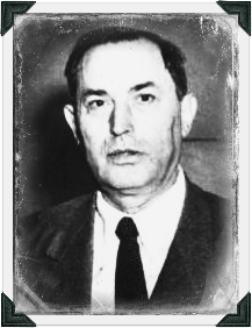 In 1921 Joe Profaci emigrated to the United States from Palermo, one of the late arrivals when we look at mob bosses around this era who came in 10-15 years before. He started off with some legitimate businesses in Chicago, from bakery stores to green grocers but none were successful enough. It was at this point in his life in 1925, where he would relocate to New York and gain the nickname would stick, “The Olive Oil King”, as he would start a successful Olive Oil Import business. By 1927 he was US citizen and he was already involved with the Sicilian gangs in New York.

On December 5, 1928, Profaci would become a mob boss in New York, a few months after mob boss Salvatore D’Aquila had been murdered during the start of the Castellammarese War. Given Profaci’s lack of experience in organized crime, it is unclear why the New York gangs gave him power in Brooklyn. Some speculated that Profaci received this position due to his family’s status in Sicily, where they may have belonged to the Villabate Mafia. Profaci may have also benefited from contacts made through his olive oil business.

By 1930, Profaci was controlling numbers, prostitution, loansharking, and narcotics trafficking in Brooklyn. At the end of the Castellammarese War Profaci was recognized as boss of what was now the Profaci crime family, with Magliocco as underboss and Salvatore Profaci as consigliere.

Profaci’s closest ally on the board was Joe Bonanno, who would cooperate with Profaci over the next 30 years.

By 1962, Profaci’s health was failing and Carlo Gambino and Tommy Lucchese tried to convince Profaci to resign to end the Colombo gang war between Profaci and the Gallo brothers. However, Profaci strongly suspected that the two bosses were secretly supporting the Gallo brothers and wanted to take control of his family. Profaci refused to step down and warned that any attempt to remove him would spark a wider gang war. Gambino and Lucchese did not pursue their efforts. 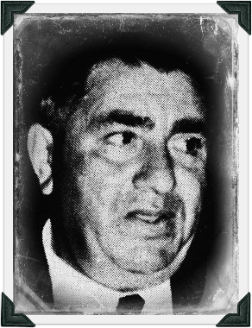 After the death of the long serving family boss Joe Profaci who started and led the family for over 30 years, his second in command would take charge, Joe Magliocco. However, Magliocco would step up to the top without full Commission endorsement.

He wouldnt last long either…

The year after taking control of the family Magliocco made plans with Joseph Bonanno to assassinate several rivals such as Tommy Lucchese, Carlo Gambino, and Stefano Magaddino. Both bosses were looking to make a power move, to get control of the whole syndicate.

Magliocco was assigned the task of killing Lucchese and Gambino, and gave the contract to one of his top hit men, Joe Colombo. Colombo however, had other ideas and thought this wasnt the best moves to make. Instead he went to the Commission.

The Commission summoned Bonanno and Magliocco to explain themselves. Fearing for his life, Bonanno went into hiding, leaving Magliocco to deal with the Commission. Badly shaken and in failing health, Magliocco confessed his role in the plot. The Commission spared Magliocco’s life, but forced him to retire as Profaci family boss and pay a $50,000 fine. If his health wasnt failing it could have turned out to be a very different ending.

Magliocco would eventually die in late 1963. Many believed that he had been poisoined by a vengeful Joe Bonanno.

As a reward for turning on his boss, Colombo was awarded the Profaci family. Which would then re-brand the family into what we know it today, the Colombo crime family… 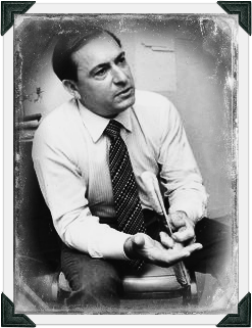 If you think of Joe Colombo the first thing thats probably springs to your mind is his death or The Godfather movie. When he took control of the family he was only 41 which made his one of the youngest bosses serving in the US at that time. Also, another trivia fact for your mob enthusiasts, he was also the first American-born boss of a New York crime family.

Unlike other mob leaders who shunned the spotlight, Colombo appeared on television interviews, fundraisers and speaking engagements for the Italian-American Civil Rights League, which was a league he set up in 1970 as an action group for IItalian-Americans who felt demeaned by the federal government and the entertainment industry.

In 1971 Paramount Pictures also came calling with a brand new movie called the Godfather, they needed Colombo’s help. However, due to the nature of the film many mobsters, and mob bosses werent happy about the film going ahead. Colombo himself banned words such as Mafia and Cosa Nostra from the film.

On June 28, 1971, Colombo was shot and seriously wounded at the second Italian Unity Day rally. As Colombo was approaching the podium to address the crowd, Jerome Johnson, a black street hustler, approached Colombo. Wearing press credentials from the league and disguised as a photojournalist, Johnson fired three shots from an automatic pistol into Colombo’s head and neck. Colombo’s son and several others wrestled Johnson to the ground. At that point, one of Colombo’s bodyguards quickly reached Johnson and shot him in the stomach several times. The crowd quickly dispersed, although some made a feeble attempt to continue the festival.

During the next 7 years, Colombo would remain paralyzed and acting bosses would run the family until his ultimate death in 1978. 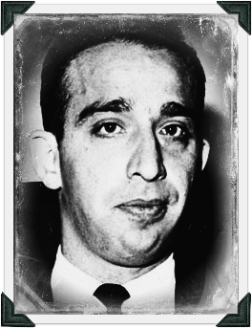 Carmine Persico was a complete opposite to Joe Colombo and preferred to stay away from the media spotlight, protecting himself with acting bosses, as you can see from the many bosses above this paragraph. They call him the ‘Immortal’ for a reason…

Persico has overseen numerous gang wars, murders, and major rackets, even though he has spent all but 4 years of his reign in prison. He has been serving a sentence of 139 years in federal prison since 1987, with an expected release date of 2050 when he will be 117 years old. He was even alleged to have been one of the hitmen in the Albert Anastasia hit in 1957, an order given to him by the current boss of the time Joe Profaci. The other gunmen were said to be the Gallo Brothers.

Persico went a long way to protecting himself and his position within the family, even if it meant promoting his son Alphonse to acting boss which nearly destroyed the family. He was also known as ‘The Snake’ for a reason as well…

As of September 2015, Persico was incarcerated at the Butner Medium FCI in Butner, North Carolina. The same prison as Nicky Scarfo.