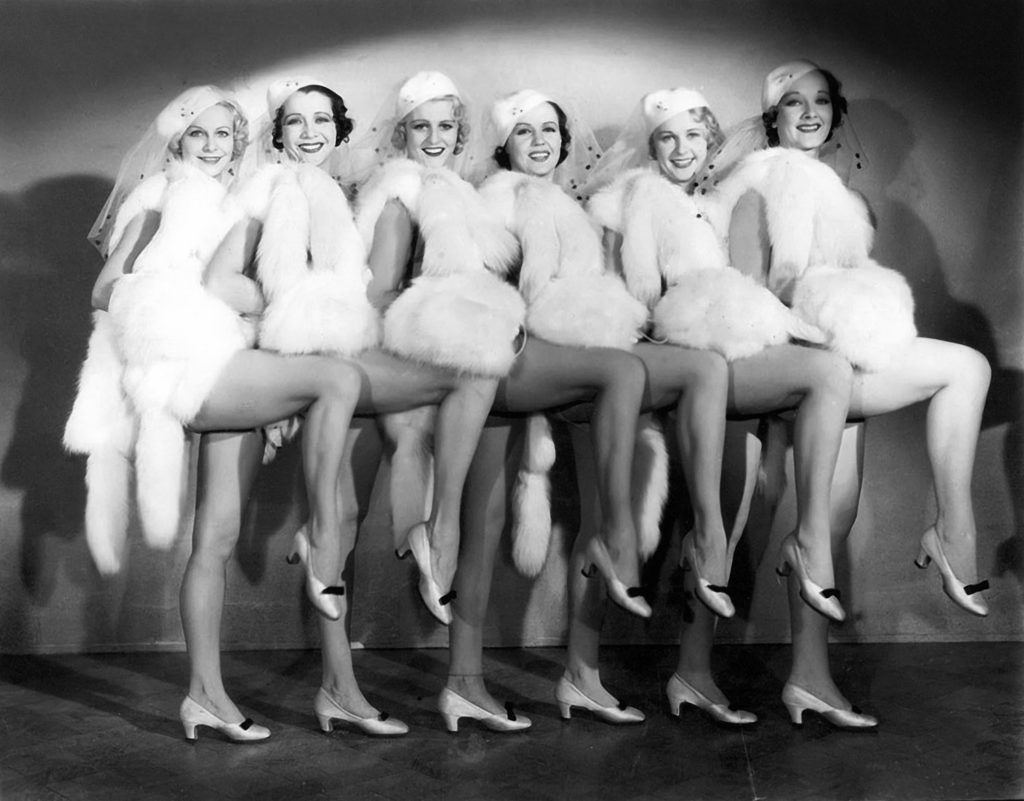 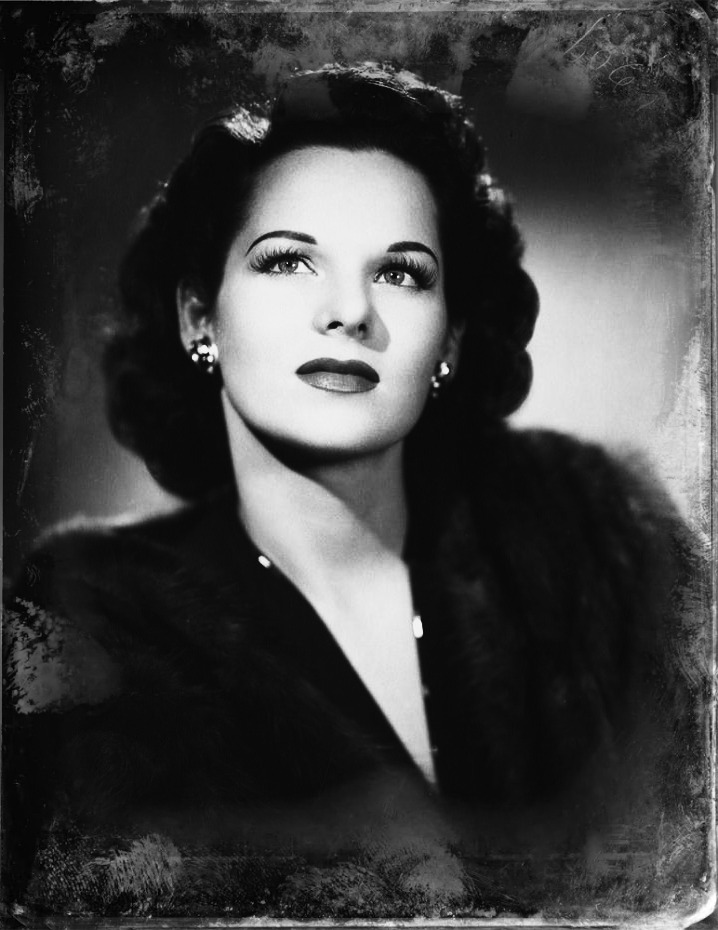 She was sassy, she was smart, she was well dressed…and she was good looking. To start any mob molls article off without featuring Virginia Hill would be pointless.

Most people around the world who aren’t even mob aficionados have heard the name, most notably because she was the glamorous girlfriend of hot-headed mobster Bugsy Siegel, and of course for the controversy surrounding his death in 1947. However prior to Bugsy she also dated Joe Adonis, an important mobster who had a hand in the formation of the modern Mafia structure.

The Flamingo was allegedly named after Virginia Hill as well, a name that Bugsy used to call her.

Hill would die in mysterious circumstances in 1966 at the age of 49, from an overdose of sleeping pills. 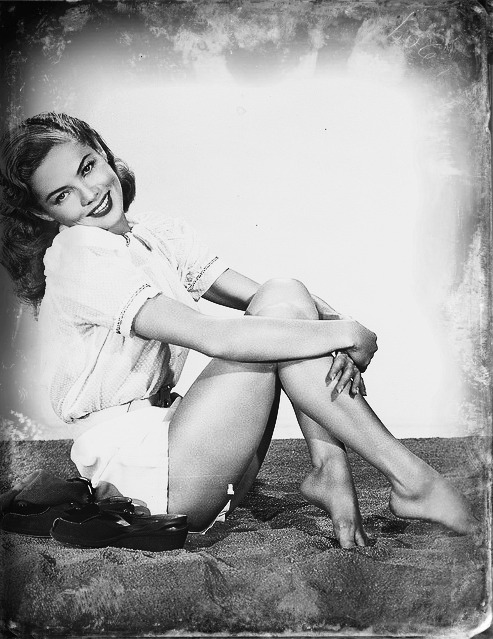 Dona Drake went by many stage names in the 1930’s and 1940’s, she was a successful dancer, singer and also a film actress, and she was beautiful. Its no surprise that she gained the interest of many male admirers during her career, one of them being mobster Louis Amberg.

Now not many of you will know the name Louis Amberg, but he was around in the 1920’s and early part of 1930’s. He worked with two of his brothers trying to take over control of Brooklyn’s racketeering scene. However, at this point in time he was up against the likes of Louis Buchalter and Jacob Shapiro. Needless to say Amberg was found in a burning car in 1935.

Drake claimed she never knew what Amberg did for a living when questioned by the police, and only knew him as ‘Mr Cohen’. 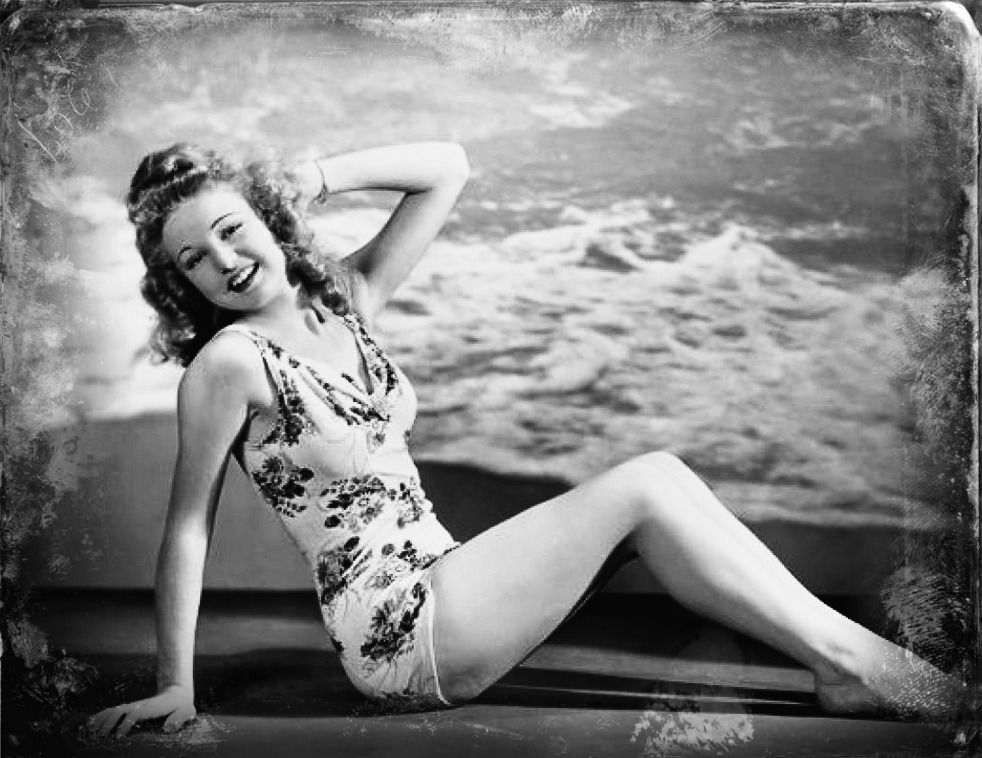 Janice Drake was a dancer and gained the title as Miss New Jersey in 1944. She was also the former wife of comedian Allan Drake, but it was her final love interest, mobster Anthony Carfano who would be responsible for her death, although not directly.

Carfano was driving home when they were both shot to death by two Genovese hitmen. Vito Genovese ordered Carfano’s murder because Carfano refused to meet with him after he took control of the Family in 1957. The only reason Janice Drake was murdered was because she was in the car and the killers didn’t want any witnesses.

An unfortunate case of wrong time and place. 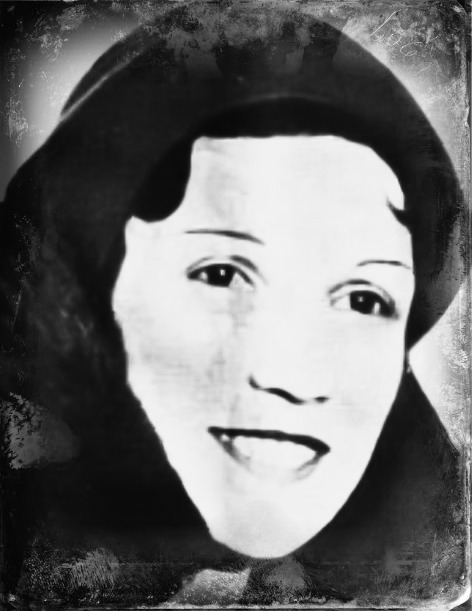 Lottie Kreisberger was a fashion designer in New York who married Vincent Coll in 1932 shortly after his acquittal from a case that involved in the killing of five-year-old Michael Vengalli in 1931. Vengalli was shot in a botched drive-by.

Lottie Coll as she was then known, would spend a few weeks with Vincent before she was made a widow, when he was killed in early February 1932. Both Dutch Schultz and Owney Madden had put a $50,000 bounty on Vincent Coll’s head. At one point, Schultz had actually walked into a Bronx police station and offered “a house in Westchester” to whoever killed Coll. Dutch would go on to die in a hit a few years later.

Lottie would later be convicted of carrying a concealed weapon and sentenced to 6 months behind bars. She was fearful of coming out of prison, worried that the killers of her husband would come after her as well.

Not much is known of what happened to her after the mid 1930’s. 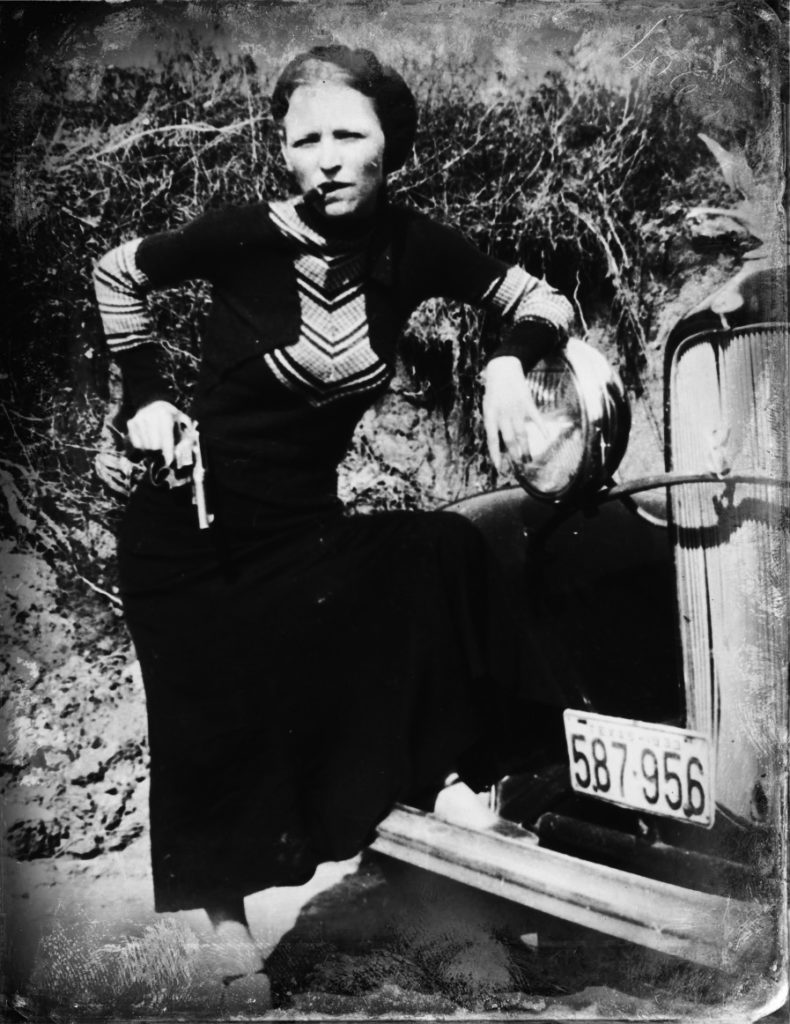 The list can’t be complete without mentioning this famous duo, as we all know Bonnie Parker was the legendary female companion to Clyde Barrow, who was just 23 at the time of her death in 1934. However, she wasn’t always devoted to Clyde, she actually married high-school sweetheart Roy Thornton in 1926 when she was just 16 years old, this marriage ended in early 1929 but Bonnie never took her Wedding ring off, neither did she divorce him.

In 1930, she met Clyde Barrow and helped smuggle him a gun into the prison in order to help him escape. When he was rearrested, and released two years later, she decided to join him as an outlaw.

After their notorious crime sprees, they were eventually stopped when Law Enforcement Officials ambushed their car and killed both of them in a hail of bullets. 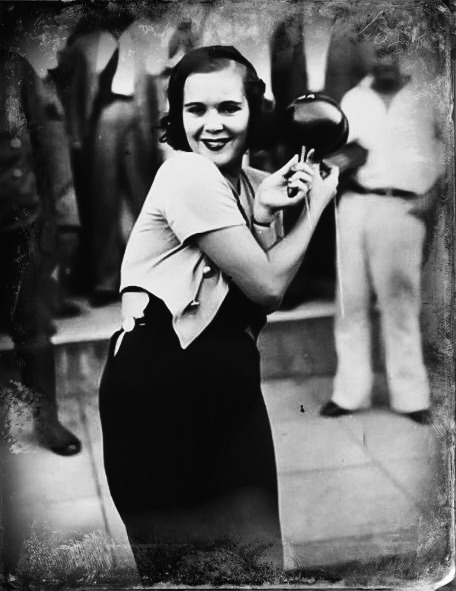 She happened to be one of the last people to see Jack “Legs” Diamond alive, and thus she was hauled in for questioning over the 1931 murder.

The publicity over Kiki’s affair with the legendary gangster definitely helped her career at first. But all good things come to an end, and gigs eventually became few and far between by the mid-1930s.

Kiki Roberts would eventually vanish from all news sources and media limelight by the end of 1936. 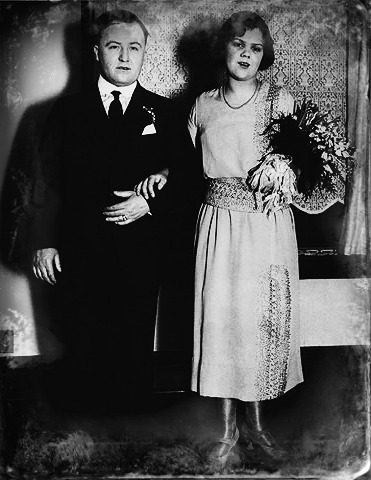 Helen Viola Kaniff was the wife of North side gang leader, Dean O’Banion. They were married on February 5, 1921, at our lady of sorrows. It wasn’t long after this that they bought an interest in William Schofield’s flower shop, which would serve as a legitimate front for Dean’s criminal operations, as well as a headquarters for the North Siders. It would also be the place his life would end just 3 years later at the hands of Frankie Yale and Genna gunmen John Scalise and Albert Anselmi.

Viola would never get over the death of O’Banion, and went off the rails. In 1929 she was stopped for speeding but not much else was noted up until her death which occured in Chicago in 1976, at the age of 75. 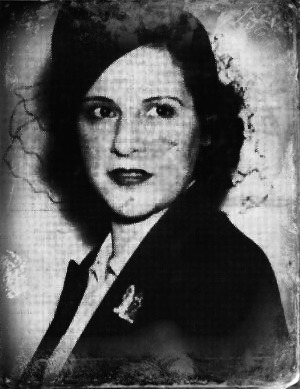 At the age of 26 Evelyn “Billie” Frechette fell in love and lived with notorious prohibition bank robber John Dillinger. Despite being in a relationship with him, she never got involved with the crimes he committed apart from on one occasion when she drove him to a Doctors when he was shot. She has planned to marry Dillinger but unfortunately she never got around to completing divorce proceedings from her previous marriage before Dillinger was killed.

In April of 1934 she was arrested by the DoI for harboring a criminal, in which she would spend the next two years in prison, being released in 1936. Dillinger was killed in a shootout with the FBI in July 1934 whilst his love was serving time behind bars. Dillinger spent the months leading up to his death trying to win an appeal for her, without luck.

Frechette ended up touring with members of Dillinger’s family to perform in a play called “Crime Doesn’t Pay.” after he release. 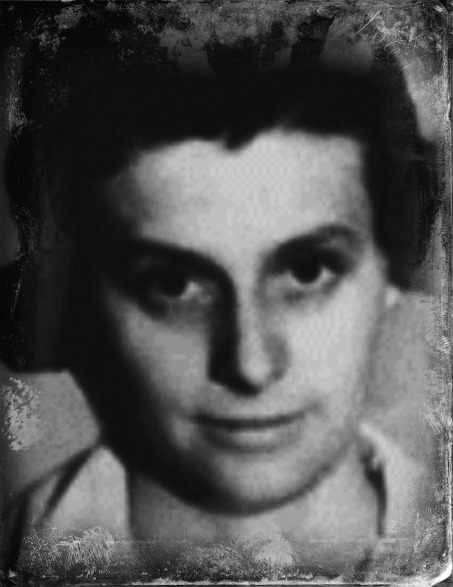 Helen Gillis was the wife of Lester Gillis aka Baby Face Nelson. Unlike other broads in this article she DID get involved with his crimes, and was an active member of the gang. After the death of John Dillinger in the summer of 1934, she, along with Baby Face and John Paul Chase decided to start a new gang. This was short lived when in November of the same year Baby Face was fatally shot in a police shootout, dying in Helen’s arms hours later.

His naked corpse was found the next day in a ditch next to a cemetery. Helen surrendered two days later and was sentenced to a year and a day at the Woman’s Federal Reformatory in Mila, Michigan. 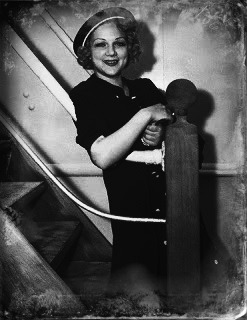 Last on our list is the stunning Galina Orloff who was born in Russia, and came to America at the young age of 16 following the American Dream. She achieved this, and soon appeared on Broadway and in newspaper and magazine columns.

She managed to stay in the USA after he VISA ran out by marrying a balcony usher, who ended up falling madly in love with her. She was purely doing it to extend her time in the USA.

By 1935, she had met Charles “Lucky” Luciano, but he was soon shipped off to prison for his alleged role in nationwide prostitution in the following year, and Orlova was booted out of America and went to Paris. The relationship was said to have broken down by 1938. But Orlova was still trying to win her man back, and during the time of Lucky’s release in 1946 she tried to get access to see him in Italy, but her request was refused.

Orlova tried unsuccessfully to find love with other men, and columnists wrote that she still hoped for a “Lucky” reunion one day. She ended up turning down a marriage proposal from a Wall Streeter in the hopes she would get to regain her relationship with Lucky.

Lucky however, was settled in Italy, and just 2 years after his release he went on to meet Igea Lissoni in 1948.

As for Orlova, we never knew if she managed to get across the border, nor do we know her date of death. There is rumor that around the same time that Lucky met Idea, Gay Orlova committed suicide in the late 1940’s.