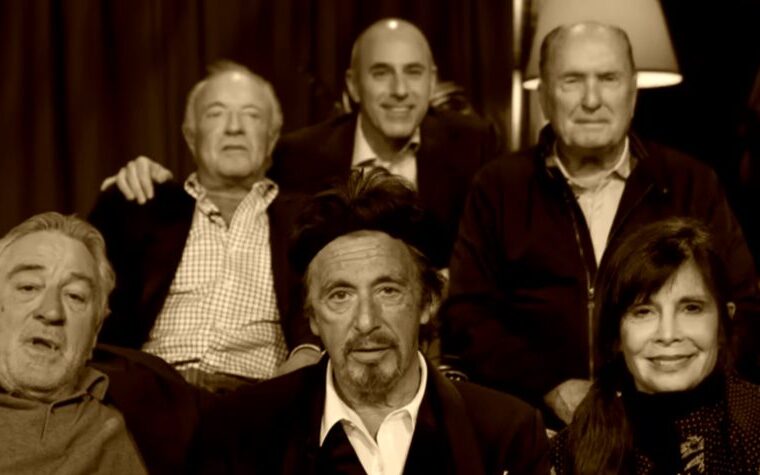 Al Pacino, James Caan, Robert Duvall, Robert DeNiro and Talia Shire are reunited for the first time in this 45th Anniversary special, thanks to Robert DeNiro who brought the cast back together for the Tribeca Film Festival a few months ago.

The Godfather was directed by a young and talented Francis Ford Coppola, and first appeared on screens back in 1972, soon becoming an Oscar-winning film.

The cast share some behind-the-scenes stories and secrets with the host of The Today Show, Matt Lauer, as well as getting questioned on which Godfather movie was the best out the first two, to which Robert Duvall (who didn’t get much chance to speak throughout the interview) replied with this great line:

“Better then the 3rd one”

DeNiro also recalls how he urged Pacino to audition for the Scarface role, and that if he didn’t, DeNiro would. Imagine that, DeNiro cast as Tony Montana?

At the time of filming the cast were in their early 30’s, and Pacino stated in the interview that they didn’t know anything about film making. He even thought at the time, that The Godfather might have been a flop, not realizing just how successful the film was going to be.

Now the cast are in their 70’s and 80’s, and reliving just how much The Godfather changed shaped their careers and lives.

It’s Official: “Our Thing” is Now at Raising The Bar Detroit

10 Beautiful Broads Connected To The Mob