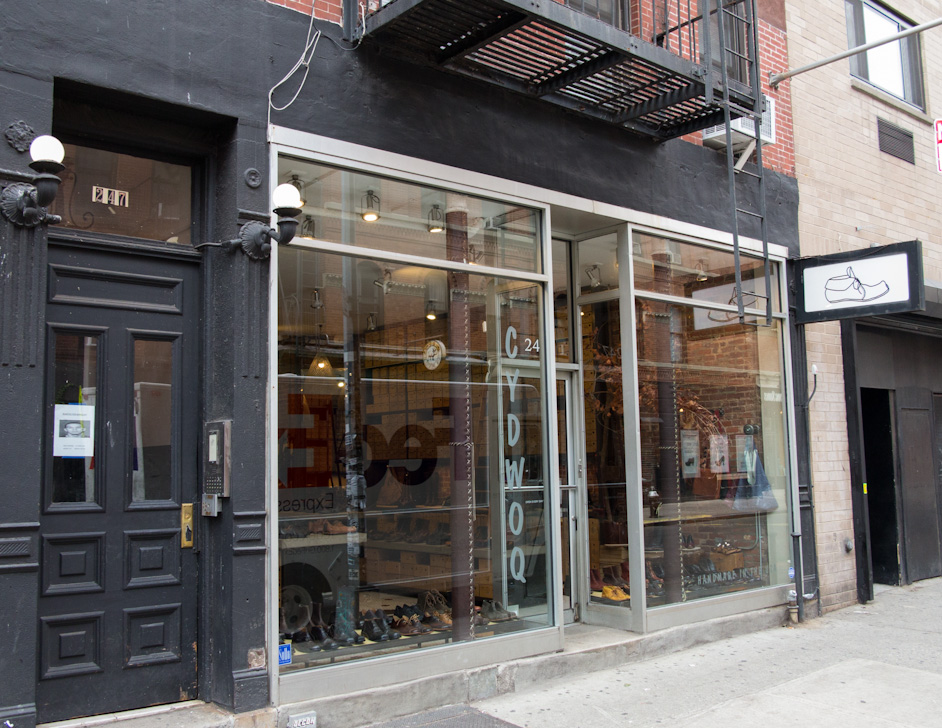 Over the years the mob have used many social clubs in order to hold meetings, the following are a look at some of the most popular clubs used by the likes of the Gambino’s and Genovese crime families, then and now.

The Gemini Lounge in Flatlands was a hotspot for Roy DeMeo and his crew in the 1980’s. He would often lure his contracted hits or victims to the lounge where he would dispose of them using dismemberment executions which were known as the Gemini Method.

Part of his crew were also the Gemini Twins, Anthony Senter and Joseph Testa, they were the most ruthless hitmen in the crew they were called this because they always worked together and always sat together in the Gemini Lounge.

By 1982, the FBI was investigating the enormous number of missing and murdered persons who were linked to DeMeo or who had last been seen entering the Gemini Lounge. It is around this time that an FBI bug in the home of Gambino family associate Angelo Ruggiero picked up a conversation between Angelo and Gene Gotti, a brother of John Gotti. 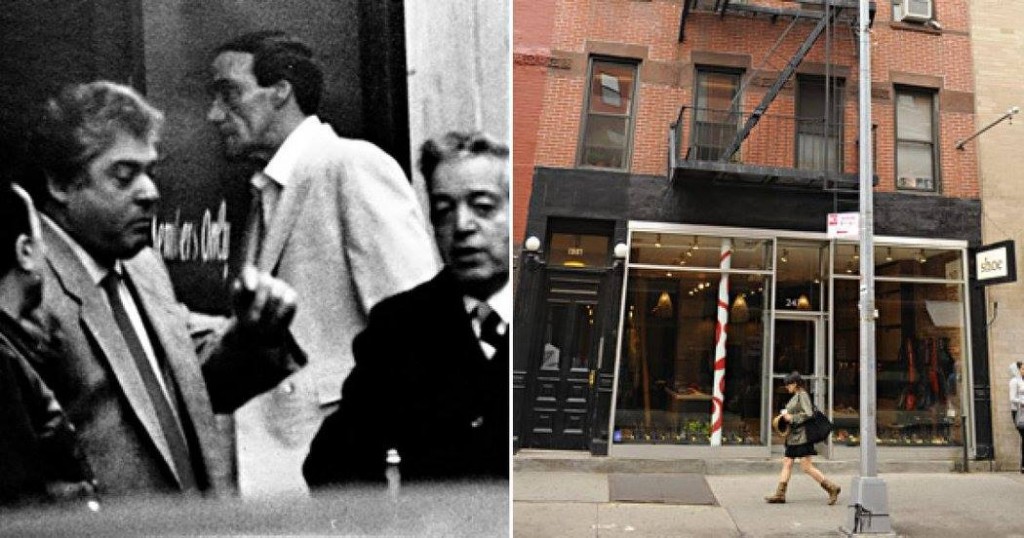 On Christmas Eve 1985, days after the murder of Gambino boss Paul Castellano, the FBI watched as 200 members and associates in the Gambino family stopped by to pay homage to the new boss, John Gotti. The FBI later planted a bug in the hallway and in an upstair’s apartment used by Gotti. Today the Ravenite is ‘Shoe,’ a trendy boutique that keeps gangster’s hours, not opening until noon. (Pictured: Anthony ‘The Roach’ Rampino (center) enters the Ravenite.) 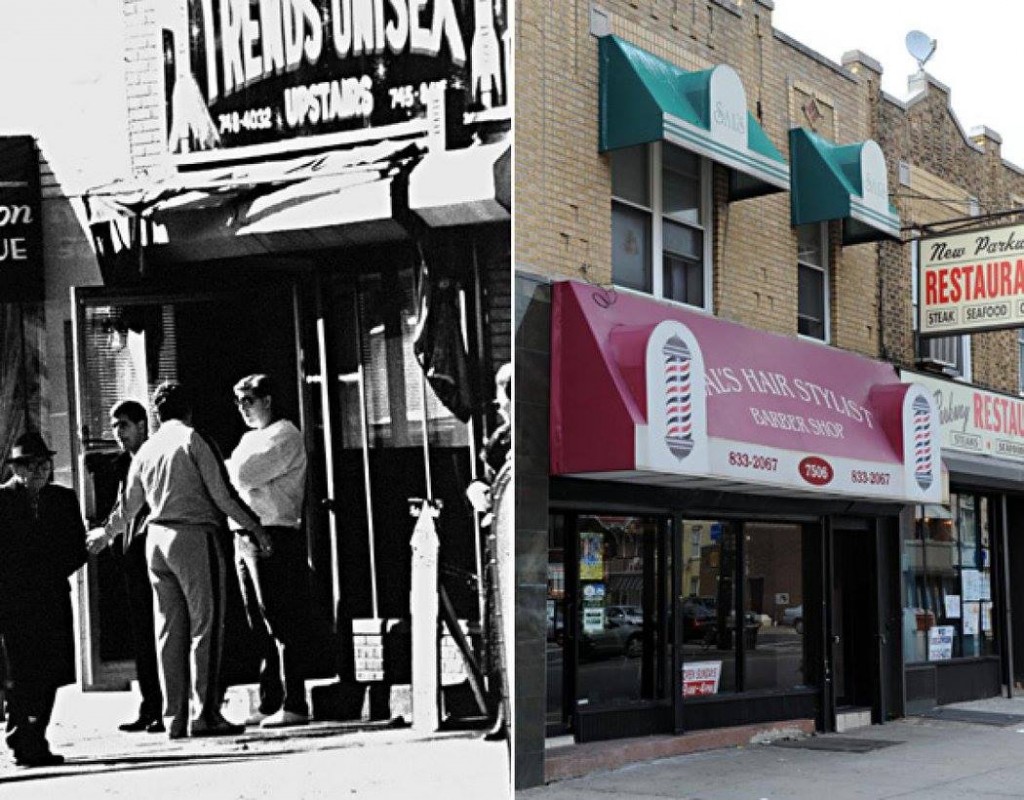 For years this was Colombo capo Greg Scarpa Sr. home away from home. At one point, one of Scarpa’s crew murdered a young woman they feared would turn informant. The woman was shot in the head, rolled up in a rug and disposed of elsewhere. Days later a dog running around the club walked up with the woman’s ear in its mouth.

Today the club is Sal’s Hairstylist and Barber Shop. On a back wall is a black-and-white artist’s rendering of the Dapper Don John Gotti sitting beside Marlon Brando’s Vito Corleone. There are also headshots of Al Pacino as ‘Scarface’ and other celebs. City records show the property has been owned by Salvatore Pellegrino since the 1970s. (Pictured: Carmine Sessa outside in black jacket) 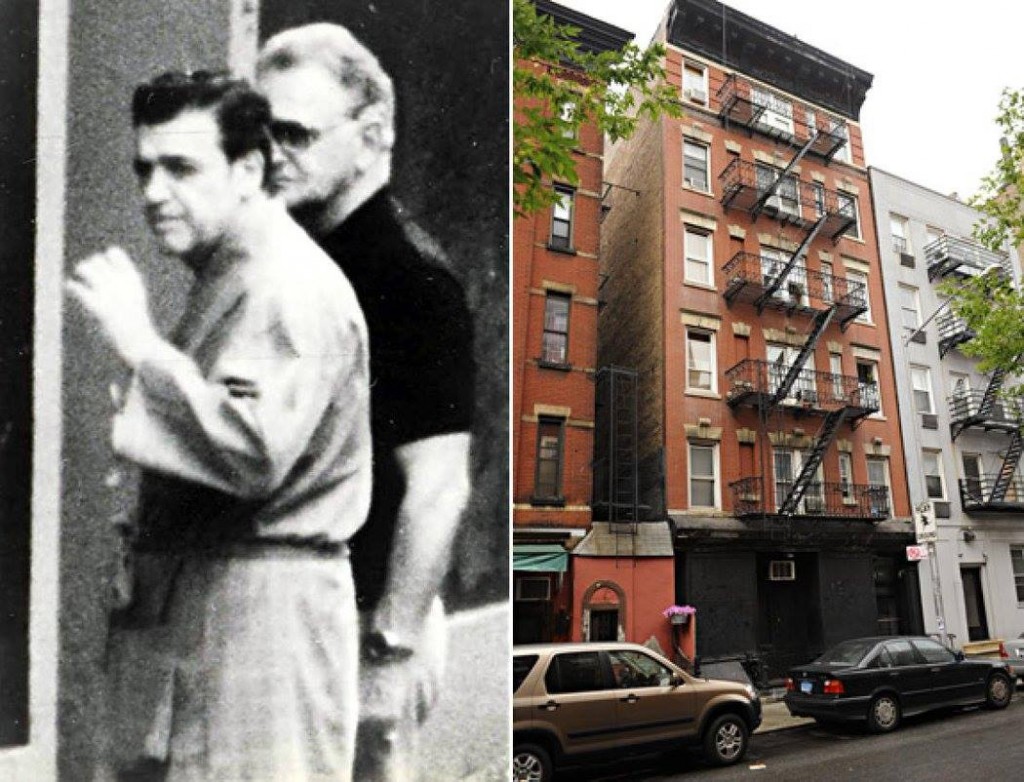 Once a meeting place for Genovese boss Vincent (Chin) Gigante, who lived nearby with his mother and performed a decade-long crazy act roaming the streets of Greenwich Village in robe and slippers. Gigante is shown in photo in a more lucid state outside the club. Today the club is shuttered and padlocked, painted black over graffiti. A tenant of the building said it’s been empty for years: ‘I never see it open.’ (Pictured: Vincent ‘Chin’ Gigante outside the club in the early ’80s.) 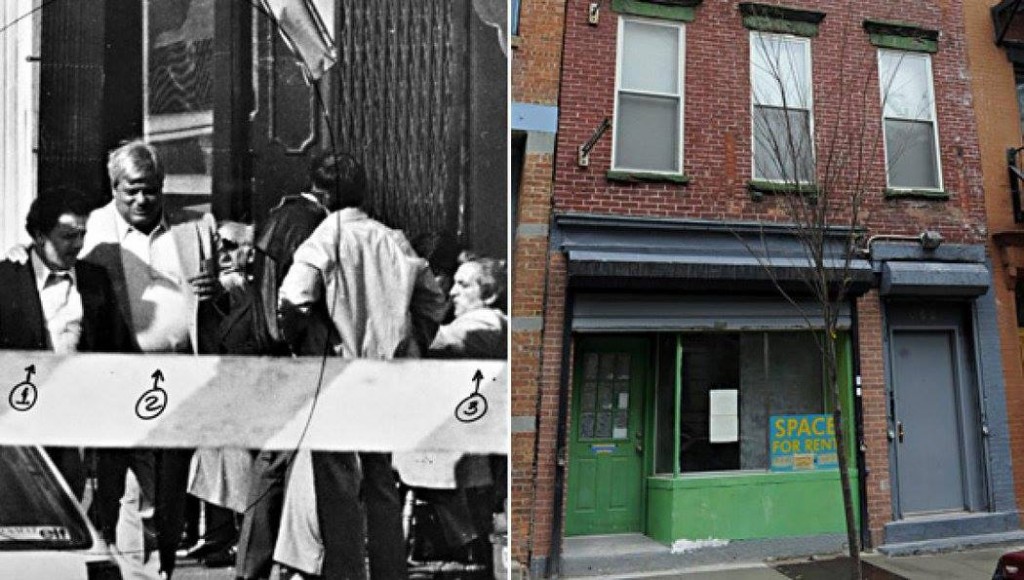 Once this served as the hangout of Anthony ‘Fat Tony’ Salerno, the pretend boss the Genovese family put up to cover for Chin Gigante. Here was the mob’s corner outpost in what was once an Italian neighborhood and is now primarily Hispanic. The FBI bugged the place for 18 months in the mid-1980s, using Fat Tony’s recorded words against him. Most recently the club was a boutique with lime green interior. It’s now empty and up for lease. (Pictured facing camera: Jimmy Ida, Matty Ianniello and Josehp Brancaccio.) 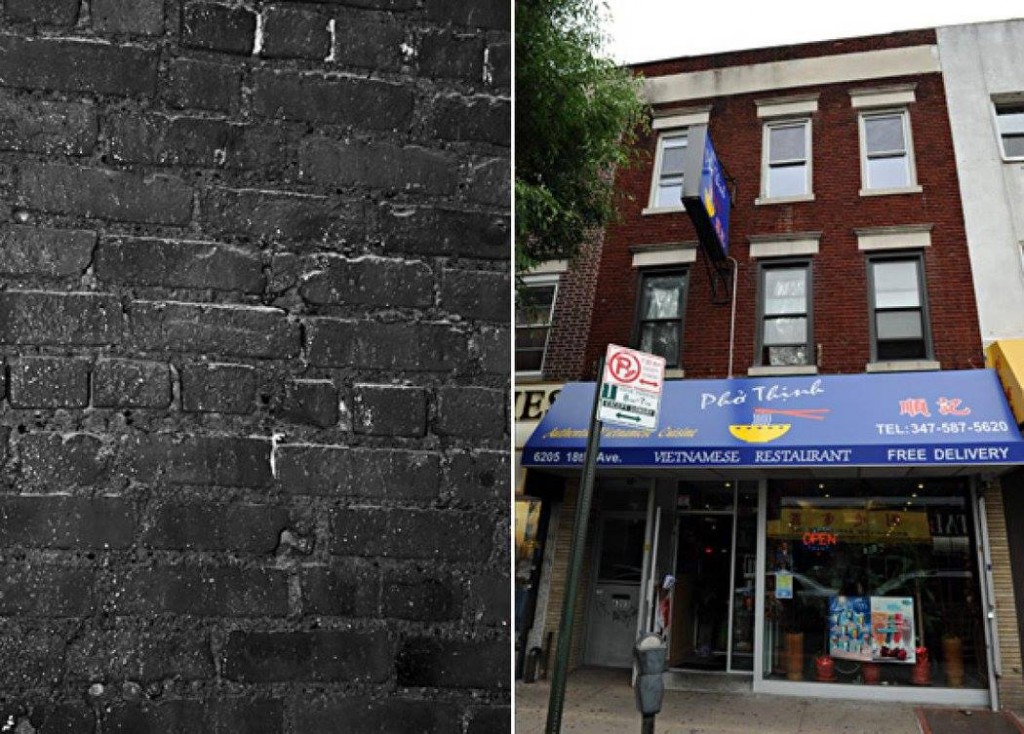 A longtime haunt of Gambino underboss Salvatore (Sammy Bull) Gravano. The bar’s owner, Michael DeBatt, was shot in the head by a member of Gravano’s crew and left bleeding on the floor. Today it’s Pho Vietnamese, a newly opened restaurant. The owner makes a point of showing off bullet pock-marks in the exposed brick wall.

The Motion Lounge was a Williamsburg, Brooklyn, nightclub owned by Bonanno crime family caporegime Dominick Napolitano which also was the capo’s apartment away from his home. He kept his pigeons on the rooftop of his apartment building.

It was one of the central locations in FBI agent Joseph D. Pistone’s six-year undercover operation to infiltrate the Mafia, and featured prominently in the film Donnie Brasco.

The lounge served as a mob headquarters from 1957 until early 1979. The robbery of Lufthansa’s secure freight storage at the Air Cargo Center on December 11, 1978, had its genesis in the lounge when Lufthansa freight supervisor Louis Werner described to the assembled mob-connected customers how a fortune in valuable freight could be stolen despite Lufthansa’s security, described as “impregnable”. An estimated $5 million in currency and $875,000 in jewels were stolen in that robbery, described at the time as the “largest cash robbery ever committed on American soil.”

According to Lucchese crime family associate Henry Hill, multiple mob victims were buried at the bar, describing it as Burke’s private cemetery. Bodies including Dominick “Remo” Cersani and Michael “Spider” Gianco, found under the bocce courts.

Under the club, in the basement, was another graveyard for wiseguys. A human leg bone and a portion of a human shoulder bone were excavated from the basement of the lounge on June 6, 1980. The bones were thought to have been those of two of James Burke’s associates, Thomas DeSimone and Martin Krugman.

It is now a Caribbean restaurant.

What is a Soldier? – Mafia Family Structures

13 Places Where Mobsters Got Whacked: Then & Now 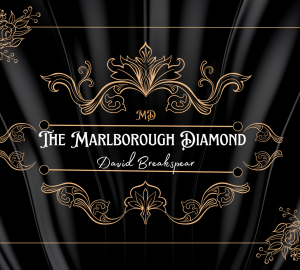