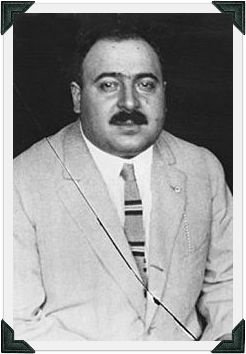 Big Jim wasn’t actually the first boss of the Chicago Outfit, as it wasn’t called the Outfit until after his death. However, he played a major role in the pre-prohibition days of the gang, in creating a vast prostitution empire in Chicago.

By 1909, Black Hand extortion was a serious threat to Colosimo in Chicago. This is when he brought in Johnny Torrio, his nephew, from Brooklyn and made him his underboss. The following year, in 1910, he opened Colosimo’s Cafe, a restaurant and nightclub at 2126 South Wabash.

His downfall came in May of 1920, when at the age of 42, he made a bad choice. In 1920 Prohibition took effect across the USA, and Torrio saw the opportunity to enter into the bootlegging business, taking the gang into a new era of business. The only problem was that Colosimo didn’t want to go down this line. After numerous persuasion attempts Torrio knew he had to remove Big Jim from his post.

Johnny Torrio, with the aid of his young protégé Al Capone, and the help of New York mobster Frankie Yale, decided to plot Big Jim’s downfall. He was shot in the back of the head, in his restaurant by Frankie Yale or Al Capone. 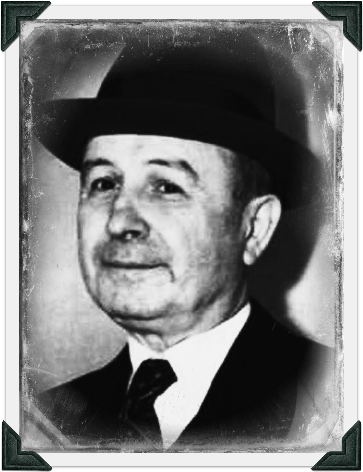 With Jim now out of the way, the gang became the Chicago Outfit and were free to enter into the bootlegging of alcohol, which they did. Torrio took charge for the next 5 years, with Al Capone as his underboss. The roaring 20’s were also a period where North and South tensions rose to boiling point as each gang tried to inch into occupied territory.

Torrio was 38 when he took over the outfit and for the next 5 years he would develop the Outfit into a force to be reckoned with. Even after his time he was still widely influential, advising the Genovese Crime Family, and even putting forward the idea of a National Crime Syndicate in the 1930’s.

He was classed as the smartest of all the mobsters of his time, and his talents as an organizational genius were widely respected by the major gang bosses in the New York City area.

In 1925 he decided to hand the Outfit over to Capone after North Siders Hymie Weiss, Vincent Drucci, and Bugs Moran attacked Torrio as he was returning to his apartment at 7011-13 South Clyde Avenue from a shopping trip with Anna, his wife. This attack was in retaliation for the Dean O’Banion hit a year prior.

Torrio was struck in the jaw, lungs, groin, legs, and abdomen. Weiss attempted to deliver a coup de grâce into Torrio’s head, but the gun had jammed. Instead, Weiss kicked Torrio repeatedly in the stomach and Moran hit Torrio with a billy club. Luckily for Torrio the 3 men decided to leave at that point, either in an attempt to not get caught by Police or maybe some other reason.
Whatever the reason, Torrio miraculously survived the attack somehow.

Enough was enough though, and he handed the control to Capone, who would spark a 6 year reign as the Outfit leader, taking them through the most violet part of their history. 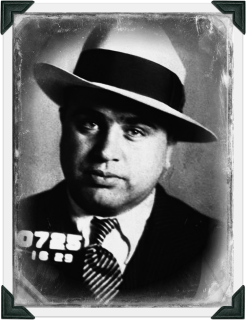 In early 1925 at the age of 26 Capone would step up and lead the Chicago Outfit into a new era. With political protection and law enforcement on their payroll, the organization flourished in illegal activities. However, it was his violence that would really put the outfit on the map as this helped increase revenues.

During the 1920’s Capone had a tight hold on Chicago and any establishments who refused to buy alcohol from him, ended up blow-up. He never shied from the public eye either, and was one of the first mob bosses to venture into the public and media, wearing custom-made suits, expensive jewelry, while smoking expensive cigars. His favorite drink was Templeton Rye.

All this made his a local and national celebrity, as he was quoted in saying that he was a businesses man just giving people what they wanted. Including a stint in 1931 when he opened up soup kitchen to unemployed men.

The North and South tension during Capone’s reign was arguably at its worst, with the shootings of mob boss Hymie Wiess in 1926, and then the penultimate St Valentines Day Massacre in 1929 which you can read about or watch the video here.

In the end, it wasnt a shot to the head that took Capone out, or an overthrow from the North Side gang, it was Tax Evasion. From the month after the massacre it all went down hill, and he was arrested by FBI agents to testify to a grand jury on violations of prohibitions laws. He was also charged with contempt of court.

Over the next few years Capone would be in and out of the court room until, in 1932 at the young age of 33 he was sent to Atlanta U.S. Penitentiary. A year previous to this control of the family was given to Frank Nitti in 1931.

Capone’s health would slowly deteriorate over the course of the next 15 or so years, leading to his death in 1947. 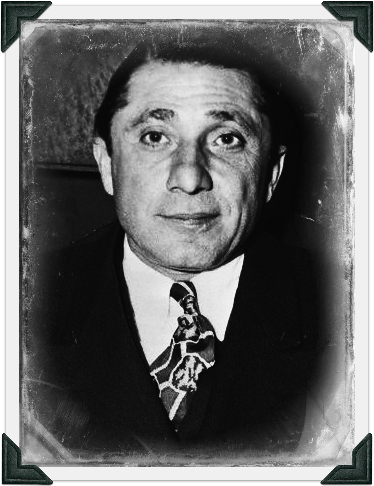 In 1931 at the age of 45, Frank Nitti was also being convicted of Tax Evasion along with Al Capone, the difference was that Nitti only received and 18-month sentence rather than Capone’s 11 year stretch.

This time in prison really took its toll on Nitti though and spending that time in a close space brought out his claustrophobic awareness. In 1932 Nitti would become the Outfit front man, although many say that he was simply an acting boss for the next 11 years, and Paul Ricca was the real man in charge. Although many accounts disprove this and confirm he was Capone’s successor as he was more experienced at this time than the younger Ricca, and already had a strong reputation.

Nitti would help move the Outfit towards labor unions and extortion, branching them out from gambling and prostitution rackets. This move would prove to be a very successful one.

After 11 years in charge, Nitti was again facing time in prison due to the Hollywood Film Industry extortion case. He along with many other high-ranking members were facing prosecution and lengthy terms. These also included Paul Ricca, Johnny Roselli and Louis Campagna.

Rather than facing time in prison, and fearing the claustrophobic nature of the cells, he decided that the day before his scheduled grand jury appearance, he would shoot himself in the head at a local train yard.

The power then went to Paul Ricca in 1943, who would turn out to be one of the most successful Outfit bosses there ever was. 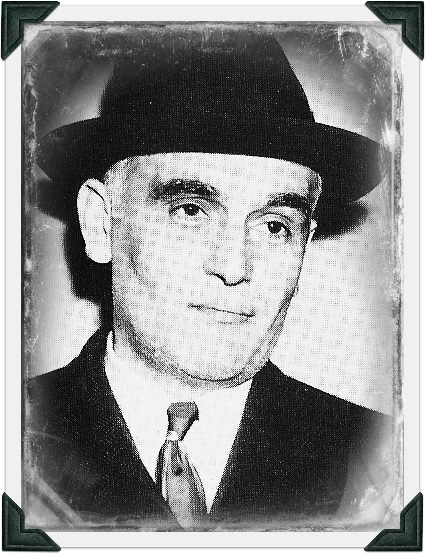 After the death of Nitti in 1943 Paul Ricca was ready and prepared to take over the Chicago Outfit, something

that may have happened anyway, as Nitti was being urged to take full blame of the Hollywood Extortion racket to save Ricca and others from prison time, because the idea was Nitti’s brainchild.

Ricca with Tony Accardo as underboss would then go on to run the Outfit throughout another successful era.

Ricca was fairly soft-spoken, but was as ruthless as any crime boss. Whenever he wanted someone rubbed out, he said, “Make-a him go away.”

Despite serving a 10 year prison spell from 1943 he still controlled the family, with Accardo being his man on the outside. However, after his parole in 1947 he was advised that he should have no contact with mobsters if he didnt want to break his conditions.

It was at this point Accardo would step up as boss.

Although, it is common knowledge that the leadership was shared between the two. All that happened in 1947 is that Ricca stayed in the background but no major transactions, mob hits, or decisions took place without Ricca’s knowledge and approval.

Accardo then become the face of the Outfit. 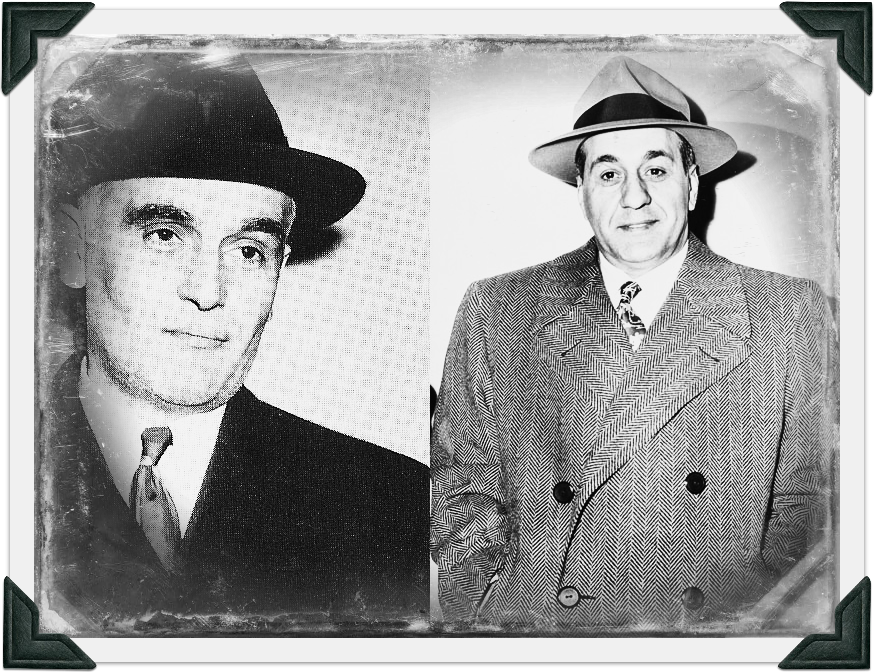 Ricca and Accardo unlike any other combination in mob history worked extremely well together and as the 1950’s began, Ricca started passing more of the day-to-day operation of the Outfit to Accardo.

However, in 1957 they decided to place Sam Giancana as an acting boss of the family as Accardo was facing tax evasion charges and they both thought it was best if Accardo disappeared for a while. Despite Giancana being a the top it was said that all decisions still went through Ricca and Accardo.

This tactic by the pair of mobsters, helped them to avoid prison time unlike the media friendly Capone.

As Ricca began to age, Accardo began to make more of the high level decisions, ultimately pushing Giancana out in favor of Sam Battaglia in 1966. Eventually age caught up with Ricca and at the age of 74 he passed away from heart-attack in 1972 leaving Accardo as the sole Outfit boss. 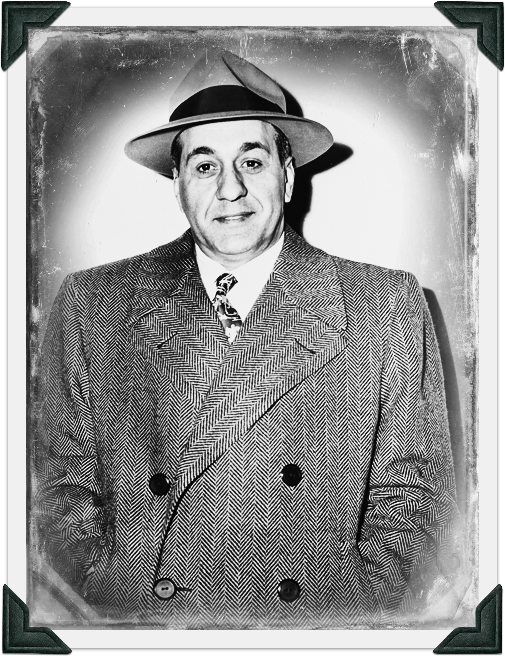 From 1972 until his death in 1992, Accardo would really help push the Outfit forward and it went through its most successful period under the Big Tuna, the golden era of business and profit making. At this point in time, Accardo had already been a high-ranking member of the Outfit since the early 40’s, and all in all spent an incredible 6 decades at the top of the family.

During his reign he ventured into slot machines and vending machines, counterfeiting cigarette and liquor tax stamps and expanded narcotics smuggling. Accardo placed slot machines in gas stations, restaurants and bars but perhaps his biggest venture was taking the Outfit out of Chicago and branching its operation out to Las Vegas.

Accardo even took influence over gaming away from the five families of New York, by making sure that all the legal Las Vegas casinos used his slot machines.

In Kansas and Oklahoma, he took advantage of the official ban on alcohol sales to introduce bootlegged alcohol in a similar way Prohibition mobsters did.

The Outfit eventually dominated organized crime in most of the Western United States. He wasn’t stupid though, and to reduce the Outfit’s exposure to legal prosecution, Accardo phased out some traditional organized crime activities, such as labor racketeering and extortion.

He even converted the Outfit’s brothel business into call girl services.

Ricca once said, “Accardo has more brains for breakfast than Capone had in a lifetime.”

However, all good things must come to an end and at the age of 86 Accardo would pass away. 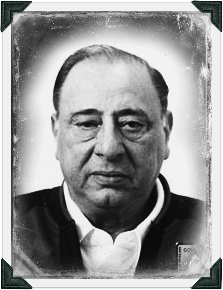 Samuel Carlisi had a brief stint as acting boss from 1989 until the passing of Tony Accardo in 1992, at which point he would become the front man of the Outift for a 4 year period leading up until 1996 when he was sent to prison.

He was in his late 70’s himself when he took on this role, and was 81 when he passed the leadership on.

Carlisi started his criminal career with the Outfit as a driver for mobster Joseph Aiuppa and he was Uncle to Dominick DiMaggio and Nicholas DiMaggio who were also Outfit members.

Sam passed away a year after he gave leadership up, at the ripe age of 82. 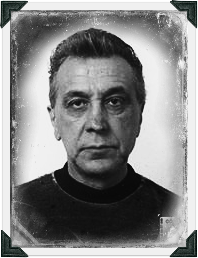 The current reputed boss of the Outfit since 1996 is John DiFronzo who took control when Carlisi was convicted of mob racketeering, loansharking, and arson.