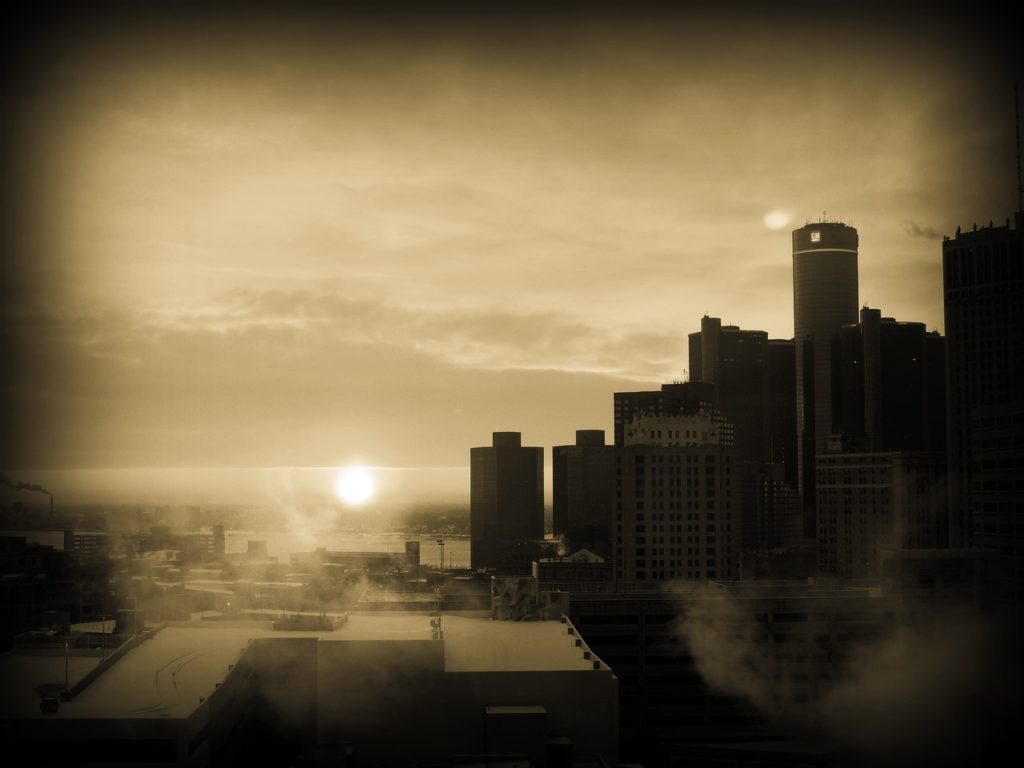 The past is always present in the future, but sometimes the past can easily be disguised. Take Detroit for example, a city that has a dark and violent history that isn’t always present to the eye today. The truth is, that some of the iconic landmarks around the fourth-largest city in the Midwest, hold secrets from the past, hidden behind some of these forgotten sites and hangouts.

Most notable the Purple Gang, a group of bootleggers and led by Abe Bernstein in the 1920s who used extreme and excessive violence during the roaring twenties, which ultimately caused the gang to disperse in the 1930s.

We will now take you back, on a virtual tour of Detroit starting with a trip to Grosse Pointe Park, an affluent city in Wayne County.

Two houses stir up interest here, the first is 701 Middlesex Road which was once owned by a top Detroit Partnership enforcer, whilst his neighbour across the boulevard at 702 was owned by none other than underboss Tony Zerilli, the son of long-time mob boss Joe Zerilli, who ran the syndicate from 1936 – 1977.

The interesting fact about these two houses is they are connected by tunnels that run across the street, and they both had many James Bond styled quirks. From peepholes in the doors that were designed for gun barrels to fit through, a basement entrance protected by an iron gate and even an empty space that isn’t recorded on the blueprints, situated behind one of the closets in the house. 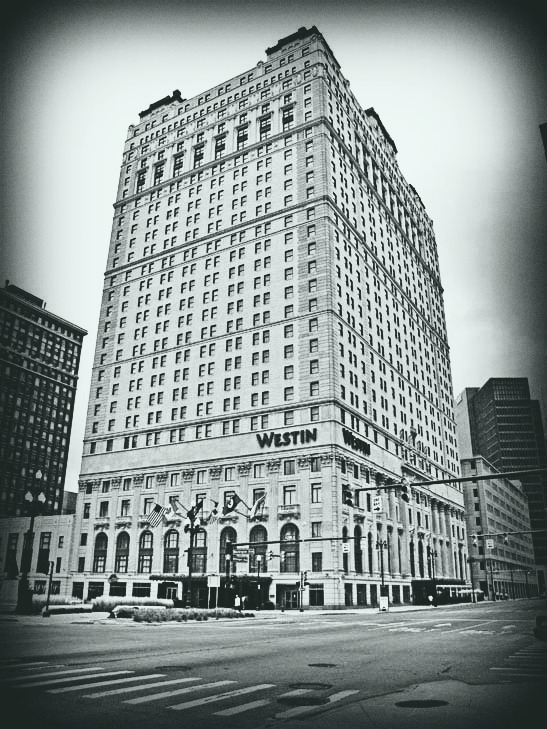 It soon become the main Purple Gang HQ, seeing many meetings over the years, and in fact became Abe Bernstein’s residence until he passed away in 1968. Abe lived in a suite on the top floor of the hotel. 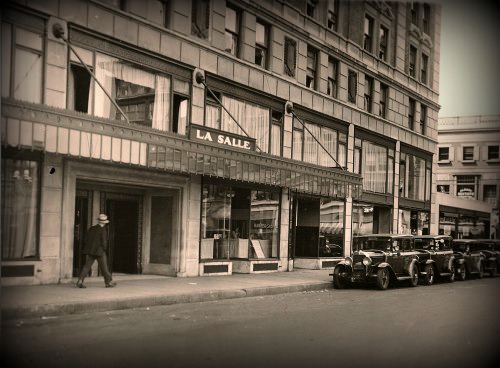 Jerry Buckley was a 39 year old radio commentator, and also worked as an investigator for Henry Ford as well as a special investigator for the government. In 1930 hee campaigned for the recall of Mayor Charles Bowles in the wake of corruption allegations. The campaign was successful and on the next morning Buckley was approached by three men and shot eleven times in the lobby of the LaSalle Hotel.

We now know that the murder had more to with underworld blackmailing than politics. Detroit Police Commissioner Thomas C. Wilcox declared that Buckley was a known extortionist and racketeer. 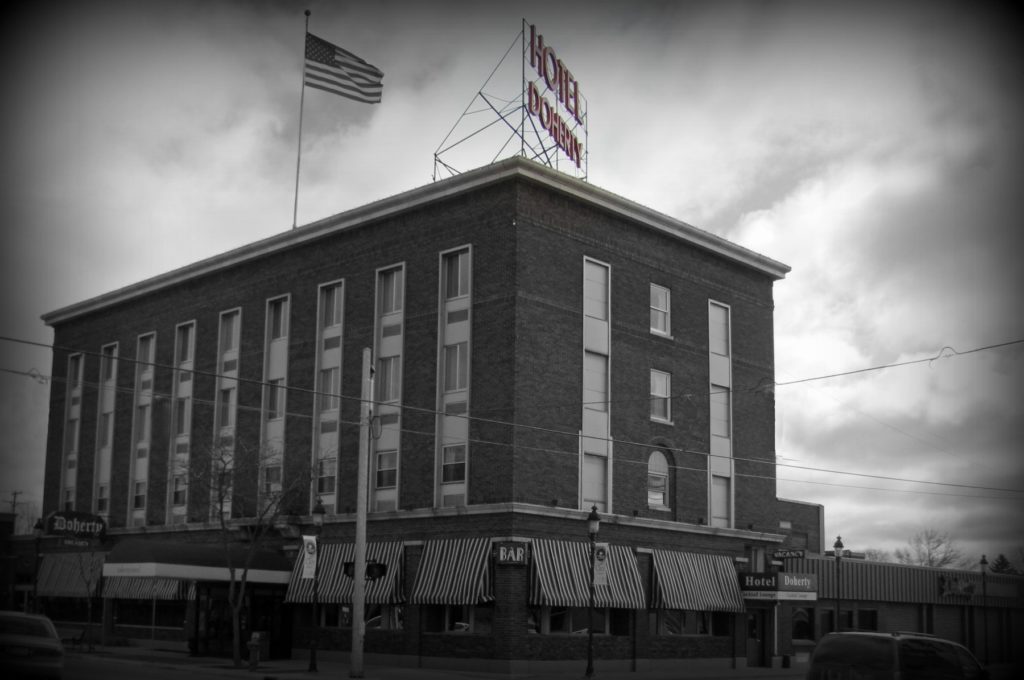 Another hotel makes it onto our list, and this time we venture into May of 1938 when an event would make its mark as one of the hotels most famous happenings.

Central Michigan oil promoter, Carl Jack Livingston who was also a Purple Gang Associate got into a dispute regarding real estate with his cousin and lawyer Isaiah Leebove.

Livingston was also worried that Leebove was closely aligned with Meyer Lansky and Arnold Rothstein, who had put a contract on his life.

Purple Gang enforcer Sam Burnstein was present at the table in the Doherty Hotel restaurant where Leebove and his wife were eating, when Livingston came in and shot and killed his cousin.

Livingston was found not guilty by reason of temporary insanity. 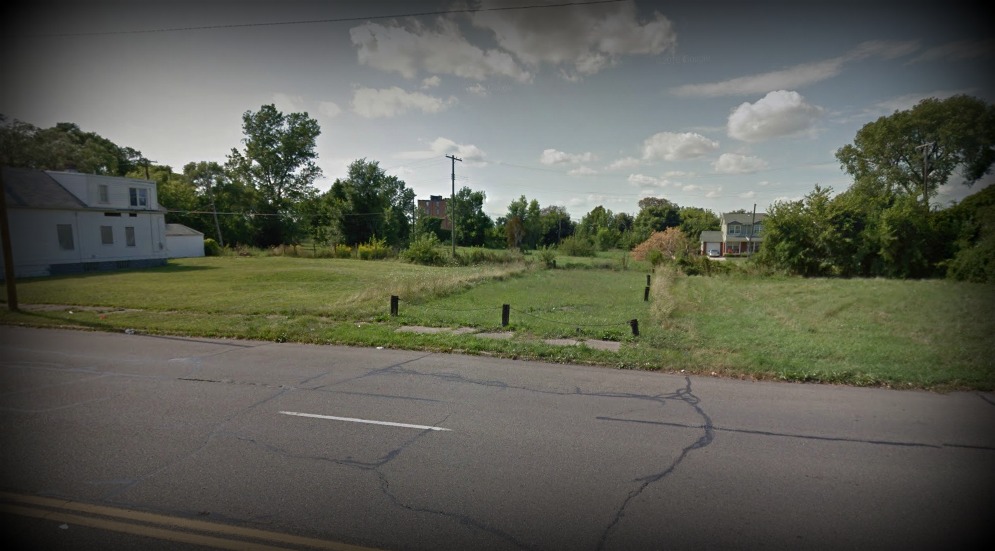 After the death of Sam Catalanotte back in 1930, after contracting pneumonia, the Detroit underworld would go through some drastic changes as they began to split into two factions.

The West Side was controlled by Chester La Mare, whilst the East Side was led by Black Bill Tocco, Joe Zerilli and Angelo Meli.

On the afternoon of May 31, 1930 Gaspare Milazzo was sent by Sal Maranzano from New York in order to make peace between the two factions. Milazzo and his bodyguard, an East Side solider by the name of Sam Parrino went to the Fish Market located at 2739 East Vernor Highway, Meli should have attended but had suspicions.

Peace talks never happened though. West Side hitmen ambushed them and fired at the two men.

La Mare was the man behind the attacks, but he himself would be killed months later in retaliation for the attacks.

The fish market that was located behind the old Michigan Central Station is long gone. It was roughly diagonal from what is now the 555 Gallery – a former police precinct. 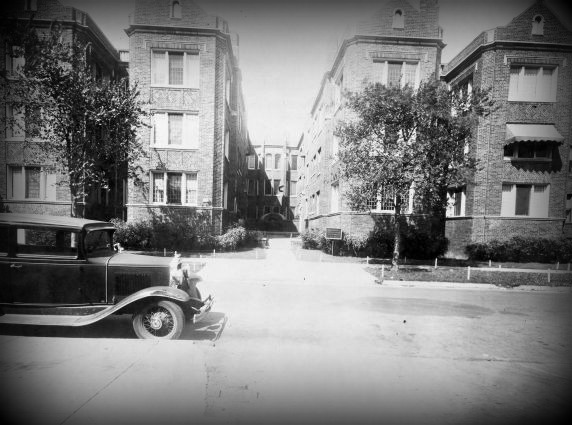 In mid September 1931, three Chicago gunmen were killed in what was known as the Collingwood Manor Massacre. The hit was ordered by Detroit’s Purple Gang after the Chicago men had broken their trust.

The back story is that the three men were given an ultimatum by Al Capone after extorting one of his speakeasy’s, either flee Chicago for good or end up in a Chicago Overcoat. The men fled to Detroit, and whilst in Detroit the 3 gunmen tried to over power the Purple Gang, bad choice.

Ray Bernstein would use Sol Levine as an unknown accomplice to the crime. Levine was a good friend of both groups, and watched the events of that day unfold before him. 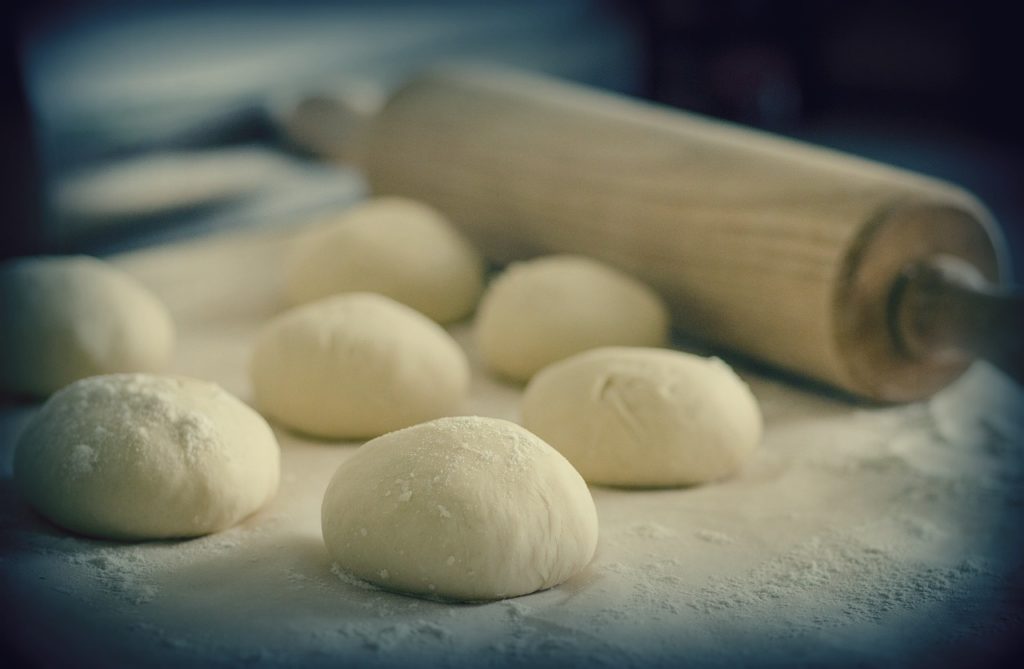 Underboss Tony Zerilli owned a number of establishments throughout Detroit, using the Detroit Italian Bakery as his chosen headquarters, but also owning the Pasta Palace, which was tied to the famous “French Connection,” as they were importing gallon cans of pasta sauce with kilos of heroin inside. 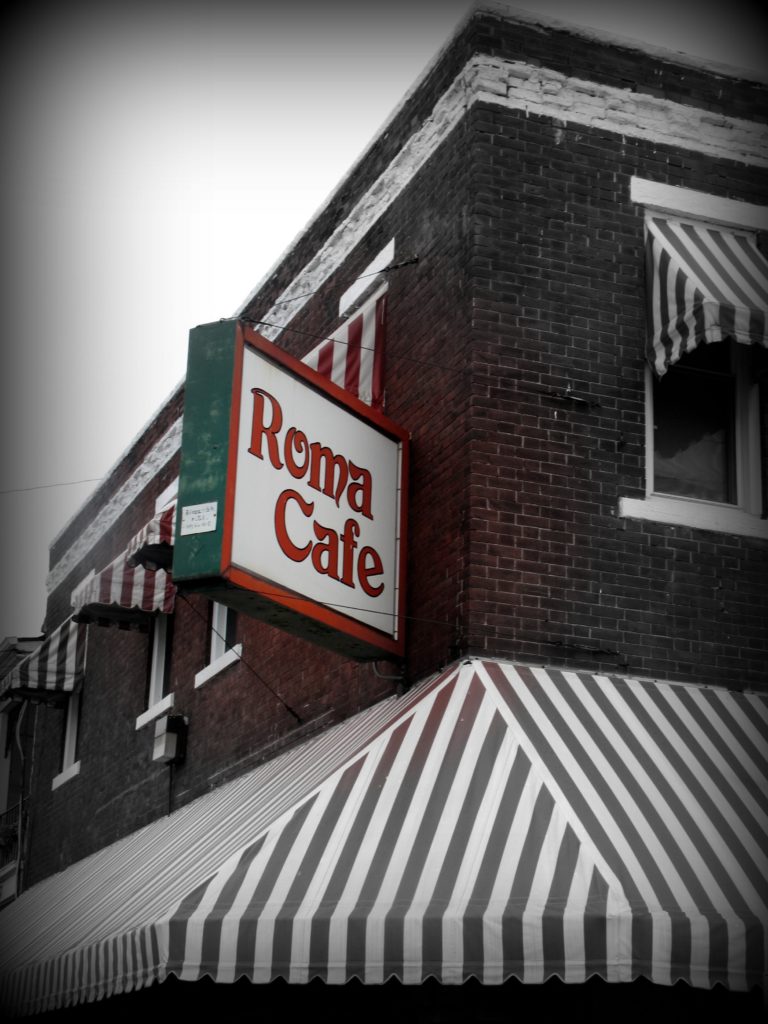 The area known as Eastern Market in Detroit has plenty of mob flashbacks, some of these dating back over 100 years to the Adamo brothers who setup HQ in the area. More recently, the likes of Vivio’s Bar & Grill and The Roma Cafe have been hotspots of activity within the Detroit Partnership, seeing mobsters frequent these venues. In recent years Jackie the Kid Giacalone’s inauguration ceremony was held in Eastern Market.

Alan Lindbloom a former Detroit enforcer stated: “My grandfather, Peter Tocco, had his headquarters in the Eastern Market, which was, and still is to this day, mob central.” 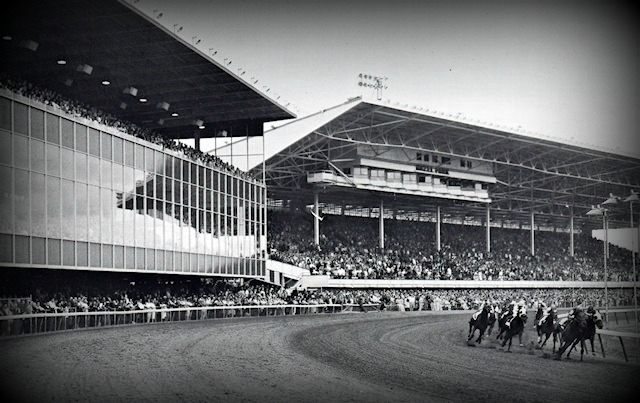 The Hazel Park Horse Track may be the most icon contemporary Mafia location in the city. It’s ground zero for mob activity and the Feds have it staked out 24/7. Back in 1949 Tony Zerilli became president of the Hazel Park Racing Association and over the following two decades netted some $15,000,000 a year in revenue. Alan Lindbloom, also tells us that: “When I was arrested, they showed me dozens of videos and pictures they had taken of me coming and going from it. I once delivered $1.7 million there to the boss after a super bowl.”.

In 1972 Tony sold up and invested his profits from the sale into the Spaghetti Palace restaurant near the Macomb Mall.

The Wolverine Golf Club may have looked like your normal run-of-the-mill golf club but in 1980 notorious bookmaker and underworld associate Jack Anthony Lucido acquired a share of the club for $65,000 dollars, where it could come into Detroit Partnership hands for the first time.

Over the next decade the growth of the club drew the interest of Federal investigators who thought mob boss Jack Tocco was behind the investment into the club.

Eventually an 82 count indictment was handed down in March of 1992 charging crimes ranging from running an illegal gambling business to conspiracy to intimidate and extort. No one was convicted, all 82 counts were dropped.

Aniello Dellacroce: Born On This Day in 1914