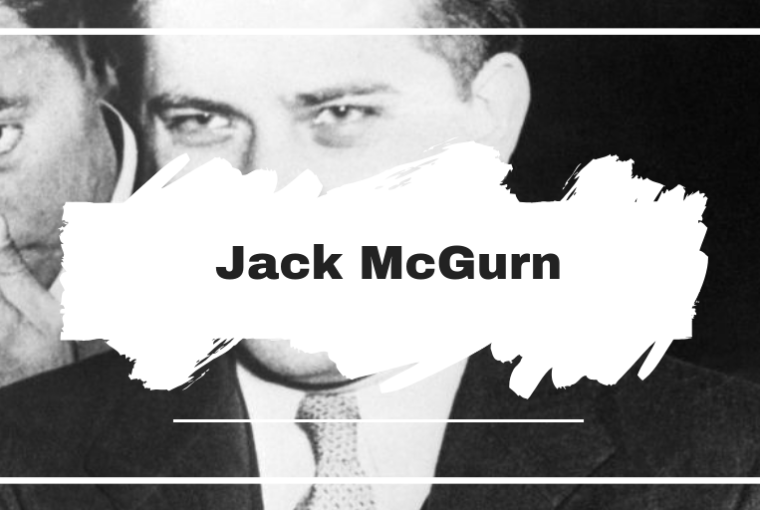 Jack McGurn was famous for his involvement in the St Valentine’s Day massacre, and I guess you could say that he was the one that got the ball rolling. He approached Al Capone in 1929 after surviving a failed hit on his life, which was ordered by North Side Gang boss Bugs Moran.

McGurn who was working for the Chicago Outfit as a lieutenant at the time, and got Al Capone’s financial backing and he orchestrated the hit by drawing up a plan of action, as well as stealing two police uniforms and a car!

The time of his death raises a lot of conspiracy as he was machine-gunned down by three hitmen who were said to be North Side Gang members who were acting in retaliation for the St Valentine’s Day Massacre of 1929. One of the gunmen is believed to have been James Gusenberg who was the brother of Frank and Pete.

McGurn was in a bowling alley which was located on 805 N. Milwaukee Avenue in Chicago. This a photo of the area today:

Three hitmen stormed the building and rushed up to the second floor (where the Avenue Recreation bowling alley was located) and they each fired machine-guns at him, at close range.

From the photos it looks like McGurn was hit from the back by the gun spray and then ended up lying on his back as he died. I say this because it doesn’t look like there are any shots that entered his body from the front, with no marks to his face. Unless he was hit on his right side.

If this is the case, he wouldn’t have had any chance, and most likely didn’t see the hitmen until last minute. Even if he was facing the gunmen, 3 against 1 weren’t very good odds.

The date was February 15, 1936 – one day after the marking of the 7th anniversary of the massacre.

Did John Gotti Bring Down The Mob?