How Did Albert Anastasia Get Killed? – Death Photos 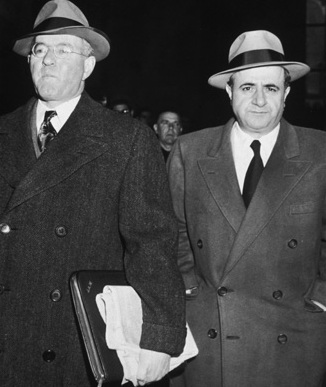 Probably one of the most famous mob hits was on Albert Anastasia, the leader of the Murder Inc division of the Mafia who were responsible for hundreds of hits.


Why Was He Taken Out?

Ok, lets start with a bit of back-tracking here, and build up the story to the 1957 hit. 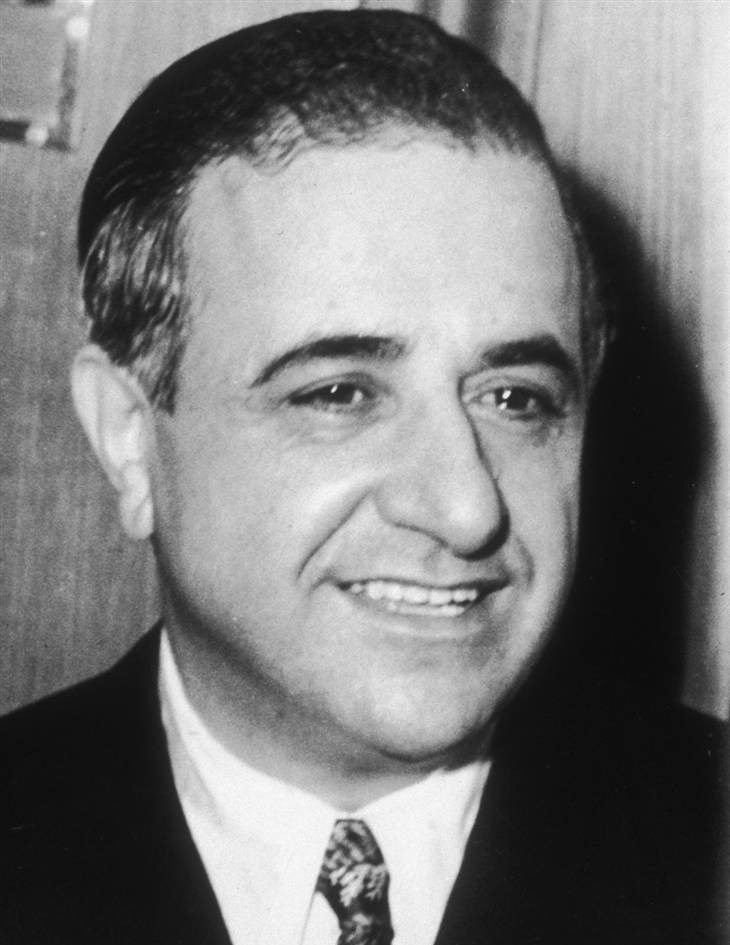 Anastasia had built up a close relationship with both Lucky Luciano and Frank Costello in the 40’s and early 50’s. He was serving as underboss for Vincent Mangano at this point in time who disliked Anastasia and was angered at the fact that he did jobs for Luciano and Costello without them coming to him for permission.

Eventually the heat built-up, and Mangano went missing, along with his brother. Vincent’s body was never found and his brother Philip Mangano was found in some wetland, shot three times. I think everyone knew Anastasia had done this, but he never let on to the fact. Instead he told the Commission that they were going to kill him.

This left an opening as the boss of the family, which Anastasia would take thanks to a bit of help from ally Costello. For Frank Costello it meant that he has some protection against Vito Genovese. Anastasia also had the backing of Joe Bonanno and Luciano, as the family become the Anastasia Crime Family.

The publicity of the Schuster murder and Anastasia’s general greed would have played a big part in his assassination but the role Vito Genovese had would be the pivotal point in Anastasia’s downfall.

Genovese wanted to be a crime boss, the only thing to stand in his way was Frank Costello (the current boss). To take out Costello he needed to take out Anastasia and seek approval from Meyer Lansky (who at this point was acting boss while Luciano was in jail, running the US business for him).

Genovese also offered Carlo Gambino the chance to run the Anastasia family if he supported him in taking out Costello and Anastasia.

After a botched attempt at Costello, which saw him survive in May 1957, he stepped down as boss. Next on the list a few months later was Anastasia.

Picture the setting, Anastasia is in a barbers chair at the Park Sheraton Hotel on 870 7th Avenue (which is now renamed to the Park Central Hotel on 56th and 7th Avenue).

Strangely his bodyguard took a walk (whether Anastasia knew this or not is unclear, was he in on the hit, or was it genuine). Out of nowhere two men rushed the shop in scarves and rang out a tirade of bullets at Anastasia as he sat there. Some documentaries have said that the shots were knocked him out of his chair but this isn’t true. Anastasia actually got up out of the chair and charged at the men, unfortunately what he saw in the moment of panic and confusion was the reflection of the men in the Barber’s mirror. 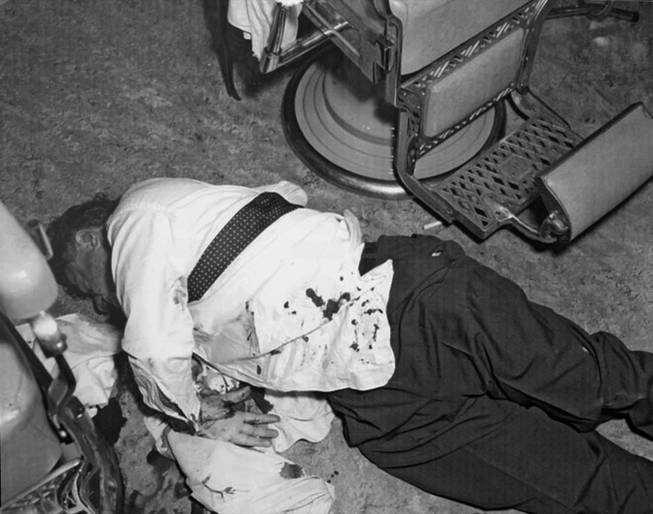 No one was charged with the murder, and a New York journalist was reported to say

A high profile investigation was to take place, and the start of the Mafia unveiling itself was about to begin. 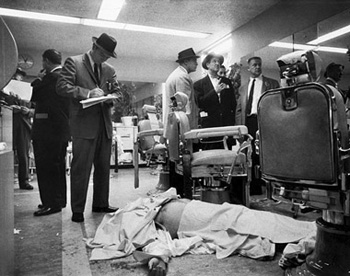 The biggest association is Joey Gallo, who was said to lead a team of hitmen on orders from Genovese and Gambino. He was reported to say

“You can just call the five of us the barbershop quintet.”

However there are theories that are against this one, that say why would a Profaci member kill Anastasia. After all Joe Profaci allied with Anastasia on the Commission against Genovese, Costello, and Lucchese.

Other theories say the hitmen were out of town associates of Genovese and Gambino.

Genovese himself, for all the hard work of getting to be the crime boss, only enjoyed a short reign as family boss (a few weeks). After a disastrous Apalachin Meeting in November 1957 his credibility and reputation was in tatters, and he saw his former allies go against him with the likes of Lansky, Luciano, Costello, and Gambino all conspiring to entrap Genovese with a narcotics conviction, bribing a drug dealer to testify he had personally worked with Genovese.

He was sent to prison for the rest of his life.