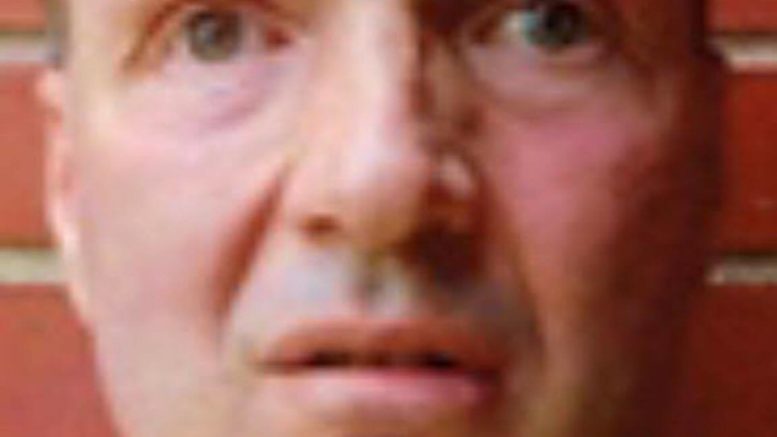 John Ruisi and Steven Pagnozzi were on their knees in a Queens social club when they realized they had been invited there to die. The two begged for their lives, but the reputed mobsters they faced were greedy and armed and had no patience for their pleas, sources familiar with the dual slaying said. The two made the mistake of doing business with Vito Guzzo, who investigators say was a Colombo family prodigy and leader of a gang of would-be wiseguys that peddled drugs, robbed and killed in Maspeth. Words were exchanged, then Guzzo fired a shot, hitting one of the men in the forehead, investigators said. His accomplice, identified by investigators as Anthony Tabbita, 25, allegedly fired next. The two bodies were wrapped in a rug and later found in a burning Nissan Pathfinder in Brooklyn. Authorities long suspected Guzzo in the five-year-old double slaying, but it remained officially unsolved until last month, when he was charged with the crime in an indictment sought by Brooklyn federal prosecutors. Tabbita is a fugitive being sought by the FBI on charges he committed robberies with Guzzo’s crew.

Although Assistant U. S. Attorney Jim Walden would not discuss details of the double slaying, authorities described Guzzo as a murderous hood with a hair-trigger temper who set the crew’s tone. A suspect in other killings, Guzzo has survived 11 gunshot wounds from two rubout attempts and is believed to have waited five years to avenge the death of his gangster father, investigators said. Walden last week told a federal judge that Guzzo and other crew members were plotting to kill witnesses in the case. Ron Rubinstein, Guzzo’s attorney, scoffed at the allegation. “Has anybody been killed?” he asked. “Nobody has had a hair on their head affected. ” First arrested in April, Guzzo faces a May racketeering trial in the slayings and other crimes. Five-foot-eight and muscular, Guzzo owns a black and yellow Harley-Davidson and a tan 1990 BMW. He grew up in Maspeth and went to Christ the King High School. Investigators say he rubbed shoulders with mob heavyweights at the Trophy Room, a Colombo family club in Queens. The indictment details the killing that investigators say was Guzzo’s bid to avenge his father’s death. Vito Guzzo Sr. was a Colombo soldier and union official. Family members told cops he never returned from a 1987 upstate hunting trip with reputed mobster Vincent (Three Fingers) Ricciardo.

After his disappearance, another Colombo hood took young Guzzo under his wing. Investigators said they believe Dennis Guzzardo served as a sort of surrogate father and kept Guzzo, then 22, from striking out at his father’s killer. But when Guzzardo died Nov. 1, 1992, there was nothing to hold Guzzo back. The following night, he struck, investigators said. As a steady rain fell, several stolen cars and a U-haul van cut off a Lincoln Town Car on Caldwell Ave. in Maspeth and boxed it it in about 7:10 p. m. Gunmen in Halloween monster masks poured from the van and, with shotguns and pistols, unleashed a barrage that tore the Lincoln apart. Ricciardo and another man were wounded. Anthony Mesi, 51, was dead. They had been en route to Guzzardo’s wake. The gunmen left their cars in the street, doors open, lights on, engines running and windshield wipers slapping back and forth. The hit took only minutes. But if the revenge was sweet, it was likely soured by an even more painful betrayal: Guzzo later learned that the man who took him under his wing was a rat. Guzzardo’s cooperation with the FBI was revealed in an unrelated case.

Court papers also named Guzzo in the killing of John Borrello on Oct. 9, 1996. Investigators have identified Tabbita as a suspect in that hit. A low-level mob car thief, Borrello had the poor judgment to date Lisa Sellers, Guzzo’s girl for two years. In 1991, Guzzo himself was the target of a hit try outside his Middle Village home, where a gunman pumped five slugs into his chest. While there are competing theories on why he was shot then and last year, investigators agree on one thing he has stamina. “He’s a strong punk he got shot in the throat, the head . . . and he lost his spleen,” said one investigator, who marveled that Guzzo managed to stagger across eight lanes of busy Woodhaven Blvd. after the 1996 attack.