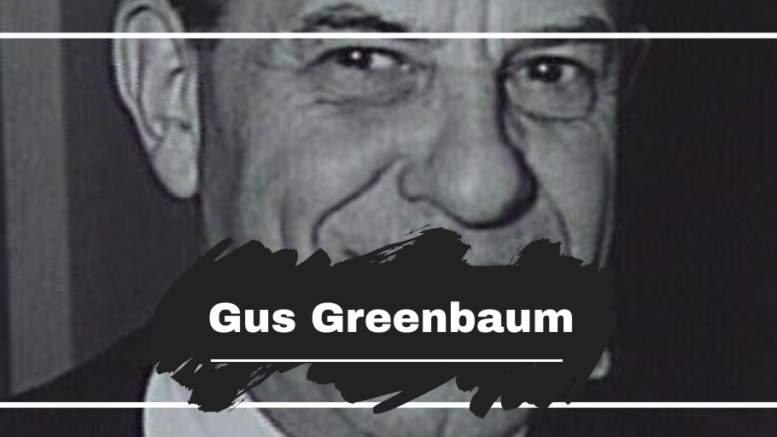 During Prohibition in the United States were a nationwide constitutional ban on the production, importation, transportation and sale of alcoholic beverages was in place, Greenbaum began working for the Chicago Outfit managing the Trans-America Race wire service.

Soon after the beginning of World War 2 Greenbaum was sent to Las Vegas, there he gained control over syndicate gambling operations with two others Moe Sedway and Morris Rosen. Sedway and Greenbaum ran the El Cortez Casino in 1945, until Greenbaum was asked by William R. Wilkerson to manage casino operations for the infamous Flamingo Hotel.

In 1946, the well-known Bugsy Siegel took over construction and creative control of the Flamingo, until it was shut down in January 1947 due to mounting losses as a result of Siegel.

In June 1947, shortly after the murder of Siegel, Greenbaum brought the casino out of debt within several months. He soon planned to retire to Arizona and rejected offers to run the Riviera for Tony Accardo, although due to the unfortunate murder of his sister in law, Greenbaum accepted the offer.

As a syndicate leader in Las Vegas, Greenbaum didn’t hesitate to get into the swing of things by ordering the deaths of Tony Brancato and Tony Trombino, due to the duo robbing a syndicate hotel. Greenbaum’s gambling, drug taking, womanising and drinking worsened after the untimely death of his close friend Willie Bioff, he began skimming from casino operations, this didn’t take long for the Chicago Syndicate to discover his pilferage and as expected on December 3, 1958, Greenbaum and his wife Bess were found dead in their Phoenix home.

Their throats had been slit with a butcher knife.

Gus was found in bed with a heating pad and his television turned on.

He had nearly been decapitated.

Bess sustained blunt trauma to her head before her throat was cut. Her head was padded with newspaper and a towel, seemingly to avoid blood stains on the furniture, to this day his murder remains unsolved however, Mafia figure Johnny Roselli claimed that Meyer Lansky wanted to kill Greenbaum.