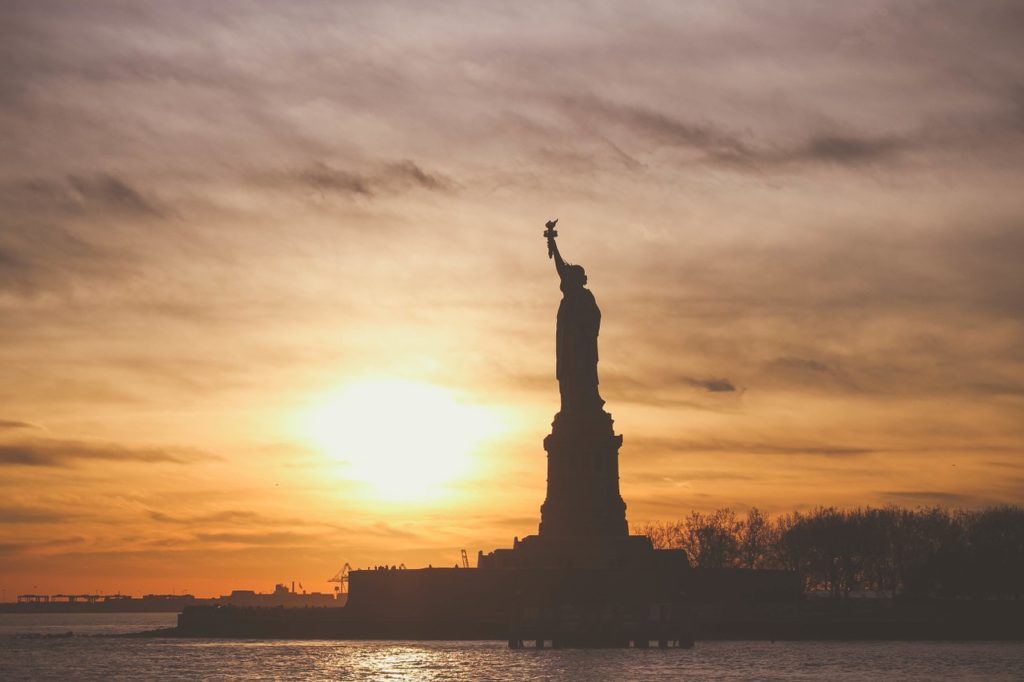 According to John Dickie:

Between 1901 and 1913, some 1.1 million Sicilians emigrated – a little less than a quarter of the island’s entire population. Of those, roughly 800,000 made the United States their destination. Inevitably, some were men of honor, smart and ruthless criminals who sought to establish protection regimes and other criminal activities among their fellow migrants and along the trade routes connecting the two shores of the Atlantic.

However, Selwyn Raab points out that at the beginning of the emigration none of the cosche tried to establish its mandate, as well, there was no need. In Sicily, the Mafia families were among the favored ‘haves’, not the downtrodden ‘have-nots’. They had no reason to relinquish their enviable, comfortable station in life for risky ventures in a foreign land.

Raab’s statement is ratified by Hortis when he said “New York, a city built for the Mob”. Among the reasons he used to defend such a claim, Hortis dissects the city, with the qualities and opportunities for this group. He begins with the Port of New York, which he claims to be ideal because of its weather and water conditions, allowing the passage of transatlantic ships. With the immigration and population growth, New York became an international center of commerce.

The ambitious immigrant who made it to New York in the mid-to-late nineteenth century –principally the Germans and the Irish, then later the Jews and the Italians – filled the workshops and factories in Manhattan, making it a manufacturing powerhouse. The exploding population became a huge consumer market.

Combined with the fact it was the busiest port in the world and that nearly half of imports to and exports from the United States crossed that way. Yet, “The Mafia followed the Money” according to Hortis, and by this way, took advantage of the burgeoning small producers and industrial groups, since these were the economic engine of New York.

The proliferation of business and people generated a favorable environment known as racketeering. The narrow streets, bridges, 300,000 cars, congestion, all these features, considered by the Mafia as his direction of activities. Hence, they targeted small businesses because:

“Cosa Nostra could delay shipments of supplies, engineer labor problems, scare off customers, or physically threaten the owner and his or her family”.

However, the Mafia was not alone in the business; there was competition, which made necessary to conspire against the opponents.

From World War I through the New Deal, business leaders orchestrated a campaign to reduce competition throughout the economy. They often singled out the “ruinous competition” or “cut-throat business in New York City. Business commonly used “traded associations” as fronts for efforts to restrict competitions. Joining the chorus of the captains of the industry were their counterparts in the labor unions. Though adversaries on other issues, business and labor agreed on the need to “stabilized” industries by artificially limiting competition.

Among alliances and business, Cosa Nostra established what Hortis called “Racketland” because the Department of New York police did not stop them and, therefore the crime syndicate flourished. It should also be noted that, according to Hortis the NYPD’s large, decentralized patrol force became a font of corruption in the city.

Therefore, the Mafia was in the process of knowing and using the city at their disposal. In agreement with Hortis, they also learned how to game New York’s sprawling, opaque, and unaccountable bureaucracy. By World War I, the city had 85,000 municipal employees; the number ballooned to 200,000 by the 1950s.

Cosa Nostra also outlined the weakness of the industry in terms of services. The most fragile was the pushcart peddler, who everyday fought for a spot on the street. Mafiosi also liked to acquire hidden interests in restaurants through coercive partnerships. Either saved the taxi industry, because the taxi drivers that led back to their apartments customers of the restaurants were also the target of mobsters. Roughly 5,600 cabs in New York belong to single-cab companies, where the owner was typically the driver himself. The food served in the restaurants was also illegal, grown elsewhere, shipped by freight trains, and trucked through the narrow streets of the city. This itemization detailed by Hortis’ book allows us to understand that this was a city built for the mob. But there were many people vying for the rackets.

In this context, the arrival of Sicilian mobsters, among the Italians immigrants, as was pointed out, produced a series of problems with American law and order. One of those cases was La Mano Nero, a group that had no relationship with the Mafia, but acted in a similar way, through extortion, sending letters to their victims.

Joe Petrosino, a New York police officer, immigrant born in southern Italy, dismantled blackmailers, as well as other criminals. From his knowledge, in accordance with Raab, he prepared the other officers to learn the modus operandi of the Italian mobsters. The effectiveness of his work resulted in his promotion to detective, by Theodore Roosevelt. But, in one of his reports, as above, he stood out the police inaction at the time:

The Mafia very well used the writings of Joe Petrosino during and after that time. For being born there and knowing the region, he embarked towards Sicily in a secret mission that resulted in his death. His murderer was Vito Cascio Ferro, a godfather of the Mafia, who said and declared to be the perpetrator of the crime whose goal was to alert and send a message to the American investigators.

The detective’s murder can be seen as a confirmation that the Sicilian Mafia went back to its roots, and in that way, abide by its ancient commandments. In the following years, the Italian Mafia grew and expanded invigorated by the Prohibition, in force between 1920 and 1933, and as Reppetto says: “The Mob Strike a Bonanza”.

Fernando Acosta Bernadet
Uruguay (1994).
International Relations BA by the Federal University of Pampa, Brazil.Author of the Bachelor’s Degree Thesis: The Securitization of the Organized Crime inside the American Foreign Policy in the decades of 1970-1980s: a study of case of La Cosa Nostra. Researcher about the Italian-American mob, international security and politics.
E-mail: acostabernadet@gmail.com