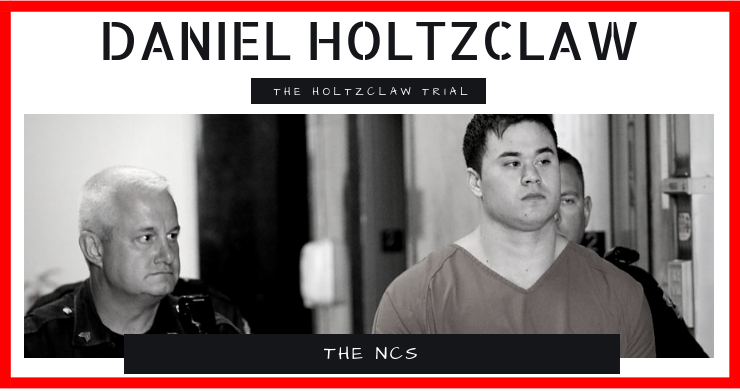 People that know me, know that the police and me don’t exactly see eye to eye. However, one thing that is important to me is justice. Our prisons around the world are full of the falsely accused and the innocent. There have been a lot of cases recently, and historically, that have shocked me. None more so than the case of Daniel Holtzclaw, a former Oklahoma City Police Department patrol officer who was convicted in December 2015 of multiple counts of rape, on the day of his 29th birthday. I have included a link, under the main title headings, to an excellent, balanced documentary looking at the evidence, plus, what wasn’t disclosed to the jury.

However, if reading is your thing, then I have the perfect link here, Michelle Malkin, this link will take you to all of Michelle’s in-depth investigation articles. In both her written articles and documentary, I am impressed with how Michelle presents, as much of, a balanced view as she can, in light of evidence that clearly shows that DANIEL IS INNOCENT.

However, you don’t have to take the families word or that of mine, or, of Michelle’s. In my opinion Daniel was only found guilty due to the evidence being, relied upon, a piece of DNA evidence, found in a very awkward place for Daniel, and one, given only one side of the story didn’t look good for Daniel. I would therefore ask you to watch this link Forensic Evidence where Dr. Brent Turvey and forensic scientist Suzanna Ryan discuss the investigative flaws, bias, and DNA falsehoods and errors in the case. Dr. Turvey and Ms. Ryan are two of six independent, internationally renowned scientists who released a public report on the scientific issues in the case, which concluded that Daniel deserves a new trial and was deprived of his constitutional rights to due process and a fair trial. Also speaking out in this episode: Exoneration attorney Craig Cooley, retired NYPD detective and forensic expert John Paolucci, Oklahoma LEO Jason Angel, former LEO and investigative discovery expert Ken Tisdel, exonerees and former LEOs Brian Franklin and Ray Spencer.

For more information, read the scientists’ report at HoltzclawDNAReport.com 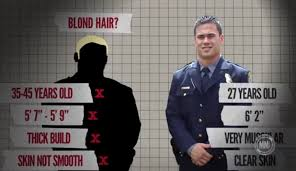 The documentary makes for some uncomfortable viewing, for no other reason than the BLATANT miscarriage of justice that Daniel and his family have received. Under normal circumstances I would not want to say too much, in order to allow people to come to their own conclusions. However, Daniel is so obviously innocent of the charges he faced, you would be crazy to see it any other way, so I feel I can safely assume people will think the same.

None of the accusations against Daniel Holtzclaw were supported by any solid evidence of crime. No evidence, for example, supported the first accusation targeting Daniel, which occurred on June 18, 2014, when Daniel performed an off-duty traffic stop of the swerving car with tinted windows that prevented him from seeing the occupants at 2 a.m. that morning.

Let’s just take a look at this next piece of information. Daniel was initially being investigated for alleged assaults on 20 women. Seven, were so outrageously, obviously, telling lies, they didn’t make it to court. Of the 13 that did, although in my opinion Daniel is innocent on all counts, the jury DID NOT believe another five women. That, of course, left only 8 where the jury returned verdicts of guilty. OVER HALF the original number were deemed to be not telling the truth, or the evidence did not back up their claims. It wouldn’t, Daniel is innocent, and is innocent on ALL CHARGES. 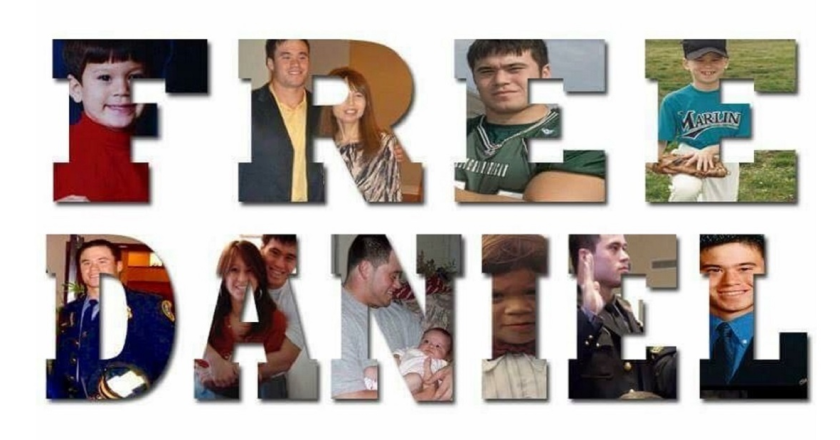 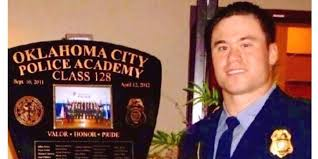 Hopefully, then the police can start to hunt down the real perpetrator, if one indeed exists? Money definitely seems to be the main motivator for the alleged victims, and Daniel, well, Daniel became the proverbial lamb to the slaughter.

Police detectives then searched for more accusers by selectively contacting over 50 African American females with histories of prostitution or drug arrests with whom Daniel had interacted during his routine police duties, which often involved intervening in cases of drug use and prostitution in the lower income neighbourhood he patrolled. Any black woman who had been stopped by Daniel because of her drug use or prostitution would have a chance to make allegations against the young police officer who had tried to halt her criminal activities. ALMOST 98% OF THE INDIVIDUALS QUESTIONED BY DETECTIVES WERE AFRICAN AMERICAN FEMALES, showing that detectives, not Daniel, were the ones who targeted black females with criminal histories of prostitution or drug use.

The lead detective in this case, is, in my opinion, an embarrassment to police forces around the world, as is her sidekick, Deputy Dawg. This case so blatantly shows how evidence is used so that it fits around someone’s personal thought pattern. It astounds me how any of the cases made it to court. The excuses she comes out with in an interview with Michelle Malkin, will truly leave you shaking your head in disbelief at how she even made it to become a detective in the first place. It truly is that bad. This documentary will leave you worried about the ease with which justice is put to one side in the interest of politics.

“Exhibit A, AFFIDAVIT OF APPELLATE COUNSEL

James H. Lockard, upon his oath, states the following:

“8. Additionally, we have identified a specific need to have the DNA evidence in this case subjected to review and potential additional testing by our own experts. While trial counsel effectively cross-examined the State’s expert as to the nature of the DNA evidence and how it was deposited on Officer Holtzclaw’s pants, it appears that he missed significant issues with the State’s conclusions and failed to do any additional testing that could have refuted those conclusions. More specifically, during closing argument, the prosecutor argued that the DNA evidence came from vaginal cells transferred via vaginal fluid onto Appellant’s pants, even though the State’s expert could only conclude that the DNA involved skin cells and admitted that no testing was done to verify the presence of vaginal fluid on the pants. Further, in two areas that were tested, the DNA was a mixture of at least three different people, at least one of whom was an unknown male, not Appellant. The significance of this information seems to have been lost on the parties below. Accordingly, it is vital that we consult our own experts to explain the significance of the evidence in this case, as well as to do additional testing on the pants.”

Daniel was hung out to dry in the most disgusting of ways. Yet, you cannot blame his other colleagues. The way the evidence and information were presented in black and white, Daniel was damned, his superiors or colleagues didn’t have the time to sift through the evidence themselves, unfortunately, so were left to RELY on the integrity of the investigating detectives, something so clearly, and sadly, missing from the personality traits of lead detective Kim Davis.

The woman should be ashamed of herself, yet when the truth does come out and DANIEL IS found INNOCENT, I pray her, and her family don’t suffer the same treatment as Daniel and his family received from the community that both Daniel and his father served to protect. Unbelievable! 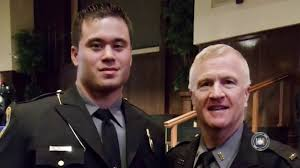 Yes! I am a man, however, surely women will be disgusted at this, once the truth comes out, prosecutors will maybe think twice the next time a woman reports an attack and is telling the truth. Who knows when the attacker will be stopped? A bit dramatic? yes it was, but a possibility, you decide?

Daniel’s sister, Jenny, has her own website dedicated to Daniel and his campaign you can visit here at: Free Daniel Holtzclaw

Railroaded: Surviving Wrongful Convictions – Dives into others wrongfully convicted and updates the latest on Daniel’s case.

The truth about Daniel is getting out

Also, for those that want to dig even deeper go to Holtzclaw Files. 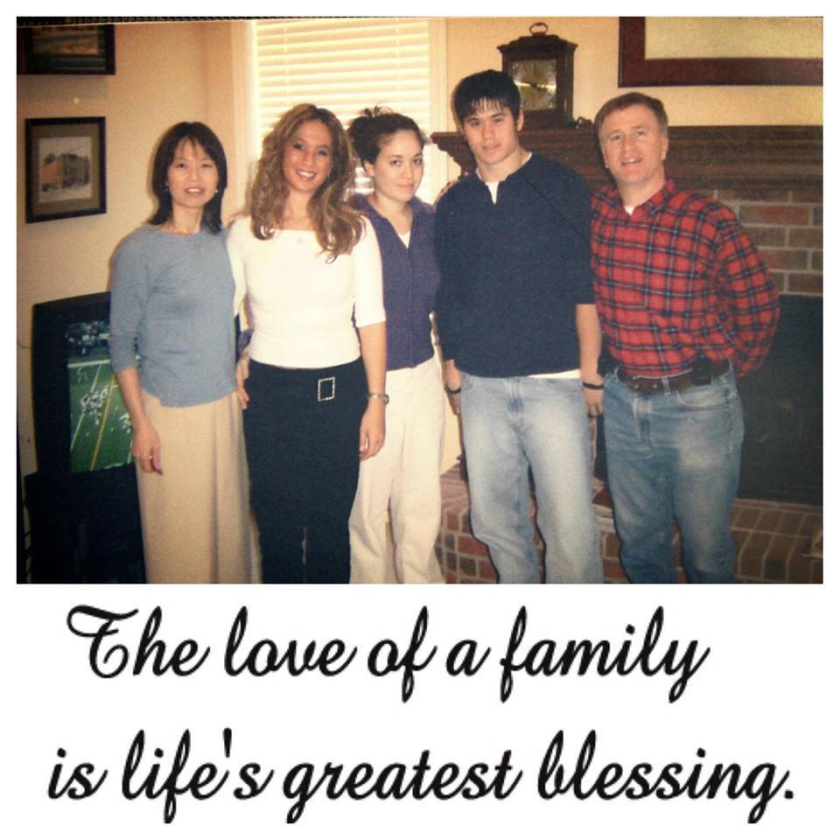 Charlie Richardson: Not Guilty Your Honor