The street is watching. She’s watching all the time. From the moment Kleinfeld earned me my freedom back she was watching. I was ‘The Man’. I was connected. Wasn’t always that way. Growing up in Spanish Harlem it was tough. The man of the house abandoned us during my formative years so the streets being my only guidance I was drawn to crime. Petty shit, chain snatching.

Then my Mother died during my teenage years and that’s when I was uncontrollable. Fuck this life i thought. I worked my ass off to be the toughest kid on those streets. I became known as the heroin Kingpin. I vowed that if Dave got me off the 30 rap I’d been serving that I’d go straight, rekindle my romance with my one true love Gail, and move to the Bahamas. I dreamed of this day and night, i felt it, i could smell it. Sun stained beaches, the aroma of fine cuisine on the strip. Then it happened. A miracle. This was my 2nd chance at life and love. But the street was still watching, stalking, like a Lion to it’s prey. Many factors were pulling at me, my old self, it’s hard to change overnight.

Gail, oh Gail. My Sweetheart, the woman i lived to be with. My guardian angel. I knew with her by my side the dream would become a reality. Then my cousin. I was trying to guide him, mentor him. But he was blinded by my reputation. My status in the Neighbourhood. My Legend. And he screws up, dragging me slowly back to my past, one inch at a time. Then there was the Club, El Paraiso, i was gonna build it up, make my money and go.

Then there was Dave.. The man who saved my life.. and helped destroy it.. Then there was progress, in the name of Benny Blanco, a young Carlito on the up from the Bronx. Put these altogether in the mix with me fighting the fire burning inside of me and it spelled trouble, for me, for Gail, for our dream and our unborn child.

Then Tony Taglialucci came into my world, through Dave. Now I’ve to abandon Gail and our plans and rush towards the Bahamas while im still alive.

I’ll meet up with Gail along the way. But first I’ve to get to the subway and catch a train to safety…. 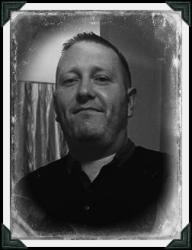