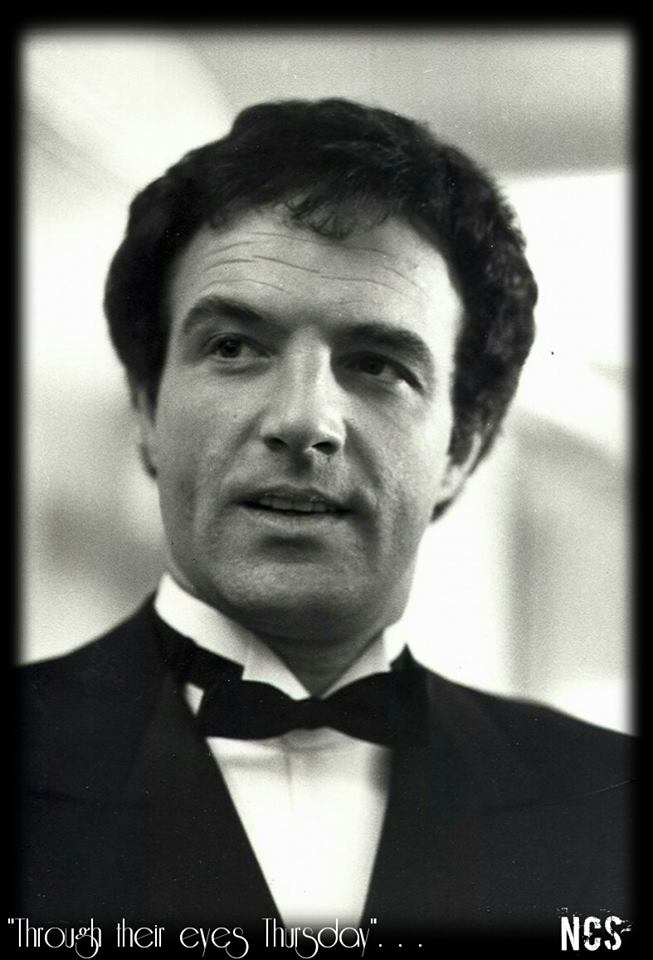 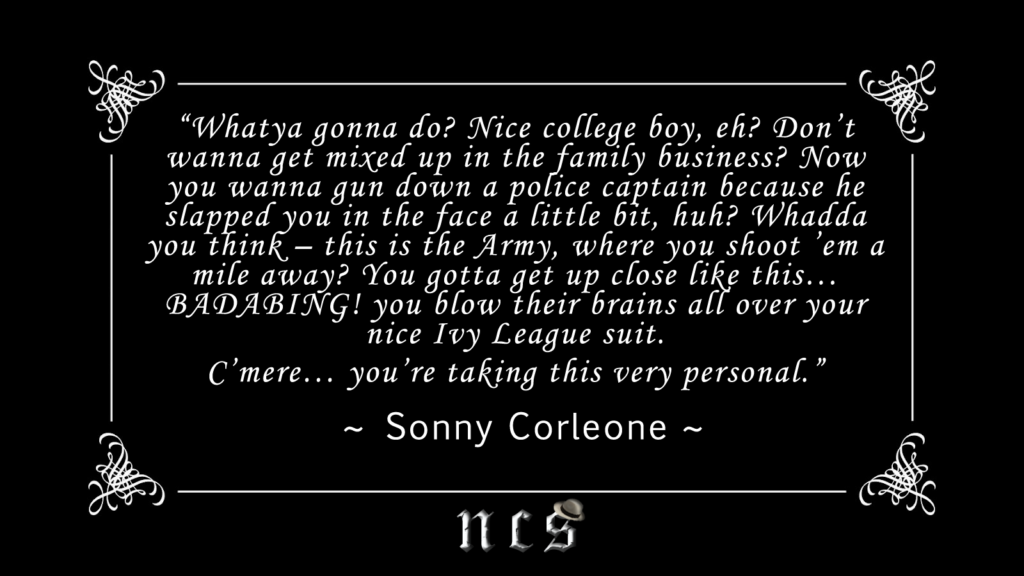 My exact words to kid brother Mikey. His ridiculous statement had us all bowled over laughing our brains out. Mikey was a sweet kid. A war hero with a mean shot no doubt, but a sweet kid. Polar opposite to me. Im wild. Not afraid to admit it either. It’s kinda my trade mark, badge of honour whatever the hell you wanna call it. Women love it. Men hate it. Pop can’t take it. He’s able to conceal his hot temper somehow and explode it through the correct channels, whereas me? I’ll fuckin shoot you I get the chance. The Sicilian blood in me. I saw my Pop gun down Don Fanucci back when i was a kid. No more, that’s all I’ll say about my hot fuckin temper.


Before that I was your average kid. Whatya gonna do? If I’d my way I take out the whole fuckin lot in one go, Tattaglia got it already, but Tom won’t hear of any more bloodshed. I owe it to Pop to avenge his attack by taking out these weak fucks. My mind wonders to Mikey. He be okay, I squared it with Mom before he went. I’ll see him soon enough and then he’ll get the bump up in the Family that he deserves now.

You ever feel you fucked up big time? Worse thing I ever did was introduce that piece of shit so called buddy Carlo to my sister. I did em over pretty bad not so long ago. Really fuckin good. Left em in the street like a fuckin dog. Hit a Corleone and get away with it? No way my friend, no fuckin way. I’ll die before I allow that to happen.

Excuse me there’s the telephone, hopefully not Connie again……

On This Day in 1890 David Hennessey was Killed Aged 32