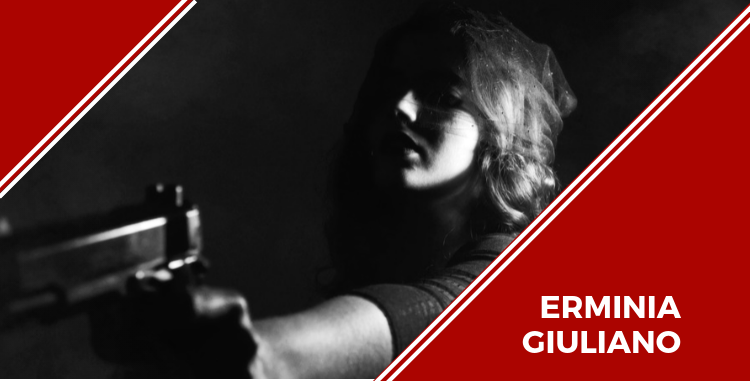 On Sunday 26 May 2002, in a scene not dissimilar to a Hollywood blockbuster, two cars, full of rival Mafia families, were speeding through the streets of Lauro, 20Kms east of Naples, locked in a bloody shoot-out. In one car the Cava family, in the other, and led by reputed boss Salvatore, the Graziano family. The shoot-out left two cars riddled with bullets, five injured and three dead. Of the three, two were grandparents with the other merely a child still at 16 years of age. One other piece of information is that apart from Salvatore, they were all female.

Welcome to the Camorra!!

Just after midnight on Sunday 24th December 2000, the carabinieri raided the home of the daughter of a Mafia family boss. They were looking for the boss of the Giuliano family, who controlled the Forcella district and are one of the most lucrative and influential among the clans of the Camorra. The police, however, were not there to arrest the girl’s father, they were there to arrest someone once ranked as one of Italy’s 30 most dangerous criminals, and the same someone Naples police chief said of “She was a true leader, with all the qualities usually associated with crime godfathers”. In a culture where chauvinistic values see women merely as being able to bridge families by marriage and childbirth, the women of the Camorra break, No! totally smash, the mould.

A brief history of the Giuliano family:

During the 70’s and the 80’s, the Giuliano organized crime family were one of the most powerful clans within the Camorra. There is current chatter that a third generation Giuliano family are on the rise. 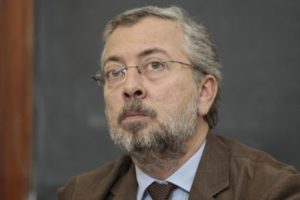 “Forcella is inextricably linked with the Giuliano family, one of the city’s most powerful Camorra clans. The name Giuliano does not merely stand for a family and a district, but it evokes a whole era: the 1970’s and 1980’s, important years for Naples…”

The family/clan operates in the centre of Naples, from the Piazza Garibaldi in the Forcella district to the Piazza Mercato in the Maddalena district.

The Giuliano crime family was founded by Luigi Giuliano, but was soon taken over by his son Pio Vittorio in the early 1950’s. The family’s main business began, as with most Camorra crime families, with cigarette smuggling. Pio Vittorio, who was one of eleven children, went on to have eleven children of his own: Five girls – Erminia, Anna, Patrizia, Silvana and Antonietta plus six boys – Luigi, Guglielmo, Nunzio, Carmine, Salvatore and Raffaele.

Nunzio, who had dissociated himself from the family, was found murdered on March 21, 2005, just before he was due to publish an anti-Camorra book.

The growth of the Giuliano clan, coincided with Luigi (due to the eldest Nunzio distancing himself from the family) taking over as head of the clan in the 1970’s. In 1978, Luigi had created the ‘Fratellanza Napolitana’ (Neapolitan Brotherhood) which would, in the first half of the 80’s join forces with the ‘Nuova Famiglia’ (NF (New Family)). NF was created to take on the Nuova Camorra Organizzato (NCO (New Organized Camorra)) a crime organisation set up by Raffaele Cutolo, who expanded his empire by going to war with other clans. Cutolo, had sent two of his men to Luigi Giuliano, demanding more money for the cigarette operation. He wanted a 500 million lire pay off, plus 50,000 lire for every box of cigarettes landing in Naples. The message was simple, pay Don Raffaele or face the consequences. Luigi chose the latter, which led to decades of war in and around Naples. The subsequent wars between NF against the NCO (in particular, those against the clans of the: Mazzarella, Conti, Misso and Licciardi) along with imprisonment, and, some of the clan becoming ‘pentito’, saw the Giuliano clan decimated in numbers. The first of the brothers to turn ‘pentito’ was Raffaele (‘o Zui – the youngest), after he was arrested for throwing his wife off of a third-floor balcony. Raffaele was then followed by Guglielmo, who was quickly followed by Carmine. Then ‘O Rre (the king), Luigi Giuliano himself, arrested in early 2000 and then, in September 2002, turned pentito. There was only one male heir left to take over, but he was considered too inept for the role.

Extract from an interview with Luigi Giuliano

“I am a changed man now. and my artistic ability has changed, too. i have been registered with siae since 1992 and i have deposited about eighty songs. I write, and i read continuously to enrich myself with new words, new sensations.

I would like to turn my passion into my future work; however, in order to succeed, the state must be able to support me a musician, to work side by side and to be able to build songs in this way “. Looking back, the former chief of chiefs adds: “I have handed over all my possessions to the state and I have no hidden treasures. I have 33 years in prison on my shoulders, but I’m not ashamed to say that I want to live on songs. At sixty you can change. I want to give a twist to the last years of my life, because every time I look back, I see a hundred, a thousand Luigi Giuliano, one different from the other. They are many myself, but I no longer recognize them. I ruined many families. I have ordered so many deaths, many other people have killed them personally, so today I can say that the code of honor of the mafia and the Camorra is shit. What honor is it to dissolve a child in acidity, to kill an innocent man? I met in jail men, as they are called, of honor who participated in the massacres of the mafia, who killed Falcone and Borsellino and who are the confidants of the prison police officers. is this the sense of their honor? “. the last question is for those documents in the bag: “ah, yes, the cards. these are the notes for a book on the true history of Naples and on the true story of Luigi Giuliano. i think that sooner or later I will find someone to write it with … “.

Who would be the next boss of the Giuliano clan?

The obvious, natural bloodline to Pio Vittorio, his daughter, Erminia Giuliano, born new year’s eve, 1955. There’s not much known about the early days of Erminia, but it is easy to imagine her childhood was similar to our previous two ‘ladies’, Assunta ‘Pupetta’ Maresca and Giuseppina ‘Giusy’ Pesce.

Erminia, had been operating in the background for many years, looking after the financial side of the clan including loansharking, money laundering and counterfeit bank notes.

Erminia was ruthless in her actions, with a violent streak that would shock most. It was said that when she became bored, as a young woman Erminia would state that she needed to go out and shoot someone. In 1997, she allegedly stabbed a rival female boss then in 1999, Erminia drove a car through the shop window of a business that was refusing to pay ‘pizzo’. When Erminia was finally arrested she asked for a shower and visit from her beautician, in exchange of ‘going quietly’ before telling her daughters: “I’m counting on you now. I am relaxed. I have taught you all the true values in life.”

During a raid on the 27th February 1987 at the residence of Carmine Giuliano, the carabinieri found a photo album containing over 70 photos of world-famous Napoli star Diego Maradonna partying with the Giuliano family on many occasions. Carmine once remarked that Maradonna loved cocaine so much that he would do anything for it, even if it meant Napoli losing the Serie A soccer league. 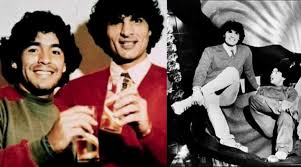 “Some women are taking control, but they would never dare do so by elbowing aside male competition. Only when their men have been killed or jailed and there is no obvious successor do they step in.” 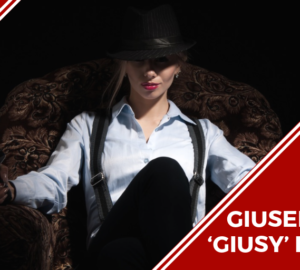 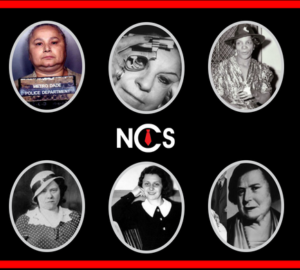