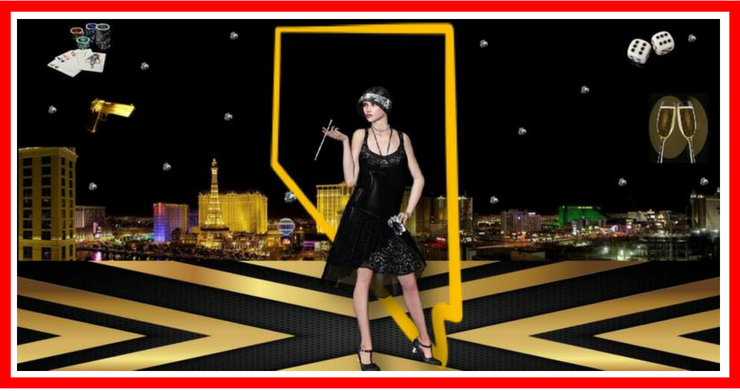 The Las Vegas MobWorld Summit 2018, is just around the corner, and I for one am chomping at the bit to spend some time talking shop with, not only my stablemates from the NCS, Larry “the Headmaster” Henry, Gary Jenkins, and J Michael Niotta, but also the slew of other great attendees lined up for this event. The Summit is all about education, entertainment, as well as the opportunity to network with others in ‘this thing of ours,’ and the event has already proven to be a step in the right direction for this particular Mob history enthusiast. Having no idea what to expect or who I might meet at this affair, I decided to get two things-the first being a business card, and the day I picked them up my wife and daughter took considerable delight in ‘giving me the biz’ about my business card. I also decided to get some grown up clothes for the occasion, and as I left the house that day they jokingly reminded me, “don’t forget to take your card.”

I ventured into a family owned business that has been a fixture here in Portland since 1940, appropriately called, The Man’s Shop. One of the original owners greeted me at the door; an elderly but affable gentleman named Bob Leveton. He gave me a brief history of the shop, inquired what I was looking for, and then we chatted for a while. Finally, Bob asked if I had a card, so I proudly gave out my first one. Seeing, the National Crime Syndicate, written across the top he asked what the occasion was I was shopping for, so I gave him the low down on the Summit. He chuckled and began to tell me about a client he once had who owned property on a place called Sauvie Island, not far from town. Excitedly I cut in and asked if the mans name was Al Winter, Portland’s little known racket Boss, and one of the principle figures behind the Sahara, and Mint casinos in Las Vegas.

Bob looked surprised I knew who Al was, and confirmed it was indeed him. He went on to tell me Al, though an impressive character, always behaved as a gentleman, and had Bob’s father not alerted him to who Al was, he would have never guessed he was involved in the rackets. Bob also remembered Al would fly in his Vegas pals to duck hunt on his property, and would bring his guests in to be fitted for new suits. One can only guess who some of those pals were.

Needless to say my search to find my grown up clothes ended at The Man’s Shop. I figured if the goal was to dress like a Boss, go to the folks who dressed the Boss, right? Not only did they hook me up with a fine new suit, (of course I went with a Frank Costello special,) but I walked away with a great story about one of my favorite underworld characters. Bob even joked he would have a holster sewn into my jacket!

So here’s to the power of the business card, (the wife and daughter didn’t laugh so hard when I returned home and told them Al Winter and I now share the same tailor,) and to future friendships. If my experience at the Man’s Shop is a sign of things to come I say,

“bring on the Summit, I’m ready to do this!”

For tickets and a full list of panelists and activities go to:
The Mob World Summit 2018 Event

For further information on Al Winter, here is an interview I conducted at the Tropicana in 2017, with MobWorld panelist, Bill Friedman:


For even more information on ol’ Al, here is an interview I did with a few of Portland’s, true crime experts:

Don’t Forget Us! Ladies of the Life