Casal di Principe, a small town with a population of approx. 21,000 in the province of Caserta, which is located between Naples and Salerno, is renowned for its buffalo mozzarella. It is also home to one of the most powerful clans within the ‘System’ more commonly known as ‘Camorra’.

In 1992 a high-ranking member of the Camorra became a pentito (informer). Pasquale Galasso was arrested and confessed to 20 murders, providing authorities with details of the locations where the bodies had been buried. Galasso also provided authorities with more of an understanding about the inner-most workings of the Camorra than pentito Tommaso Buscetta did in respect of the secrets of Cosa Nostra (Behan, 2002). 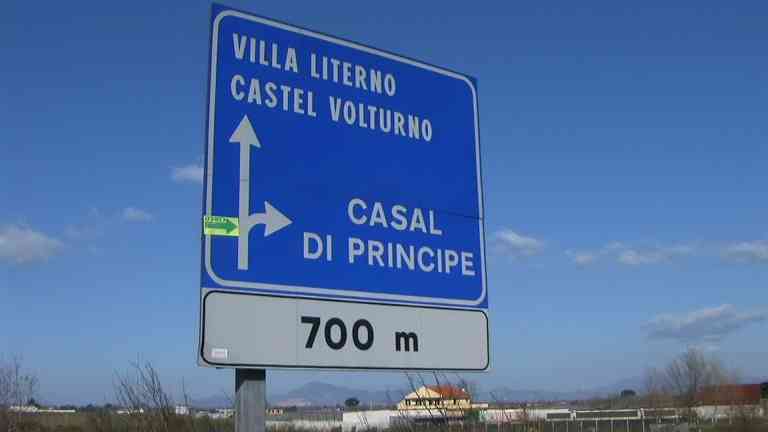 According to Galasso, Antonio Bardellino the founder and boss of the ‘Casalesi’ clan “…was the reference point of all Camorra clans, even the ones that could not stand him”. Bardellino was also one of only a very select few Camorra bosses who were also inducted into Cosa Nostra.

The Casalesi, in the 1980s, also supplied cocaine and heroin to the Gambino’s in New York which was smuggled hidden in espresso filters. In his book Gomorrah, Roberto Saviano tells us of a telephone call that Bardellino had with John Gotti after a shipment was seized by the authorities. Bardellino told Gotti “Don’t worry, now we’re sending twice as much the other way” (Saviano, 2006).

It was alleged that on May 26, 1988 Bardellino was murdered by his right-hand man Mario Iovine in revenge after the assassination of his brother which was ordered by Bardellino. Two prominent members of the Casalesi, Francesco Schiavone (who became boss after the alleged murder) and Francesco Bidognetti convinced Bardellino to have Iovine’s brother killed, however, after the murder the two men then told Iovine who had ordered the killing. 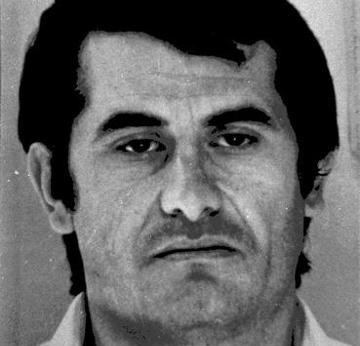 A revengeful Iovine requested a bogus meeting at the Búzois – in Rio de Janeiro, Brazil – beach villa owned by Bardellino where it is then alleged Iovine murdered him. The 43-year-old Antonio Bardellino’s body was never found leading to speculation that the above events never took place and Bardellino was still alive. At the fourth AntiMafia Commission (1992-94), held in Palermo, pentito and former head of Cosa Nostra Tommaso Buscetta when asked about Bardellino replied “Is it already obvious that Bardellino died? I do not know, but I do not believe he is dead” (Palermo, 1992). Then in May 2010 another pentito, Umberto Ammaturo, who was a former friend of Bardellino, gave the Italian newspaper La Republica a rare interview. 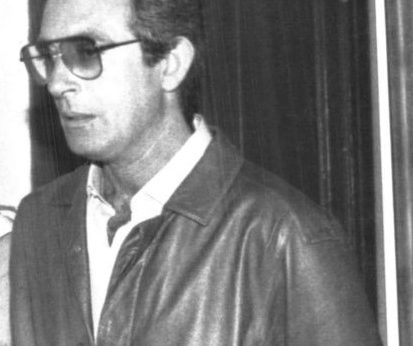 Umberto Ammaturo, do you think the boss Antonio Bardellino is alive or is he dead?

“I already told the authority: I don’t think Bardellino is dead”.

Does that mean he’s alive?

“He is missing, killed in Brazil if I am not mistaken, but the body is not found. Whoever kills, especially in the case of Bardellino, has an interest in having the body found to prove that he was killed.” (La Republica, 2010)

Let’s talk about Raffaele Cutolo. What memory do you have of him?

“Crime is pathology, but Cutolo is pathological for himself. If it were not so, it would have taken the path that all the leaders of the time took, Ammaturo, Alfieri, Galasso, etc. “.

” Yes, because beyond what he felt inside when he decided to totally change his existence, collaboration is also a technical choice “.

And what about Donna Rosetta, Cutolo’s sister, what memory do you have?

“Nothing, a woman like the others that he has involved and forced to be the bearer of embassies”.

What were the relations between the Camorra and politics at the time?

“Personally I have not received favoritism [sic] neither from lawyers nor from magistrates nor from policemen, I have always been captured and condemned. From what I read in the newspapers, there were implications, but the rotten apple can be found in every sack”.

Are we talking about the kidnapping of the former regional councilor [sic]for public works, the Christian Democrat Ciro Cirillo, which took place on April 28th of 1983, do you think there are still mysteries to be revealed?

And on the death of the criminologist Semerari?

Did you personally kill him?

“Yes, because he had committed himself with us to the New Family to follow our things, and he was well paid by me personally, but Cutolo had one killed in the security rooms of the court and Semerari made him a false report to have him acquitted.”

Did you consider him a traitor?

“He was a traitor, whoever makes an agreement and does not keep it is a traitor. We are talking about a criminal area, aren’t we?”.

Let’s talk about his clan, how many men did he control?

“I was with one foot in Italy and another in South America, I had men here and there commuting. About thirty.”

How did you choose them?

“We took them as travelers [sic] for drugs, then, if someone stood out after being studied, we made them commit something. A murder, in short, an action, and from that moment on he was no longer the transporter but became part of the family”.

Have you ever been afraid of being betrayed by one of your men?

“Whoever cheated has been killed.”

And were you afraid of being killed too?

“It was happening, but someone failed and he was killed.”

So have they tried?

Was he one of his most trusted men?

And did he try to kill her?

“Yes, because he wanted to take my place.”

Can you tell me the story with Pupetta Maresca?

“We met each other with Signora Maresca.”

“A little before the ’70s, in ’66 or ’67, and we got together, we had two children, then it happened that they arrested me, I had to tell the truth about facts in which his brother was also involved and from there the break came. “

So, did the story end for his revelations involving Pupetta Maresca’s family?

“Yes, but also because of my long absences. I left the judicial asylum in 81, where I was pretending to be mad, after a year I was arrested, in 87 I went out due to the expiry of the terms, I went to South America, I met another woman from to whom I had three children. “

Last time you were arrested in Peru, did you have a luxurious life as a fugitive?

“Well luxurious, it was a rhythm of life.”

Is it true that in Lima you were a financial consultant for three private clinics and managed your own real estate company?

It is said that from Brasilia prison she escaped by exiting the main door. Did it really happen?

“They opened our cell at night, a helicopter waited for us, we crossed the Amazon and was deposited in Peru.”

How important was corruption during his hiding?

“In South America a lot, here in Italy we don’t really talk about it”.

How much money revolved around drug trafficking?

“Billions of lire. In fact, the judicial authorities seized billions of old lira owned by me in Naples and also in South America”.

Are you a poor man now?

“I am a man who has been working and paying taxes to the state for twelve or thirteen years. I have my income.”

So, do you live on your work?

“I live from my job and I pay taxes to the state. The authority can confirm it.”

Do you believe in God?

Is the relationship with your conscience peaceful today?

And for the past?

“I would be a hypocrite if I said that I am really calm. And that: I acquitted myself?”.

What is your opinion of that past?

“If we had the opportunity, as I do today with my children, to guide and follow them … nobody is born with crime in the blood, criminals become”.

What do you think of “Gomorra”, the book written by Roberto Saviano?

“It’s okay for public opinion, but the police are the ones who bring about the destruction of the underworld.”

Do you have a message to give to young people who are drawn to the Camorra?

On July 1, 1998 at the Corte d’Assise in Santa Maria Capua Vetere, Caserta the Spartacus Maxi-Trials were opened. The trials were named after the gladiator Spartacus as a comparison to the authorities need to take on the Casalesi clan (rising up in Vesuvius, Spartacus led his fellow slaves in a battle against the Romans).  The trials were aimed specifically at the activities of the Casalesi clan and would last for the next decade with the final verdict where 36 members of the clan on June 19, 2008, were found guilty of a variety of criminal activities including several murders. Sixteen of the 36 were given life sentences which included:

On November 17, 2010, Antonio Iovine was arrested in Casal di Principe. Then on 7 December 2011, police found Zagaria hiding in a secret bunker in Casapesenna.

Over the ten years of the Spartacus Maxi-Trials: over 1,300 people were investigated. Death threats were received by two reporters and a judge. Five people, which included a court interpreter, were murdered. By the end of the trials 115 people had been prosecuted, 26 life sentences in an overall total of 750 years were handed down.

In newspaper reports over the weekend of 25/26 April 2020, a prominent Casalesi member considered to be the financial mind behind them, who was sentenced to 20 years in 2007, was released from prison in Italy due to the Covid-19 crisis. Italy’s anti-Mafia prosecutor Cafiero De Raho confirmed the release of Pasquale Zagaria who, along with Francesco Bonura (Cosa Nostra) and Vincenzo Iannazzo (‘Ndrangheta), have now been moved to house arrest. The Italian government authorised magistrates to transfer prisoners with less than 18 months to serve to house arrest to prevent the spread of the virus in Italian prisons.

Buy me a coffee