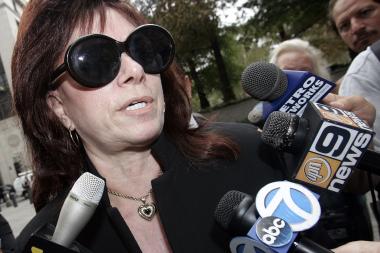 Victoria DiGiorgio Gotti (not to be confused with her daughter of the same name), may have been the Wife of Gambino Crime Family mob boss, John Gotti. Who would have been celebrating his 76th birthday today, but she said even they didn’t talk about women the way Donald Trump has.

“I was married to the #1 gangster and would have cut his throat if he ever said such a foul thing to me,”

Gotti told a pen pal at The Daily Beast, referring to the Access Hollywood tapes in which Trump brags about kissing and groping women.

Gotti, who was also a contestant on Celebrity Apprentice in 2012, added that she considers Trump a:

“an embarrassment to the country.”

“hoping you women out there who have any ‘class or dignity’ remember what this ‘crude obnoxious megalomaniacal mutt’ really thinks about women.”