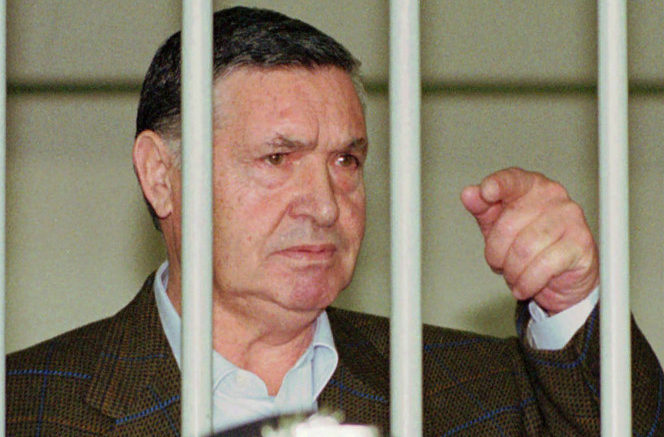 Toto Riina, who celebrates his 87th Birthday today, could soon be a free man who will be allowed to die in dignity.

Many reading this will instantly recgonize the name Toto Riina from the slaying of two anti-Mafia judges back in the early 1990’s, but he was also at the center of other controversies over the year.

The former Sicilian Boss of Bosses had a 13-year-old boy dissolved in acid back in 1996 (the son of a man who ratted out the mob boss).

He has been incarcerated since 1993 after being hit with 12 life sentences but that hasn’t stopped ‘The Beast’ from ordering murders from behind bars. Authorities believe that he has been linked to over 150 murders, including an attempted assassination in the 1980’s of the future mayor Rudy Guliani (who happened to be a close friend of Giovanni Falcone).

He however backed down on sending an assisin to the US to complete the job, in fear of US attacks on the Sicilian mob.

The recent decision to have him sprung from jail to ‘die with dignity’ has caused uproar from the likes of politicians, prosecutors and law officials.

Toto, who actually turns 87 years old today now suffers from cancer, heart disease and Parkinson’s disease and the final decision on Riina’s freedom will come from the parole board in Bologna, near Parma.

The Life and Times of Frank Balistrieri