On the 30th July 1959 the arrest of 23-year-old Richard Morrison – whilst asleep on the floor of his friend’s apartment – would eventually see eight police officers sentenced for their involvement and the resignation of Chicago Police Commissioner Timothy O’Connor. Morrison, who was nicknamed the ‘Babbling Burglar’ by the Chicago press, was also discussed at the highest level of the Chicago Outfit. The discussions included a plan that involved Virginia Hill, the former lover of deceased mobster Bugsy Siegel who was murdered at Virginia’s home in Beverly Hills on June 20th, 1947.

In June 1958, according to the court testimony of Morrison along with police interviews Chicago cop Frank Faraci met Morrison and wanted a cut of his action. Morrison claims Faraci had said to him “You know, we like nice things too.”, and spoke of another cop, Allan Brinn who apparently wanted a set of golf clubs. On the 31st July, 1958, while out at night looking for a set of golf clubs in the Evanston area Morrison unwittingly walked into a sting operation. After being shot at by police officers and abandoning his car Morrison managed to evade capture, however, the next morning Morrison was arrested at his apartment located at 4332 N. Sacramento Avenue. Morrison had said “It was after that I figured I might as well go in with them – Chicago Police [sic] – since I was in trouble again anyway.” The police acted as lookouts for Morrison then they would drive him and whatever loot he had stolen to one of the cops homes. Morrison would keep the cash and jewelry the cops would keep the rest. 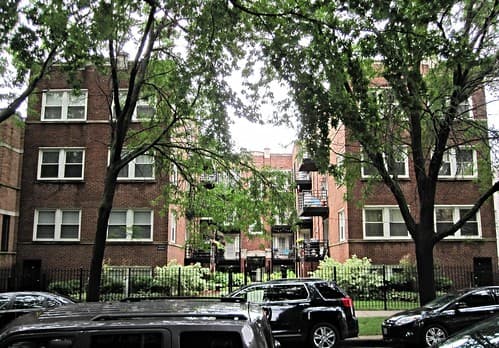 Of the eight officers involved. Five received prison sentences which ranged from 1 to 5 years, two received fines of only $500, when the homes of the cops were raided four lorry-loads of stolen items were taken from seven of the eight police officers’ homes. The officer whose home had no goods stashed spent six months in jail and received a fine of $1,000. Guilty cop Frank Faraci’s wife ripped a necklace from her person and said, “Here, you might as well have this too. I got it from Richard Morrison,” the Chicago Tribune reported at the time. Morrison in exchange for his testimony against the police had all his charges dropped. 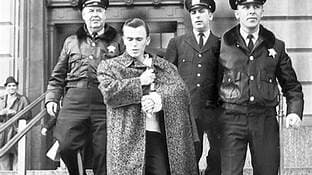 Morrison leaving the same court, Cook County Criminal Courthouse, where in 1980 serial killer John Wayne Gacy was found guilty of murdering 33 young men & boys and sentenced to death.
However, what Morrison didn’t know was that following his arrest, while he was still being held in Cook County Jail, his sister who had an extremely influential friend, had tried to help him. In the early 1930s, before Richard Morrison was born, Chicago Outfit bigwig Murray ‘The Camel’ Humphreys had had an affair with Morrison’s sister. It would seem from the following conversation captured by the FBI that Morrison was lucky to have ever made it to court. Although the FBI state they received information from an informer, the informer would have had to have had the memory of an elephant to remember all he is alleged to have overheard. We now know that the FBI had bugged certain locations where Humphreys held meetings.

It is easy to deduce that the ‘broad’ Humphreys is alluding to is Virginia Hill who moved to Chicago from Georgia in 1933 with her then husband George Randell, she divorced him in 1934. Virginia was working as a waitress at the Century of Progress Exhibition of 1933. However, she was also working as a prostitute and was soon under the management of Charlie and Joe Fischetti who were running the Outfit’s prostitution rackets. Virginia was then taken in by Jack and Rose Guzik. Jack Guzik aka Jake ‘Greasy Thumb’ Guzik the Outfit’s financial and legal wizard as well as their political ‘greaser’ introduced Virginia to Joseph Epstein who immediately fell in love with her. Among other roles Epstein ran the racetrack rackets for the Outfit. 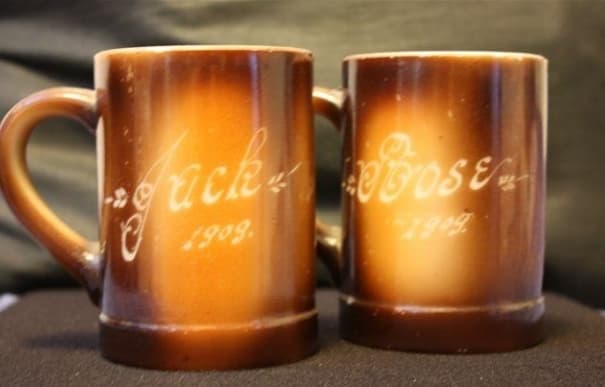 Commemorative mugs for Jack and Rose’s second wedding anniversary who were married on April 13, 1907. 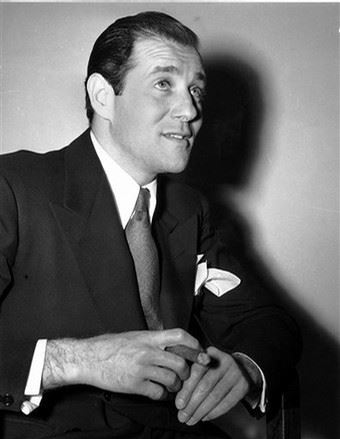 Before Bugsy Siegel was murdered Virginia had alerted Paul Ricca that Bugsy was looking to put together his own Nevada organisation. Then on the 16th July, 1947 just four days before Bugsy was killed in her apartment Virginia left for Paris. 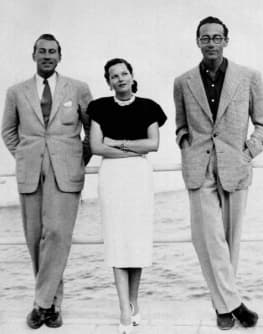 Picture of Virginia taken with two companions on the 18th July, 1947 while in the French Riviera.

Would the young Morrison have been able to resist the charms of Virginia Hill had Humphreys’ plan come to fruition?

We will never know.

“MY THING” – Tales Of A Reformed Gangster, hosted by Gunner A. Lindbloom