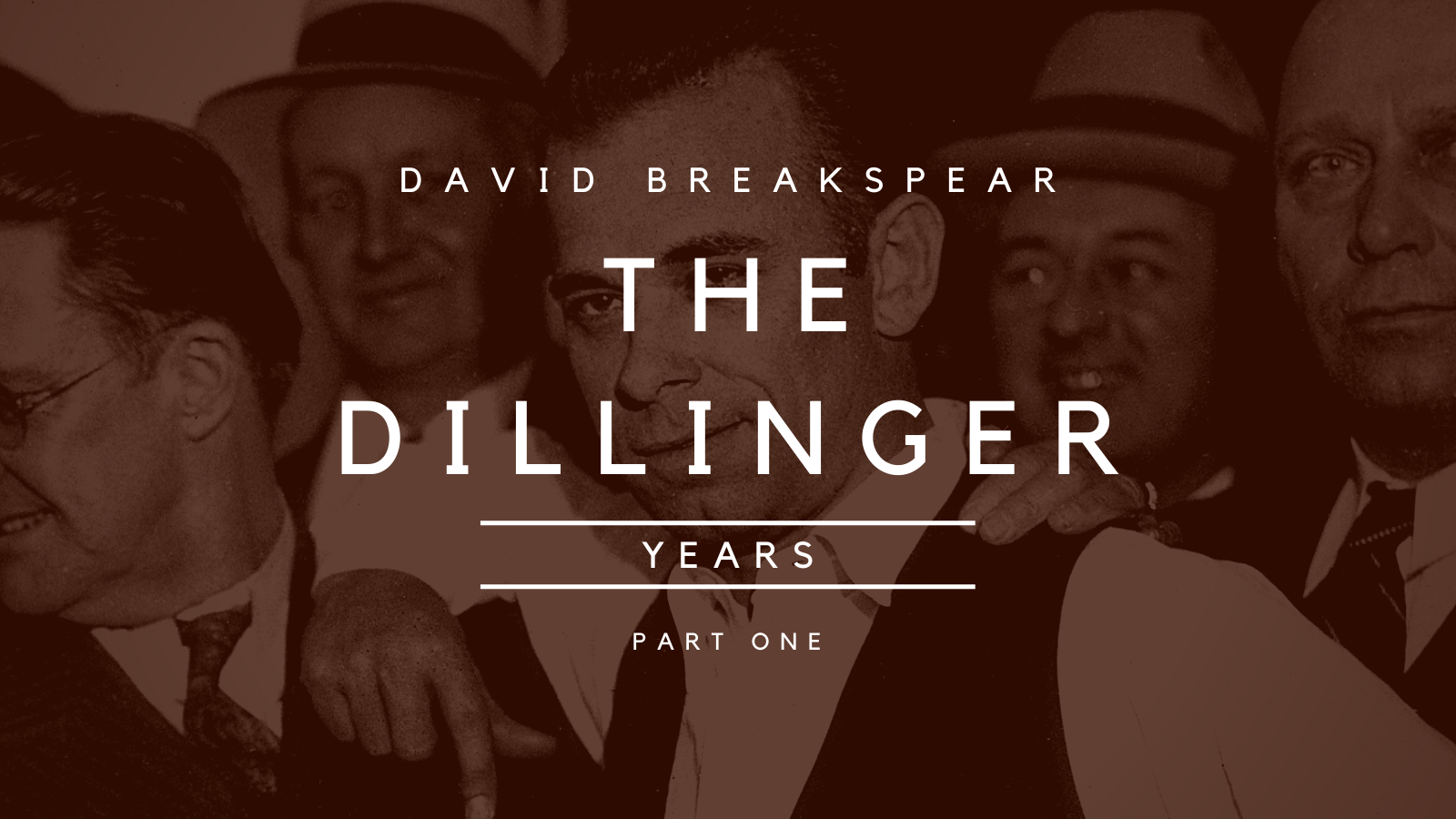 “You aren’t the type of man like me. You don’t have the nerve.”

Harry Pierpont during his trial for murder in 1934

If I said the name John Dillinger, few of you will reply, who? However, if I were to mention the name Harry Pierpont, other than the aficionados among you, I am sure there will be a larger majority asking, “Harry who?”

Too weak to walk to the chair that would see his end, Pierpont had to be carried to his death by prison guards. Prior to authorities carrying out his capital punishment Pierpont and his accomplice, Charles Makley, on September 22, 1934, had attempted to escape from the prison by making fake guns from bars of soap and dying them black. As prison guards opened fire on the pair, they shot Makley dead. However, Pierpont who was shot many times survived, a moot point considering the circumstances a mere 25 days later.

So, who was Harry ‘Pete’ Pierpont and what led up to his execution?

Well, Pierpont was to Dillinger what many suggest Johnny Torrio was to Al Capone or what Arnold Rothstein was to Meyer Lansky and Charlie ‘Lucky’ Luciano. Although the eldest by only 8 months, it is said that Pierpont was Dillinger’s mentor. There are some who claim that Harry was the actual leader of the gang, however, due to his dislike of publicity, he took a back seat.

On October 12, 1933, Sheriff Jess Sarber was shot and killed by Pierpont as the killer and several members of the Dillinger gang arrived at Allen County Jail to break Dillinger out of prison. Led by John Dillinger, the Dillinger Gang, as well as being a notorious group of bank robbers, were also responsible for the fatal shootings of thirteen police officers between 1933-34.

They had warned the sheriff about a potential jail break concerning Dillinger, but thought the outlaw was “just a punk.” They elected Jess Sarber to be Sheriff of Allen County in November 1931 and held the position until Harry Pierpont murdered him on October 12. He was previously a used car salesman. It was said that Sarber treated his prisoners with respect and was one of the most liked police officers in the county and was the first Sheriff to be killed in the line of duty in Allen County. In a procession that saw over sixty cars following the hearse, 2,500 people attended his funeral.

At around 6:25 on the evening of October 12, three men, Pierpont, Clark and Makley entered the jail and told Sarber they were from the Michigan City prison and wanted to speak to Dillinger. The Sheriff asked to see their credentials. Harry Pierpont then whipped out a pistol and told him this was his credential. Deputy Sharp jumped to his feet, but Makley quickly pulled a gun and aimed it at him. Sheriff Sarber stood and reached for a gun in his desk drawer and said, “Oh, you can’t do that.” Pierpont promptly shot the sheriff once in the stomach, severing a major artery. As Sarber tried to raise himself, Makley hit him over the head twice, opening his scalp to the bone, demanding the key to the cells. The sheriff’s wife, Lucy, then begged them to stop hitting her husband and retrieved the keys for Pierpont.

Pierpont had trouble opening the cell door and had the deputy open it for him. The deputy was not in uniform, and Pierpont told Sharp he was lucky they did not know who he was, or the deputy would not still be there. Pierpont released Dillinger and fired a shot down the corridor telling the other prisoners to get back, they only wanted John. Harry handed John the revolver he had taken from the sheriff’s drawer. As Dillinger entered the office and saw they shot Sarber, he seemed upset over the shooting and asked Pierpont why he had to do that. Then the gang left quickly after locking Mrs. Sarber and the deputy in the cellblock, taking the key with them.

Sheriff Jess Sarber died at 8:05pm at the Memorial Hospital in Lima.

The Early Years of Harry Pierpont

When Harry was a child, he had an unusual abnormality known as webbed feet. His second and third toes on both feet grew together at the first joint. In 1907, at five he suffered a serious head injury and in 1920 when 18 was hit in the head with a baseball bat and was unconscious for a full five minutes. Following his recuperation from the injury, Harry’s family noticed a complete change in his attitude and behaviour which in 1921 would see Harry arrested for the first time for carrying a concealed weapon. 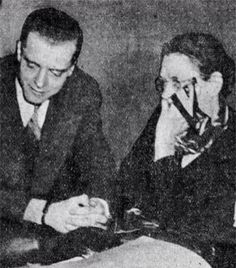 At the court hearing on September 19, 1921, his mother stated in written testimony that since his head-injury Harry had become “sullen, suspicious, and prone to outbursts after his injury” adding that he “has a mania for guns.” Then, on September 21, his mother had him committed to the Central State Hospital for the Mentally Ill. His hospital records showed that Harry was diagnosed with a form of schizophrenia known as “dementia praecox of the hebephrenic type.” A condition known to be caused through head-injuries.

Harry was only in hospital for a few months. However, within days of his release Harry was caught stealing a car and following an emotional plea during which his mother begged the judge to be lenient, they deferred his sentence of 12 month’s imprisonment. It served no purpose, as in no time Harry was once again in trouble with the authorities. Harry had stolen a car, and then he broke into a gun shop and stole nine guns before making his way to Indianapolis. He ditched the first stolen car to look for another car to steal. Harry noticed a car that had been left unattended outside the Indianapolis Water Company. Just as he was starting the car, the owners Mr and Mrs Edward Devine who had left a shop and were on the way back to their car noticed someone in their car with that Mr Devine ran to the driver’s side and attempted to drag Harry out of the car. A struggled ensued. Harry grabbed one of the stolen guns and shoved it into Mr. Devine’s stomach. Mr Devine, the larger and stronger of the two, and older, tried to get the gun, but in the struggle, Harry pulled the trigger and he shot Mr Devine in the leg. Mrs Devine, who by this point had got to the car, then struck Harry over the head with a frozen pot roast the Devine’s had just bought. As Harry hit the floor a member of the public who had seen what had happened ran over and assisted the Devine’s in holding Harry down until the police showed. Harry was subsequently sentenced to two to fourteen years in a reformatory in Indiana. 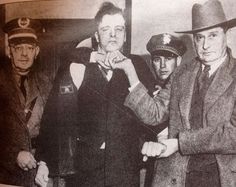 On March 6, 1923, and once again with thanks to his mother who had continually pleaded with the parole board, they released him. Almost immediately following his release, Harry violated parole and began his short but illustrious career as a bank robber. In 1924, Harry was wanted for several bank robberies carried out across the state of Indiana. He was eventually arrested in Detroit, Michigan and taken back to Indiana (Howard County) where on March 27, 1925, Harry stood trial for an armed robbery that netted $10,000 from a bank in Kokomo. It was while in custody awaiting the trial that Harry would attempt his first prison escape by sawing through the bars in his prison cell. On May 6, 1925, with his mouth kept shut Harry was transferred to Pendleton reformatory where because of the way his personality/attitude along with constantly fighting with the guards and his frequent attempts to escape when not in solitary confinement Harry was liked and highly respected amongst his fellow prisoners. One fellow prisoner who quickly admired the experienced Harry, who also looked up to him, was a certain John Herbert Dillinger.

Coming up in part two, the Dillinger gang years.

David Breakspear
I'm a former prisoner with a passion for the history of organised crime. You can read about my own experiences on my blog Journey of a reformed man on WordPress.

Formation of The Bandidos MC Australia