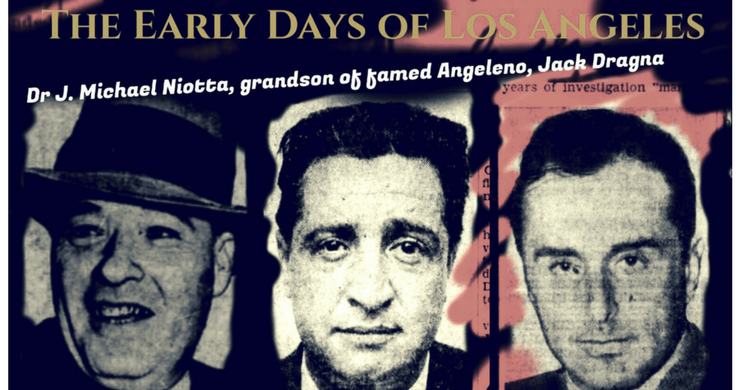 This widely circulated mugshot of one of the earliest Bosses of the Los Angeles Crime Family is the only image of the native of Piana dei Greci, Sicily, that researchers and mob enthusiasts typically encounter. Depicted, is twenty-nine-year-old Joseph “strong man” Ardizzone. Joe stood for the photo in 1914, roughly eight years after committing the crime. In another decade he would assume leadership of L.A.’s Sicilian fraternity.

The crime Joe Ardizzone faced, was the murder of George Maisano. Unsportsmanlike, Joe shot George in the back outside of the Maler Brewery. The crime was personal. The year was 1906. Though little more than a fruit vendor at the time, according to legend, far more blood was to be spilled at the hands of the strong man. Allegedly, he laid to rest some thirty men. Naturally, Maisano’s murder did not go unnoticed. “A friend of” the Matranga family, his slaying would incur reprisal. Despite the blood ties that linked Joe Ardizzone and the Matrangas back in Sicily, the friendliness between these distant relatives had long since left. Business transactions within the fruit industry may have been the extent of the Matranga-Ardizzone relationship by the time of the altercation. And a business transaction gone awry is believed to be the very catalyst that incited the gunplay and sparked a long and bloody feud.

Knowing he would be hunted by the authorities in addition to the Matranga family, Joe Ardizzone fled the state. Under an alias, he wandered the country, picking up work here and there. According to his testimony, he spent some time farming in Louisville. In his absence, Joe’s enemies were left with little means of extracting revenge against their foe. Unable to touch Joe, his family and friends all wore a target.

Joseph “Uncle Joe” Cuccia, was well known and respected as an arbitrator among the Italian enclaves of Los Angeles. In addition to settling squabbles among fruit vendors and land owners, he also acted as a courtroom translator on the behalf of the Italian community. It is Uncle Joe who would have had final say in the gripe between George Maisano and the Ardizzone family. Unhappy that the decision was not in his favor, Maisano attacked Uncle Joe’s reputation, by spreading the rumor that the blood relation between the Ardizzones and Cuccias had clouded the outcome (Ardizzone’s mother was born a Cuccia). Though courtroom testimony later revealed that George Maisano openly threatened Ardizzone’s life, prompting Joe to act first, it was likely Maisano’s disrespect toward Uncle Joe Cuccia that figured into why the matter was handled so brazenly. 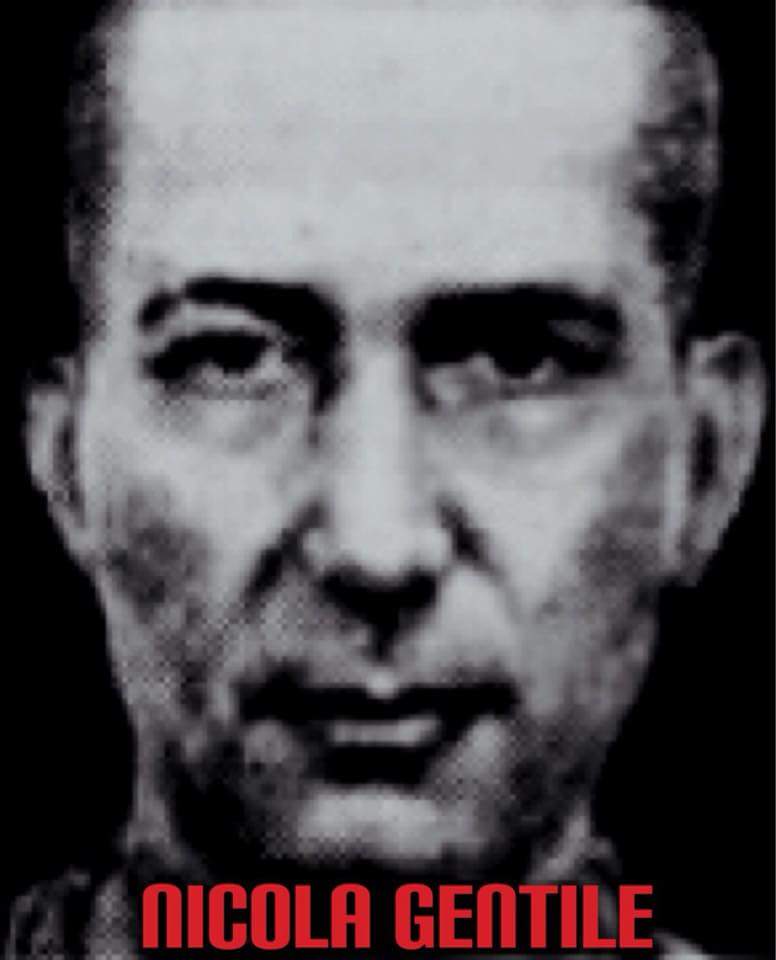 Not too unlike the role of consigliere, the arbitrator or negotiator is a long held tradition and position of respect among both Sicilians and Italians. In New York it could be seen in Nicola Gentile, and in Detroit, Gaspar “the Peacekeeper” Milazzo. Men such as this travelled the country in order to facilitate business transactions in person, and to resolve precarious internal squabbles as an impartial decision-maker. Their duties ranged greatly. Some merely served as “messaggeros,” relaying messages considered better conveyed face to face. Instances of a much higher level of responsibility have also been seen; at least one arbitrator “pinch hit” as the Acting Boss for a family. Though far less structured in the pre-teen days—more like gangs than corporations then—within crime families and even common street gangs, the position of the arbitrator was certainly in effect. It could be seen in Los Angeles in Uncle Joe Cuccia, and later the responsibility would fall upon Jack Dragna, who stepped into the unofficial role wearing a formal title. As a founder and leading member of the city’s prohibition era protective association, the Italian Welfare League, Dragna became known as the Mayor of the Italian Ghettos. The papers referred to him as a Civic Leader.

During the early part of the 1930’s, Milazzo and Dragna each played an important yet little known part in the Castellammerese War, an internal struggle within la cosa nostra membership that ushered in the beginnings of what is now known as the American Mafia. It served as a heavy hit to the American-based clans of Castellammare del Golfo, Sicily, in 1930, when Gaspar Milazzo and his driver were murdered at a sit down meant to quell the bad blood. Similarly, though widely respected and loved, a decade and a half earlier, Uncle Joe Cuccia also wore a target because of his prominence and stature. It took roughly two months for George Maisano to die from the gunshot wounds delivered by Joe Ardizzone. And a short while after his death, Joe Cuccia became a notch on the Matranga family’s death list. The execution may just be the very first reported drive-by-shooting in Los Angeles history.

“He was driving slowly in a buggy near Fifteenth street, when a young man rode up behind him on a bicycle and discharged four shots at him from a revolver. The first three shots missed, but the fourth entered Cuccia’s back, penetrating the heart.”

The vendetta killing of Uncle Joe Cuccia, whom newspapermen referred to as “something of a leader among the Italians of Los Angeles,” certainly left the Matrangas a much stronger force in the city’s ethnic boroughs. And by the close of the next year, they ended the life of another of Joe Ardizzone’s associates. New Year’s Eve, 1907, gunmen shot down Giovannino Bentivegna in his place of business, firing shots through his barber shop window. Still not satiated, the violence continued. 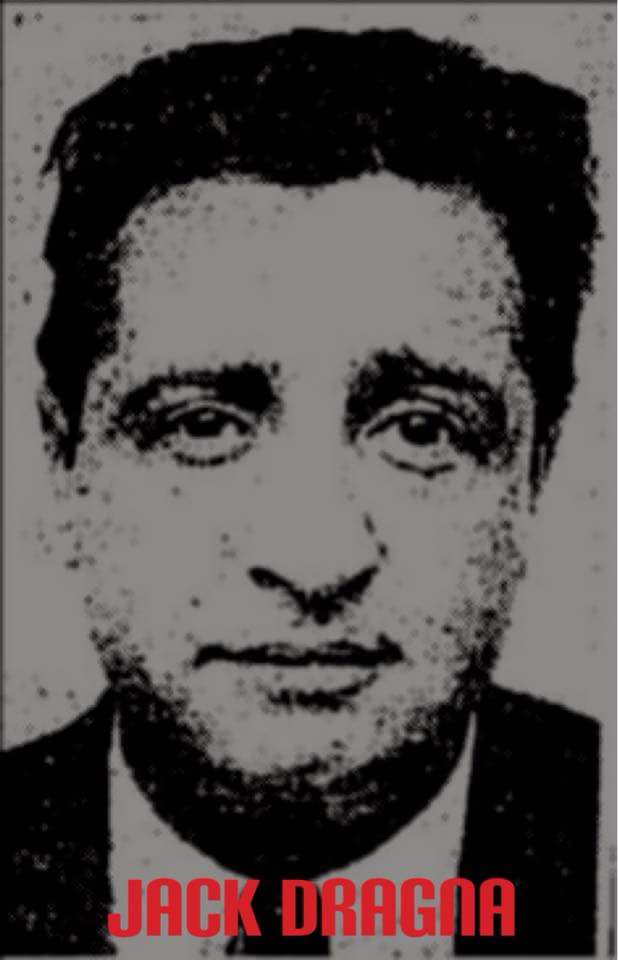 Joe Ardizzone didn’t make it back to California until 1912. Laying low, he established a ranch in the Sunland area and continued to keep quiet. Authorities remained unaware of his return until a couple years later, and only learned of his presence in the Southland after his neighbors filed a complaint. Joe had been messing around with their teenage daughter, fifteen year old Elsie Ellenberg. In his defense, the couple married a short while later and had at least three children. Sheriffs surrounded the well-guarded Ardizzone ranch in May of 1914, and the strong man went in willingly.

“Joe Ardizzone came to Los Angeles last night for the first time in eight years, and he came with steel cuffs about his wrists.”

The famed mugshot of Joe Ardizzone we’ve all seen so many times was snapped during this stint of incarceration. The strong man stayed behind bars throughout the length of the murder trial, which lasted roughly a year. Ultimately he received a ruling of self defense, and in 1915, Joe walked. But the Matrangas still hadn’t forgotten, and for the killing of his cousin, “Uncle Joe” Cuccia, Ardizzone had plenty of reason for vendetta as well. 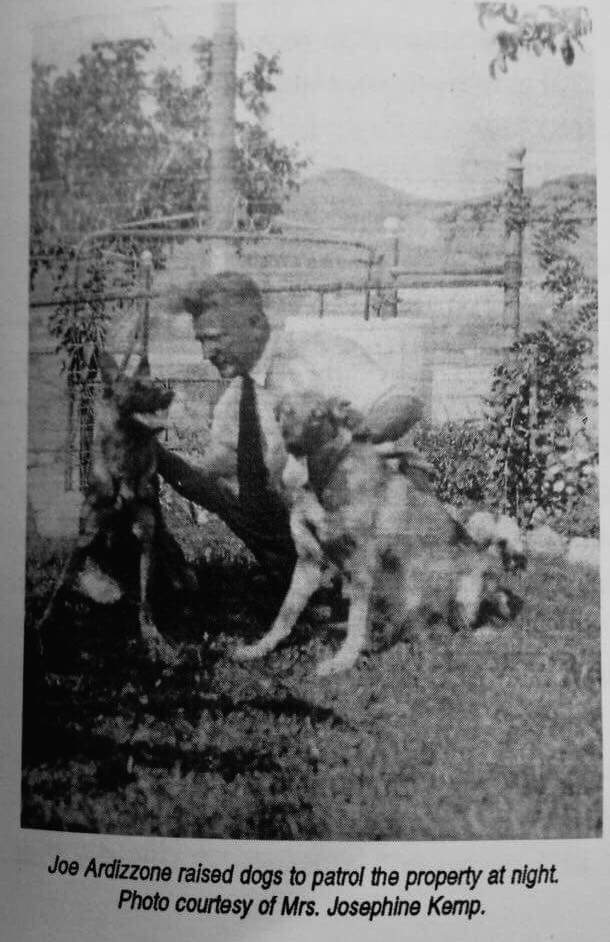 The Matranga-Ardizzone feud that followed in the pre-prohibition days of Los Angeles racked up quite a body count. The weapon of choice favored in these gangland executions was the shotgun, which in some cases nearly decapitated the victim. The bodies of several others were simply never found. Needing allies in the fight, Joe Ardizzone either joined or formed what has been called the North End Gang. Among the group’s followers were the strong man’s brothers, Salvatore (Sam) and Stefano (Steve) Ardizzone, who were joined by their Borgia and Cuccia cousins. 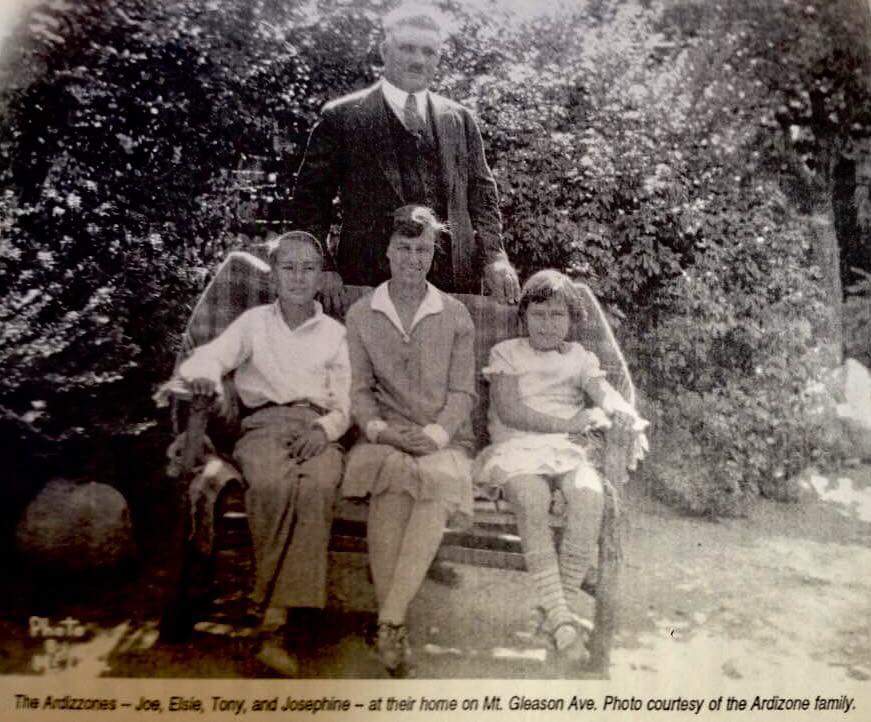 The North End Gang’s prized shooter, Mike “Rizzo” Marino, was skilled at the art of murder. An early member, Rizzo may have even formed or led the group prior to Joe Ardizzone’s involvement. During the investigation of the gangland slaying of Peter Matranga, Detective Williams of the Boyle Heights Station revealed to reporters that the gunman was “the same man who killed six other Italians in this country and half a score back in Italy.” Detective Williams was referring to Mike Marino, a man he deemed “a moral monster…utterly without fear of consequences.” Marino was sought as the prime suspect in the shotgun murders of both Sam and Peter Matranga, and may have also been responsible for the death of another Matranga relative, Joe LaPaglia.

One theory holds that two men arrived in Los Angeles with the intent of aligning the warring Sicilians in a truce under one fraternity. Though the pair came to Southern California from different destinations, each pulled in around the same time, arriving not long after the onset of Prohibition. Little is known about their underworld activities, and much of what we have learned was provided by an arbitrator. Nicola Gentile divulged many of la cosa nostra’s secrets to the authorities just prior to the public awakening to “this thing of theirs” delivered by famed turncoat, Joseph Valachi. The names of these mysterious men Gentile spoke of were Don Vito DiGiorgio and Don Rosario DeSimone.

Welcome to the first installment on the early days of Los Angeles. I have recently partnered with well respected, long time mafia researcher and crime historian, Richard Warner, to co-author an early history of organized crime in California. Expect some teasers in the upcoming LA installments with National Crime Syndicate and the Classic Gangster Society. Another project of mine—the Jack Dragna biography, Dragna: Beneath the Hollywood Mafia Mask—is well under way but not slated for the market any time soon. In the meantime, please order a copy of my new true crime title, The Los Angeles Sugar Ring: Inside the World of Old Money, Bootleggers, and Gambling Barons.

Get a signed copy of “LA Sugar”

Its Official: Martin Scorsese Announces ‘The Irishman’ Is Done Filming