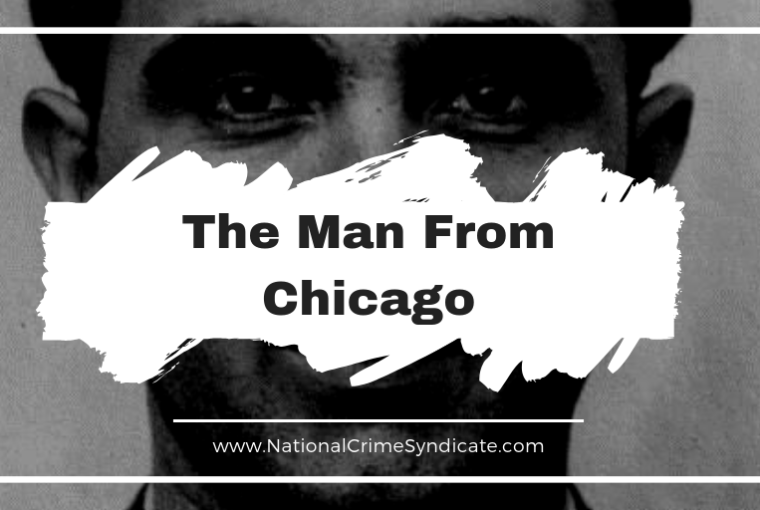 Installment 16: The Man from Chicago

Mystery. Uncertainty. Confusion. Any of these words could describe the criminal climate of early L.A. Many questions remain in regard to the alliances and feuds among Italian gangsters of the Prohibition era. Who sat at the helm? Who vied for control? Who rallied together and who served as the opposition? Quite a few stabs at these riddles have been made, and yet “murky” still defines the kind of clarity on the subject. Despite the uncertainty, it is evident that Los Angeles served as an enticing destination for underworld operators. Perhaps equally true, those that came weren’t too cooperative. As Richard Warner pointed out, during the second half of the roaring twenties, no one seemed to make gangster headlines in L.A. more than a mysterious transplant from Chicago by the name of Dominic Di Ciolla.

Descriptions of Di Ciolla label him “one of the earliest leaders of what became known as the Los Angeles crime family.” In addition to bootlegging, arson, and extortion, he also allegedly committed several murders. At the time his body was found near Pacoima with a .32 caliber slug in his head, the papers referred to him as a “bootleg king” and as a “boss of the Italian underworld.”

Believed by police to have been “put on the spot” as the result of warfare among bootleggers, the body of a man, said to be Dominick Di Ciolla of Los Angeles, was found lying in the road on Amboy Street near Van Nuys Boulevard early this morning with the top of his head blown off by a charge of buckshot.

Back in the Windy City, Di Ciolla held ties with a bootlegging group led by the infamous Genna brothers. This faction, which aligned its interests with Johnny Torrio and Al Capone, fell apart in the summer of 1925, when bullets claimed the lives of three of the six brothers. The remaining half fled soon after. His gang disbanded, Di Ciolla hit Los Angeles that next year. The man from Chicago took up as a butcher but also came to lead a group of transplants who were eager to dive into the city’s bootleg liquor trade.

Sources have speculated that Dominic Di Ciolla served as a lieutenant of early Los Angeles crime Boss, Rosario DeSimone. Going further, on the orders of DeSimone, Di Ciolla allegedly murdered August Palumbo, a competing racketeer who’d recently arrived from New York. L.A.’s criminal timeline; however, does not support this story. It was 1928 when lawmen discovered Palumbo’s near-headless body in the front seat of a car parked outside his home. But by then—and likely even before Dominic Di Ciolla reached California—Rosario DeSimone’s reign over L.A.’s Sicilian family had already ended. He relinquished the title to Joe Ardizzone in the middle of the decade. Although DeSimone may not have ordered Palumbo’s death, this does not discount the likelihood that Dominic Di Ciolla dispatched the competing bootlegger for his own gain; although brought up on charges for the crime, Di Ciolla was eventually acquitted.

August Palumbo is believed to have aligned his interests with the well-connected Albert “Black” Marco, putting him in opposition with Joe Ardizzone’s gang. Out of character for an Italian gangster, Marco—a pimp and bootlegger out of the Seattle area—held close ties to Charlie Crawford and his circle of non-Italian racketeers. This group, known as The Combination, had long been at odds with the city’s various Italian factions. When Marco went to jail in the summer of 1928, Palumbo attempted unsuccessfully to fill the void. He did not last long in the role. Likely also warring with the Ardizzone faction was Di Ciolla and his small collection of Chicago cohorts—remnants of the old Genna gang. The nature of the relationship between these two leaders remains unknown. Friend or foe, like those before him, Ardizzone’s reign did not go unchallenged. In line with Di Ciolla’s sudden and bloody end, it is very probable that the “strong man” Joe Ardizzone died violently as well—his body was never found.

Just a few days apart, newsmen out West sensed a connection between the 1931 slayings of bootleg heavies, Dominic Di Ciolla and Little Jimmy Basile. And the multiple attempts on the life of Joe Ardizzone right around that time must have tied in somehow as well, they wagered. That being said, the ideas the press advertised weren’t exactly in sync. The mystery of who was working with who still remains in question. Some reporters asserted an amicable relationship between Ardizzone and Basile—Ardizzone “was said to have been friendly to the Basile faction in its fight against Di Ciolla gangsters.” In support of this friendship theory, it was later discovered that on the night of Basile’s murder, he was having dinner with Ardizzone at the home of Rosario DeSimone. It is feasible that Basile’s death later that evening was mere collateral damage in an effort to take out the much bigger player. During his lifetime, Ardizzone’s status as “Boss” of the North End gang of Italians was not known to authorities. For this reason, others offered an opposing angle.

Some felt Little Jimmy Basile secretly partnered with the man from Chicago to remove Joe Ardizzone from the L.A. rackets. Newsmen weren’t the only ones that bought in; some members of the LAPD also subscribed. According to this story, Ardizzone gunned down Basile but was wounded in the process, taking seven slugs in the back. Although we may never know the whole story, the FBI files explain that Ardizzone’s gang was not only unhappy with his leadership, they conspired against him. If Basile and Di Ciolla did try to kill Ardizzone, they were not alone in their plight; shortly after this pair was buried, newer attempts on the strong man were made. The blame for these assassination attempts—and for his disappearance—has been placed on his own men.

The defunct mob website, Geocities, offered its own take on how Dominic Di Ciolla fit into the L.A. puzzle. The character they crafted is one of short-tempered double-dealing and influential yet fickle partnerships. “For Dominic alliances were temporary matters of convenience. On many an occasion he would enter into an advantageous agreement with every intention of renegotiating the terms or disregarding the deal in the most brutal and final manner possible.” Regarding his alliances in the City of Angels, Geocities contends that Di Ciolla befriended none other than L.A.’s Chief of Police, James “two guns” Davis. In addition to being well-connected, they also suggested he came at an opportune moment. “His timing proved fortuitous as two of the cities prominent liquor rings were wilting under the heat of federal and local scrutiny.”

Strategy or luck, Dominic Di Ciolla managed to benefit from the troubles of the city’s more established competitors. “Albert Marco the barrel chest partner of Goodtime Charlie Crawford was pre-occupied fighting off a number of legal challenges that promised to end his reign.” Another big player in town facing considerable difficulties was the gang led by Tony “the Hat” Cornero and his Stralla half-brothers. “The multi-national liquor ring run by Antonio and Frank Stralla was struggling to maintain its dominance as its chief executive officers were repeatedly drug into court to face charges relating to their booming enterprise.” Geocities’ claims no doubt found fuel in the United Press articles that covered the subject in the summer of 1928.

Police said they are former Chicago gangsters who came here to spread the illicit liquor trade, and that war with local liquor gangs who will not yield their territory is inevitable. At the same time police said that Frank and Tony Cornero, asserted leaders of the established Los Angeles liquor rings, who had absented themselves for the sake of convenience, had returned to protect their interests from foreign invasion. Police are inclined to believe that Palombo’s death resulted not in a clash between the “home” and “foreign” gangsters, but rather from a factional feud among the invaders.

Dominic Di Ciolla’s ability to achieve success in L.A. has been linked to the methods he employed; apparently he abandoned the ways that came so naturally in Chicago. “As an outsider and newcomer to Los Angeles, Di Ciolla’s ability to negotiate and employ diplomacy would serve him far better than the guns and bombs he’d employed in Chicago on behalf of the Genna brothers and their political patrons.” Although Geocities’ rendition of the past is far from shy in taking liberties, it does admit its level of uncertainty as to what brought the man from Chicago to Los Angeles in the first place. “Was it an attempt by the Genna brothers to expand their influence? Or was it simply a case of an ambitious upstart carving a place for himself in a rich new territory?” Considering the Gennas were through by the time Di Ciolla came out West, it is much more probable the hungry young man was seeking his own niche in another arena. It was; however, not to be. In Los Angeles, he lasted all of six years.

It wasn’t long before the police informed the press that they knew exactly who’d laid the man from Chicago under. But, to their dismay, the killer would go unpunished and remain unnamed. The all too common story echoed; no one was willing to testify.

Author’s Note: On January 12th, I will be showing new artwork at the upcoming 5 year anniversary of San Diego’s La Bodega Gallery. To view original works of crime inspired art please visit my gallery at www.jmichaelniotta.com/a-r-t 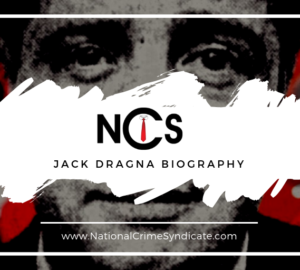