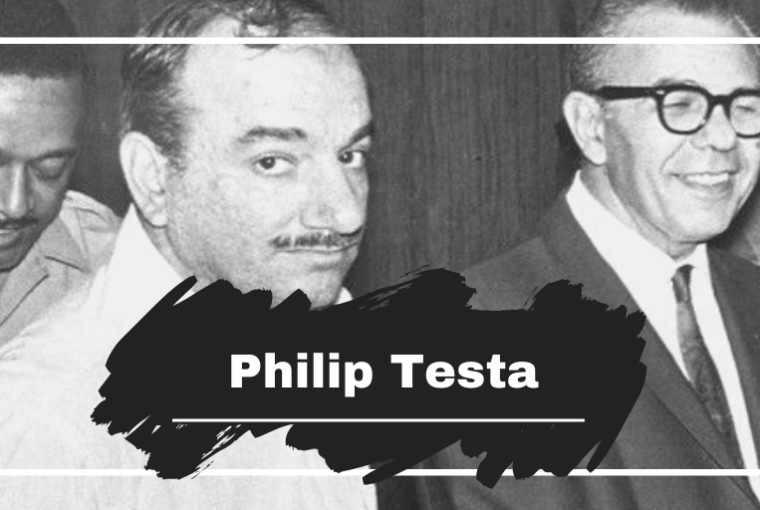 Philip Carlo Testa was born on April 21st 1924 in Philadelphia. Later in his life he befriended mob boss Angelo Bruno, who would soon become an opening into the Mafia world for Testa.

It was believed that Testa’s income was solely from winnings as a common gambler, seeing himself as a statesman similar to Julius Caesar gaining him the nickname ‘The Julius Cesar of the Philadelphia Mob’.

He was described as a sour-looking man, with a pockmarked face, well built with brown hair and eyes, and he was reported to have dark emotionless eyes that gave off the appearance of a great white shark with a bulbous nose and scowl that made press photographers back away from him.

His pockmarked face is thought to be one of the reasons behind his other nickname, The Chicken Man, as the pockmarks are believed to have been caused by a horrible case of chicken pox with the scars never fully healing. Testa sported a thick moustache (despite Mafia code stating that members could not sport moustaches).

At the age of 32, Testa became a father to his only son Salvatore Testa, he remained very close to Salvatore, even when Sal became older and moved out on his own.

Philip’s office was in the back of what was the Bank Street Restaurant, he however changed the name to ‘Virgilio’s, It was out of this restaurant that he operated his legitimate and illegitimate business enterprises.

One month before Testa was murdered, himself, Frank Narducci Sr., Harry and Mario Riccobene, Pasquale Spitito, Joseph Ciancaglini, and several associates were indicted in a federal racketeering case that centred on gambling and loansharking operations run by the mob. The case was based on an investigation called Operation Gangplank.

On March 15, 1981, Testa returned to his home on 2117 Porter Street in South Philadelphia, directly across the street from the scenic Stephen Girard Park. As he was opening the door to his house, a nail bomb exploded under his front porch. 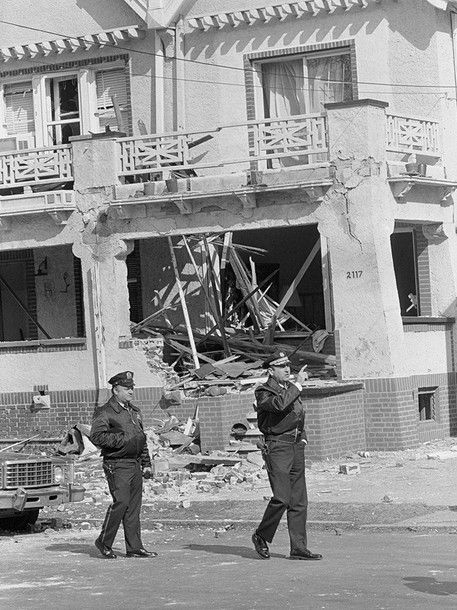 The house was ravaged and witnesses claimed that pieces of Testa’s body were scattered blocks away. He was rushed to St. Agnes Medical Centre in Point Breeze, Philadelphia, Pennsylvania but died of internal bleeding.

Salvatore Testa was angered and personally hunted down and sought to seek out revenge on his father’s murderers. Exactly one year after his father’s bombing, Rocco Marinucci, the man who waited outside their household and detonated the bomb, was found in a parking lot in South Philadelphia, with cherry bombs from Salvatore stuffed down his throat and shot to death.

He also wanted to personally shoot Frank Narducci Sr. for his involvement and waited so that he could see Narducci’s expression on his face, before pulling the trigger.

Philip Testa left his son an estate worth $800,000 that included a run-down bar in Atlantic City on a site where Donald Trump decided to build the Trump Plaza.

Trump paid Testa $1.1 million for the right to tear the bar down.