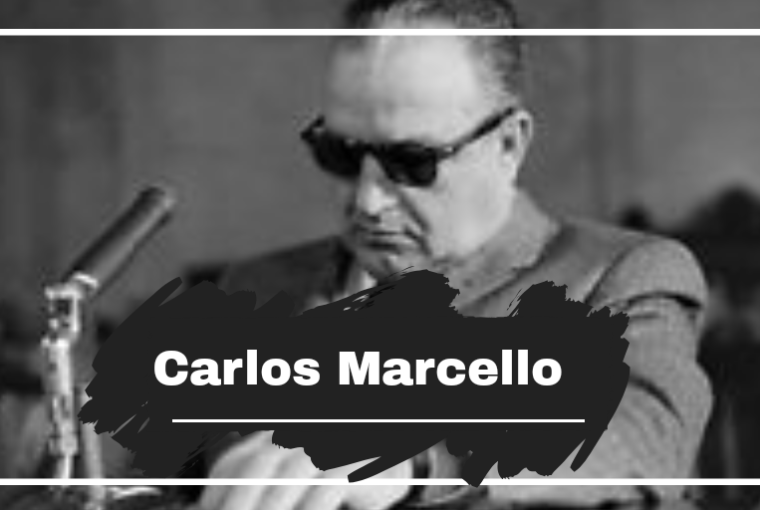 Carlos Marcello was born Calogero Minacori on February 6th 1910 in North Africa, He immigrated to the U.S, in 1929, immediately he was arrested for a bank robbery in New Orleans, these charges were later dropped, however the following year he was convicted of assault and robbery and was sent to prison for 9 years, only serving 5 of the 9.

By the late 1940s Marcello had taken control of Louisiana gambling networks, according to former members of the Chicago Outfit, Marcello was also assigned a cut of the money from Las Vegas casinos, in exchange for providing “muscle” in Florida real estate deals. Marcello by now was selected as the undisputed leader of the Mafia ‘The Godfather’ of the Mafia in New Orleans. He was to hold this position for the next 30 years.

In March 1961, Robert Kennedy the newly appointed U.S Attorney General, took steps to have Marcello deported to Guatemala a place Marcello falsely stated was his birthplace, Robert and his brother John F Kennedy, wanted to attempt to tackle organized crime.

On the 4th of April, Marcello was arrested by the authorities and forcibly removed to Guatemala. Outraged by his deportation, on returning to the US, Marcello made several threats towards the president, including threatening to have him assassinated.

Although having spoken to Jack Ruby shortly before JFK’s assassination, The FBI investigated Marcello after Kennedy’s assassination, however they found no evidence linking him to the crime.

In 1966 Marcello was arrested in New York. He was charged and after a long drawn out legal battle he was eventually convicted for assault. Sentenced to two years. He served less than 6 months, and was released on March 12, 1971.

Throughout his final years, Marcello suffered a number of Strokes, he was cared for by a group of nurses and watched over by his wife and family. He died at his marble white mansion in Metairie, Louisiana, on March 2, 1993.