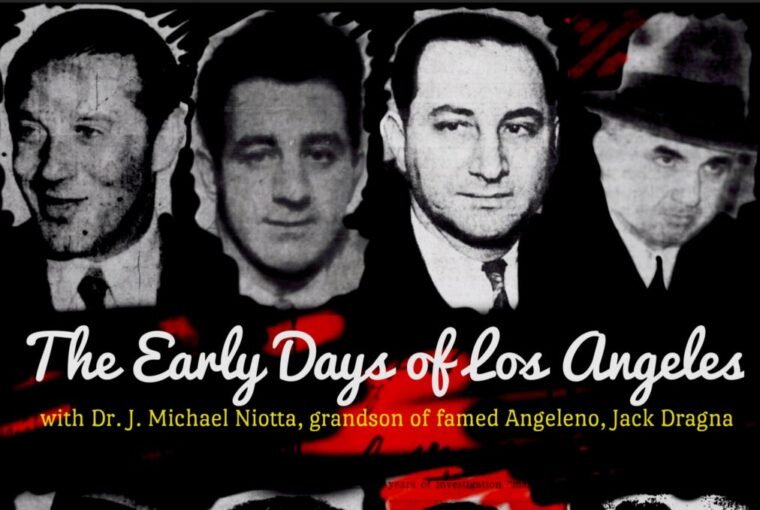 Installment 8: Mayor, Mayor on the Wall

The level of corruption sanctioned in Los Angeles by way of the mayor’s office throughout the long stretch of prohibition, could easily fuel season after season of award winning television. From real estate scams and rigged elections, bootlegging and gambling houses, to bookmaking, prostitution, and alliances with criminals and shadowy organizations—every Los Angeles mayor who sat behind the desk during “the drought” dabbled in at least some form of vice or immoral activity.

“Pinky” Meredith had a good thing going. Proceeds from the take beat-cops accepted as tribute from the city’s illegal operators always managed to filter upwards. And Meredith made sure the wealth filled his pockets. But that good thing came to an end in 1921, when George Cryer won out in the polls.

Cryer is best known as the puppet mayor who did the bidding of the city’s political crime syndicate. Pulling the strings was Cryer’s campaign manager, a well connected lawyer by the name of Kent Kane Parrot. Parrot not only attended USC law school, he gained notoriety there as a star football player. His deep roots in the city and alliances with men like Charles Crawford, Zeke Caress, Guy McAfee, the Gan brothers, and a seedy handful of others had just about every racket in the city sewn up. Though often regarded as a “paper” leader, subservient to the bidding of the Spring Street mob dubbed “the Combination,” Cryer did manage to make a few secret deals of his own. He conspired with his partners’ Sicilian competition. Hull and Druxman explain that Cryer and Jack Dragna…

“entered into a back-room arrangement away from the eyes and pocketbooks of their respective associates, which allowed both men to make a small fortune.”

Following Cryer was a much more pious candidate—John Porter. Porter was no friend of the Combination. In fact, prior to becoming mayor, he served on the Grand Jury that indicted Albert Marco, the syndicate’s prostitution and bootleg man. Preaching temperance and exuding moral fiber bought Porter the support of religious superpower, “fighting” Bob Shuler—an influential ally indeed. Shuler’s pulpit sermons, pamphlet style magazine, and nightly radio show on KGEF had garnered the holy man a lot of social pull. Despite this backing, some weren’t too thrilled to learn about Porter’s ties to the Klu Klux Klan. Though he did manage to narrowly escape recall, Porter didn’t last the next election.

Completing the list of LA’s crooked mayors of the bootleg era, was Franklin Shaw, who stepped into the role in 1933, not long before repeal. Though often tagged as the first mayor ever to be ousted from the position, at least one lesser city could more accurately make the claim. Still, few examples of such high corruption can be cited. The Combination may have owned Cryer, but Shaw belonged to the Italians.

Of the four mayors who served during this timeline, far more is known about the criminal movements of George Cryer and Frank Shaw, and for good reason—the powerful Harry Chandler. Like Bob Shuler, Chandler was not particularly fond of Cryer or his politics. For decades, the influential real estate titan had reigned over the Los Angeles Times as its Publisher. Using the newspaper as a political instrument, he wielded the power of the press to make or break careers. Chandler’s newsmen kept up a hearty campaign against the crooked mayor and his administration, highlighting criminal ties and questionable activities. It was the Times that branded Cryer, “Parrot’s Parrot.” All the harassment and heat likely accounted for the mayor’s decision not to run for re-election and to leave the city altogether.

In regard to Mayor Frank Shaw, there was no one alive who could have saved his elected position—too much had already been exposed. His compliance to the wishes of Harry Chandler likely allowed him to hold the title for as long as he did. As was the case with Cryer, Chandler didn’t care much for Shaw or his politics. Knowing well the Publisher’s capabilities, the new mayor had no desire to be on his bad side. And so, when Chandler made a proposal, Shaw happily accepted the terms of the arrangement. The deal may have shielded Frank Shaw for a time but it didn’t prove to be ample or lasting protection.

For a more in-depth look at LA’s political scandals and the movements of the city’s top vice operators, check out the following sources:

Catch true crime author, Dr. J. Michael Niotta, during his panel discussion of early Los Angeles mob activity at the Las Vegas MobSummit, held at the Plaza Hotel in the Fremont District this Father’s Day Weekend. Late September, he will be conducting a lecture on his grandfather, Jack Dragna, at the Las Vegas Mob Museum.

Learn more about his current works and upcoming events, and order his book, The Los Angeles Sugar Ring, at www.jmichaelniotta.com

The Cradle of Cosa Nostra – Calogero ‘Don Calò’ Vizzini: The Mafia and the Allies