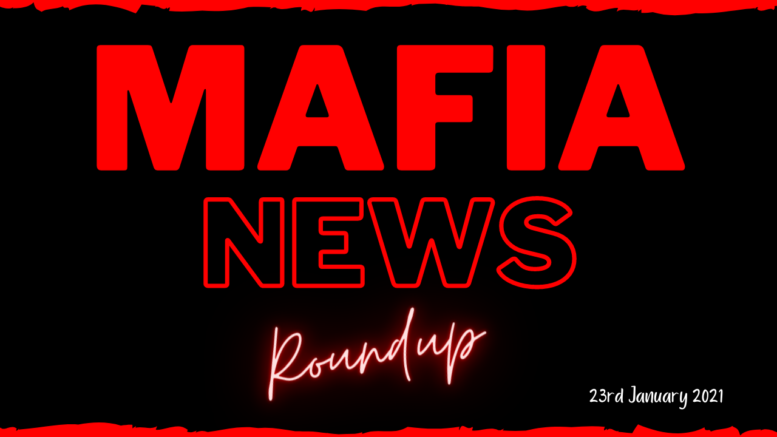 A unique story on Sunday January 21, 2021 caught the eye of the NCS news desk. Following a harrowing school shooting in America in 2012 famed horror writer Stephen King wrote a 25-page essay which was titled Guns and discussed the issues of gun violence and its prevention.

In 2004, during a feud between gangs of the Camorra, 25-year-old Antonio Landieri was killed. He was one of over 70 people killed in feuds that took place in 2004 and 2005. Landieri’s cousin, Esposito La Rosa, is a writer and editor at a publishing house, he is also the owner of the only bookshop, Scugnizzeria (the house of the urchin) in the very heartland of the Camorra in an area on the outskirts of Naples called Scampia.

La Rosa found Stephen Kings essay online and contacted Kings Italian agent. King gave permission for La Rosa to publish Guns. Kings Italian agent said, “It was precisely the social context in Scampia and the importance of selecting a publisher from the same area that convinced King to release the publication rights for his essay.”

Late on Sunday night outside the town hall of Miguel Hidalgo, a large district in Mexico City, five people were shot in what police believe was a cartel hit. Three victims were pronounced dead at the scene and the other two were rushed to hospital in critical conditions. One of the dead is believed to be a member of a local cartel known as the Union Tepito cartel.

On Monday, Screen Rant, listed the Metacritic top ten films of Robert De Niro whose work stretches back to the 1960s. Can you guess what the number one film is? Do you agree with the list of the top ten? Let us know your views.

On Thursday 21 January, The Cinemaholic asks the question is the book by Roberto Saviano, Gomorrah, which was turned into a smash-hit series and shown on Netflix, based on a true story?

In Italy, on Thursday, with the ongoing maxi trial against the ‘Ndrangheta of Calabria, Italian Police arrested 50 people which included a prominent centrist politician. The early morning raid was given the operation name ‘Low Profile’ by the anti-mafia squad in Italy known as the Direzione Investigative AntiMafia (DIA)

Thirteen of those arrested were remanded in custody and 35 were placed under house arrest, local media reported.

Full story can be read here

Last but not least, on Friday 22, it was reported that the man who investigated the death of the Italian Banker, Robert Calvi, aka ‘God’s Banker’, the chairman of Banco Ambrosiano, has died.

Calvi was found hanging under Blackfriars Bridge in London in 1982 in what was officially recorded as a suicide. Jeff Katz who passed away of a heart attack at the age of 74 believed that Calvi’s bank was connected to the Vatican and that Calvi was murdered by Cosa Nostra (The Sicilian Mafia).