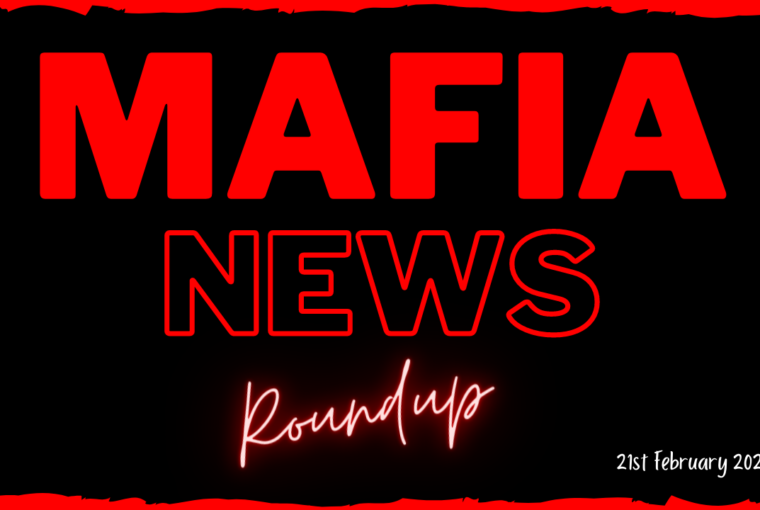 The Death of Raffaele Cutolo

We begin our reflection of the week’s news from the world of organized crime with the news from Italy on Friday February 19, 2021 reporting the death of Raffaele Cutolo. Cutolo, 79, was found dead in his cell at the prison in Parma. He had been in prison since 1979 from where he controlled over 10,000 Camorrista, created his own organization ‘The New Camorra’ and even fathered a child.

The Secret Luxembourg Base of Italy’s ’Ndrangheta Mafia

On Tuesday, the Organized Crime and Corruption Reporting Project (OCCRP) published a story on ‘The Secret Luxembourg Base of Italy’s ’Ndrangheta Mafia’ and about Santo Rumbo, who at the age of 31 was already considered a high-ranking member of ‘Ndrangheta.

“[…] according to Anna Sergi, a professor of criminology at the University of Essex.

“It is thought from investigations in Germany, Belgium, and the Netherlands especially, that Luxembourg is a transit territory for both mafia individuals and their activities and money,” explained Sergi, a leading expert on the ’Ndrangheta.”

Keeping with the ‘Ndrangheta theme, in Albania following the arrest of 7 Albanians alleged to have links with the Calabrian based Mafia -who are said to have been caught on wiretaps – Erion Veliaj, the mayor of Tirana, Albania has questioned the validity of the wiretaps and added in a radio interview that if the allegations were true and he had, along with others, “entered into negotiations with bribe-takers and swindlers, there would have been consequences.”

The Emergence of the Kaduna Mafia

A report in The Tide, an online news agency based in Nigeria, Africa, published an interesting story on a period in Nigeria, 1966-70, which saw the emergence of the Kaduna Mafia.

“A German Intelligence officer who was on a visit to Nigeria then, made a statement that what was brewing then was not a Nigerian affair, but an international one. Unfortunately, the mafia posture played into the hands of international hawks, some of who were oil barons and arms dealers. Another issue which was ignored locally was the fact that interests of the Blacks were of little or no concern to foreign merchants of fortune. Another unfortunate issue is that Black leaders rarely know their true friends from their smiling enemies. Thus, what happened in Nigeria between 1966-1970 was not exclusively a Nigerian affair. Nigeria was only a theatre!”

The Manchester Evening News published a story about the Greater Manchester police hacking into an encrypted communication network used by organized crime gangs in Manchester, and also in Liverpool, who have now secured a legal ruling they can use the evidence they have obtained from the network against these gangs.

A Look Back at Operation Underworld

Online magazine The National Interest takes a look back at Operation Underworld. A jointly run operation which were “a series of mafia-backed operations that took place between February 1942 and May 1945. The operation primarily involved cooperation from Italian and Jewish organized crime leaders, and began to counter Axis spies and saboteurs along the U.S. northeastern seaboard ports, but it was also to help avoid wartime labor union strikes and even to limit theft of vital wartime supplies and equipment by black marketers.”

Talent Scout With Ties to the Mafia

A special report appeared in the online version of the Daily Mail, the report contains how a talent scout with ties to the Mafia smuggled children out of Africa. It also contains “The extraordinary story of how £38m Manchester United prodigy Amad Diallo was ‘trafficked’ from Africa, via a tiny Italian club.”

Back to ‘Ndrangheta and a story appeared in Lovin Malta about how Malta’s online betting industry was used to launder ‘Ndrangheta money. Centurion Bet, based in Malta also operated Bet1128.

And finally, another story in the online Daily Mail caught our eye at the NCS news desk. On the outskirts of Bari in southern Italy a Puma, said to be owned by a local Mafia boss, escaped and is still on the loose. 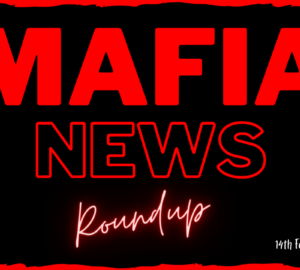 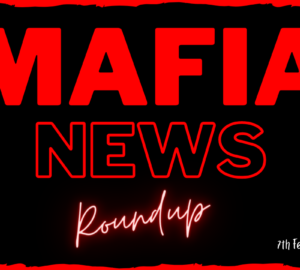 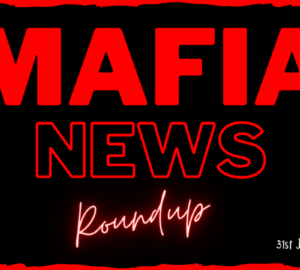