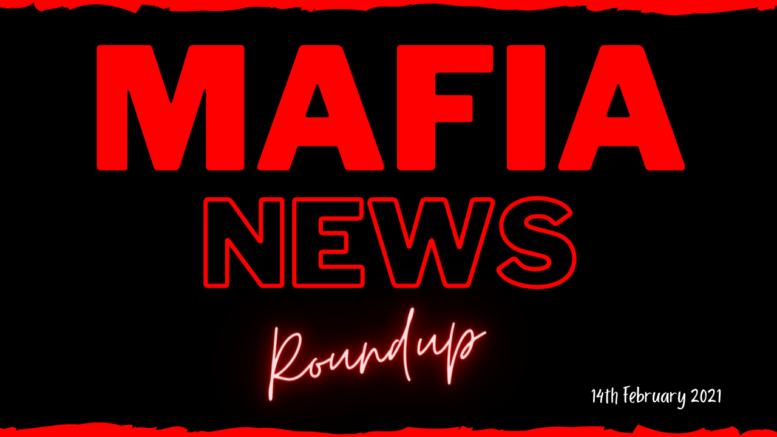 Inside The Trial Against The ‘Ndrangheta

We start with an interesting podcast from the Guardian about Italy’s largest Mafia trial in thirty-years, the trial against over 300 hundred suspected members of the Calabrian based ‘Ndrangheta.

Talking of historic trials, when Charles ‘Lucky’ Luciano was prosecuted and sentenced to 30-50 years in 1936 for running a prostitution ring it was the then District Attorney Thomas E. Dewey who received the credit. However, as the following story reports, it was, in fact, a lady, Eunice Hunton Carter who laid the foundations for the successful conviction of Lucky. Eunice was “[…] the first African American woman in New York state to serve as assistant district attorney. As the only woman on Dewey’s team,…”

“Netflix just released the trailer for upcoming Korean drama “Vincenzo,” which introduced the actor as Vincenzo Cassano, a Korean-Italian mafia lawyer who isn’t afraid to lend his bloodstained hands to beat the untouchable conglomerates in their own game.”

Following on from a story we covered last week when Italian police conducted police raids of suspected drug dealers with ties to the Camorra. One of the men arrested during the raids, Geremia Esposito, is accused of being the main distributor of marijuana in Malta “for the Genovese family that operates on behalf of the Gallo-Cavalieri clan in Torre Annunziata, near Naples.”

There was an interesting interview in The Hollywood Reporter with Balthazar Getty, the son of John Paul Getty III. Balthazar’s father was famously kidnapped by members of ‘Ndrangheta in 1973, he was only 16.

The Sicilian Mafia suffered another blow on Wednesday when 26 arrests were made following an investigation into money trails by Italian finance police.

The justice inspectorate in the UK launched a report, ‘An inspection of the effectiveness of the Regional Organised Crime Units’

“In this inspection, we examined how effectively and efficiently the Regional Organised Crime Units (ROCUs) tackle the threat from serious and organised crime (SOC). SOC remains one of the greatest problems for policing in the UK and overseas. Our last inspection report on ROCUs was published in 2015; Regional Organised Crime Units – A review of capability and effectiveness. Since then, the ROCU network has made substantial progress in some areas. We wanted to see how well ROCUs led the response to SOC while working with local police forces and other law enforcement agencies. We found evidence of some good work, but we also found some inconsistencies. We make six recommendations.”

Full report can be read here:

NCS friend and crime expert Christian Cipollini publishes prison pictures of El Mano Negra which can be seen by going on to Christian’s website: https://www.ganglandlegends.com/el-mano-negra

Seizures of Cocaine in the Port of Gioia Tauro

News broke on Wednesday about seizures of cocaine in the port of Gioia Tauro which is controlled by ‘Ndrangheta. A reported 1.3 tonnes of cocaine was seized at the port. For more on this click on the following link.

On Thursday, a report from the ‘Organized Crime and Corruption Reporting Project (OCCRP)’ looks at the growth of the cocaine trade in Europe and how the Mafia’s in Italy have never been too far from the action.

Sammy ‘The Bull’ Gravano and His New Podcast ‘Our Thing’

And finally, yesterday a story appeared in the online newspaper Yonkers by journalist, Dan Murphy, in which he writes about Sammy ‘The Bull’ Gravano and ‘The Bulls’ new podcast ‘Our Thing’. Dan writes, “I never thought that Sammy Gravano would capture my interest for nights on end, but his stories are fascinating. Although I have watched only two podcasts, (I believe that is all that is currently available), I have watched almost 100 of Sammy’s short videos, which each tell a story about his life in the Mafia, life of crime, and anectodes along the way.”