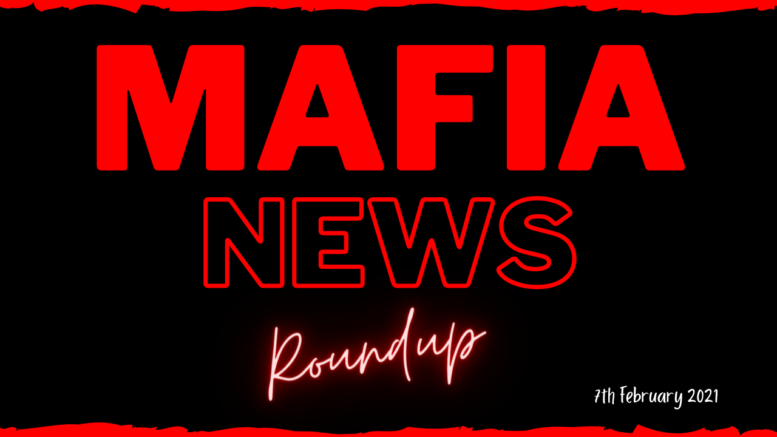 It has been a busy week for the in-box of the NCS News desk. It was a difficult decision on what to highlight but here are our choices from the weeks news headlines.

Also on Saturday, Homeland Security Today US published a story on a warning from Europol in a report that says organized crime gangs are becoming more violent in pursuit of their aims.

“The rise in violence in illicit markets can be tied to growing competition among criminal networks, the report says. Most drug-related fatal and serious violence have been reported in cocaine and cannabis markets, which have recently attracted new players.”

Read more on this story

On Tuesday, a “Big operation clobbers Sicilian Mafia clans” was conducted after it was discovered that two lifers who had obtained semi-liberty were in charge of reorganizing the Stidda: Italy’s fifth mafia after ‘Ndrangheta from Calabria, Cosa Nostra from Sicily, the Camorra from Naples and the Sacra Corona Unita from Puglia.

Smalltime: A Story of My Family and the Mob

The US News & World report featured a book that was released on February 2. The book, titled “Smalltime: A Story of My Family and the Mob” is written by Russell “Russ” Shorto. Russell’s grandfather, who shared the same name, was a main player “in the Johnstown mob during the city’s 20th Century heyday”.

Are You a Godfather Fan?

On February 3, Fox Chronicle charts the history of The Godfather trilogy and asks “Are You A Fan of The Godfather? Let’s See How Much You Know” To find out head on over to https://foxchronicle.com/the-godfather-movie-fans/

How did Tom Hagen Become Consigliere?

Talking of ‘The Godfather’, a story with the title “How did Tom Hagen, a Non-Sicilian, Become Consigliere in The Godfather?” makes for an interesting read which you can read by clicking on the following link. https://www.tvovermind.com/how-did-tom-hagen-a-non-sicilian-become-consigliere-in-the-godfather/

In Cinema Retro, journalist Matt Davey takes a look back at the 1972 film staring Charles Bronson, The Valachi Papers.

The Daily Mail online published a story on how the Italian Mafia have ordered Ambulance drivers to switch of their sirens as it is disturbing drug-dealers trying to ply their trade.

You can read more on this here.