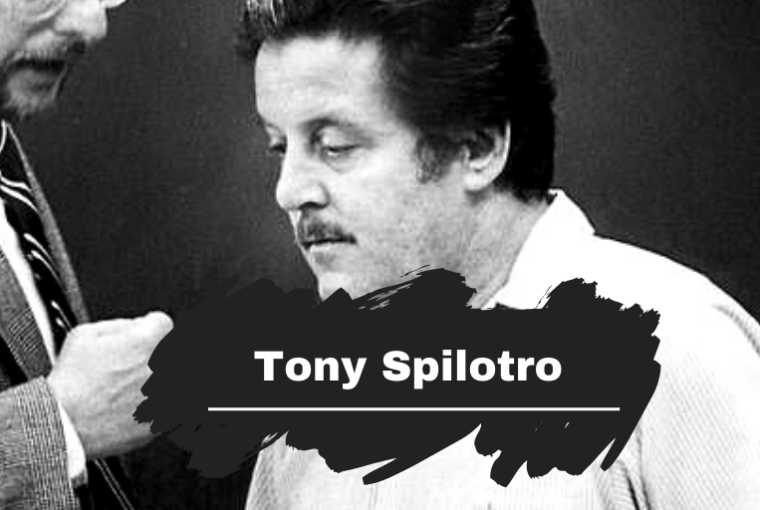 On this day in 1986 Tony Spilotro and his brother Michael were killed in true mob style. their bodies being uncovered a week later on Monday 23rd June 1986 by a farmer who thought that the remains of a deer killed out of season had been buried there by a poacher.

Tony was born and raised in Chicago and gained the nickname “The Ant” by the media after Special Agent William Roemer referred to Spilotro as “that little pissant” Since the media couldn’t use “pissant,” they shortened it to the “Ant”. He was also known as Tough Tony.

So who was Tony Spilotro for those that don’t know? He was an American mobster and enforcer for the Chicago Outfit in Las Vegas, Nevada, during the 1970s and 1980s. His job was to protect and oversee the Outfit’s illegal casino profits.

His parents, were Italian immigrants who ran Patsy’s Restaurant, a regular mobster hangout, where meetings between the mobsters of the city were held in the parking lot. It was through being in the restaurant that Tony and his brothers became acquainted with organized crime; such as shoplifting and purse snatching, at age 16, Spilotro experienced his first arrest for attempting to steal a t-shirt, he was fined and placed on probation, this arrest did not do anything for Tony and he continued to commit crimes and was frequently arrested for them.

In 1962 after befriending a number of members of the Chicago underworld, Vincent “the Saint” Inserro, Joseph ‘Joey The Clown’ Lambardo and Mob Boss Joseph “Joey Doves” Aiuppa.

Spilotro joined Sam “Mad Sam” DeStefano’s crew, and through DeStanfos advice and guidance, Spilotro finally earned a contract to murder Billy McCarthy and Jimmy Miraglia also known as the M&M Boys. During their interrogation, Spilotro tortured the men, and the corpses of the two were found later on that year by authorities in the trunk of a car on Chicago’s South side. The vicious killings won Spilotro a reputation and a new job controlling bookmaking territory.

In 1976 Spilotro opened his own jewellery and electronics store, The Gold Rush, He went into partnership with his brother, Michael, and Chicago bookmaker Herbert “Fat Herbie” Blitzstein, this store became home to Spilotro’s team of burglars, they gave themselves the nickname the Hole in the Wall Gang due to the fact that they would often break into wealthy homes and hotel rooms by making a hole in the wall or roof.

The mob were not impressed with the amount of attention that Spilotro was getting the blacklisting that Spilotro got when Aladena “Jimmy The Weasel” Fratianno was arrested and due to the fact found out that Spilotro had a contract on his life turned informant and testified against Spilotro, As a result, the Nevada Gaming Commission officially blacklisted Spilotro and the less than secret affair he was having with Rosenthal’s wife created unwanted headaches for the outfit.

On the night of July 4, 1981, the Hole in the Wall Gang had planned a big robbery of Bertha’s Gifts & Home Furnishings, which they believed would garner at least $1 million in profits. But once they had penetrated the roof, police surrounded the store and arrested, the mob were furious, three strikes were now against Spilotro so something had to be done. The Spilotro brothers were called into a meeting with the understanding that Michael would become a made-man.

Instead, on June 14, 1986, in a hit involving nearly a dozen other mobsters, the brothers were beaten and asphyxiated before being buried in a cornfield in Enos, Indiana.