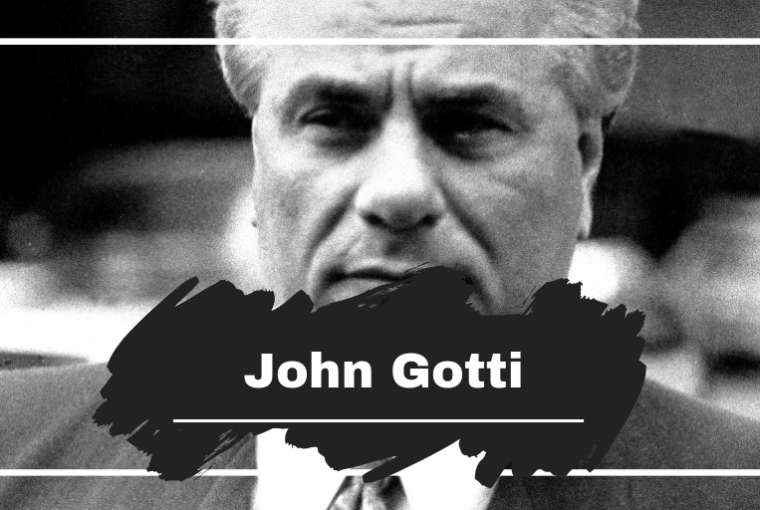 On this day in 2002 we would mark the passing of one of the most famous mobsters of all time, John Gotti.

Gotti first made his bones back in 1973 when he was a captain for Carmine Fatico’s crew, it was during this year that he would shoot and kill Jimmy McBratney who was a rival mobster.
He was also a protege of Aniello Dellacroce who was the Gambino underboss who everyone expected to become boss after the passing of Carlo Gambino in 1976. Dellacroce managed to keep Gotti restrained but after he died of cancer in early December 1985, Gotti quickly became a public figure.

By the mid 1980’s he would become the boss of the most powerful crime family in the US, the Gambino crime family. He would however do this under controversial circumstances after the hit he had planned on Paul Castellano in 1985 without the commissions vote of confidence.

He was branded with the nickname The Teflon Don when all attempts to convict him failed, when charges wouldn’t stick. Jury personnel were bribed or threatened, and all cases were eventually dismissed.

He was outspoken, flamboyant and loved the media spotlight which would in the end become his downfall when Sammy Gravano, his underboss, turned informant. It took this step to finally bring down the Dapper Don.

Gotti had the book thrown at him and in 1992 he was convicted of 5 murders, conspiracy to commit murder, racketeering, obstruction of justice, illegal gambling, extortion, tax evasion, and loansharking.

On April 2nd, 1992, after 14 hours of deliberation the jury found Gotti guilty on all charges of the indictment.

“The Teflon is gone. The don is covered with Velcro, and all the charges stuck.”

During his prison life he spent most of it locked up in solitary confinement and allowed out of his cell one hour each day. Still, that didn’t stop him from getting into trouble.

While in prison, he was badly beaten up by a black inmate by the name of Walter Johnson. Gotti offered a reported $40,000 to the Aryan Brotherhood to take out Johnson, to which they accepted.

Due to the fact Johnson had attacked Gotti, the prison staff knew that his life would be in danger at that prison so they decided to transfer him.

In the early part of 2000 Gotti was battling with throat cancer and his condition rapidly declined during 2002, and ultimately he came to the end of his life in June that year, at the age of 61.

John Gotti’s body was interred in a crypt next to his son Frank Gotti who died at the age of 12 some 22 years previous.

9 simple ways to save yourself from messing up your life