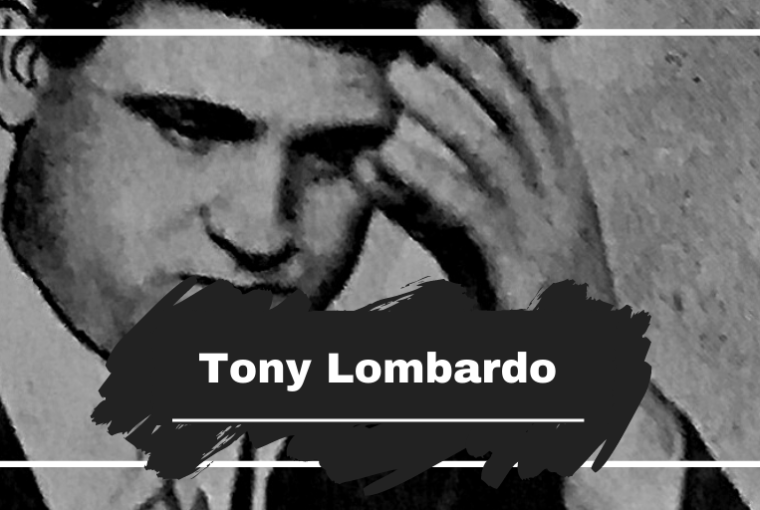 Lombardo was born in the town of Galati Mamertino in Sicily on November 23, 1891. In the early 20th century, Lombardo moved to the United States where he became a successful wholesale grocery business owner in Chicago.

After Johnny Torrio retired in 1925, Lombardo became Al Capone’s advisor and possibly his consigliere, resolving disputes within the family, it was possible he could have helped Capone in taking over Chicago’s Unione Siciliana. Reportedly many objected to the move but were too fearful of Capone’s wrath to oppose it.

In 1926, Lombardo was preparing the way for a direct takeover of the Unione by Capone. He opened the membership to non-Sicilian Italians, allowing the native Al Capone to become a member.

The organization changed its name locally to the Italo-American National Union, however membership rules of the old Unione did not exclude Non-Sicilian Italians, so they were advised to remove the false impression that only Sicilians were allowed in. The only membership prohibition was those that had committed felonies.

Brooklyn’s Frankie Yale, was at one time Capone’s strongest friends, however their friendship was now strained as Yale become irritated by the changes within the Unione which further added to an already declining friendship. Perhaps it was due to the fact that Yale was the national president of the Unione Siciliana. He never actually ran the social organization. Although, he could have been a presiding officer of the Sicilian underworld network that used Unione as a front.

In 1927, Capone’s meddling in the Unione and his aggressiveness in the Chicago rackets had forced the Aiello Brothers into an alliance with the North Side Gang against Capone. Joe Aiello was of course once a close friend to Lombardo running a cheese importing business with Lombardo after he immigrated to the United States and being made president to the company. Capone was said to have lent both men $100,000 to start the enterprise.

It was only after Capone made Lombardo head of the Unione Sicilian that enraged Joe Aiello and he went on to severe all personal and business ties with Lombardo and entered into a feud with him and Capone.

In January 1928, Yale reportedly demanded that Lombardo surrender the local Unione presidency to Joe Aiello. That did not happen. Instead, on the 1st of July, Yale was murdered in New York City. Of course Capone was suspected in the killing of Yale, and recent research has shown that Capone’s mob gunmen Fred ‘Killer’ Burke, Gus Winkler, George ‘Shotgun’ Ziegler and Louis ‘Little New York’ Campagna were the killers, however it would be Lombardo that would be targeted in retaliation of the Yale hit.

On September 7, 1928. Lombardo was gunned down on a busy Chicago street along with his bodyguards Joseph Ferrara and Joe Lolordo. Lombardo’s other bodyguard survived. It was claimed that an alliance of the Joe Aiello’s gang and the North Side Gang were responsible. It was also presumed that George ‘Bugs’ Moran and Aiello conspired together to eliminate Lombardo. 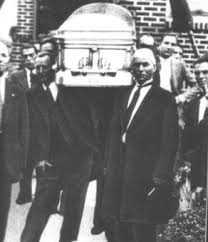 Moran’s relationship with Capone was at rock bottom at this point, making Moran and Aiello perfect allies.

Lombardo’s death was soon avenged with the murder of members of the Joe Aiello Gang and the famous St Valentine’s Day Massacre came thereafter in 1929 when 7 men were mowed down by tommy guns.

Lombardo is buried in Mount Carmel Cemetery in Hillside, Illinois.

The Marlborough Diamond Heist: On This Day in 1980