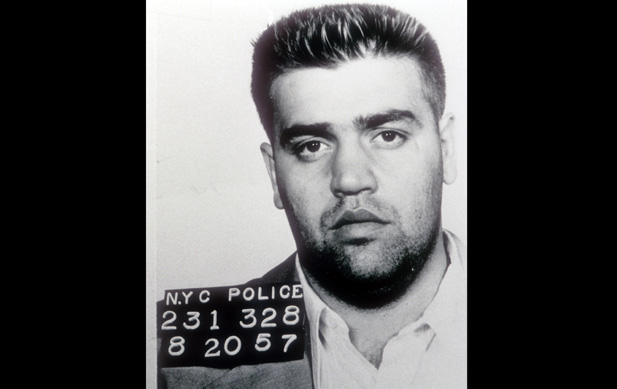 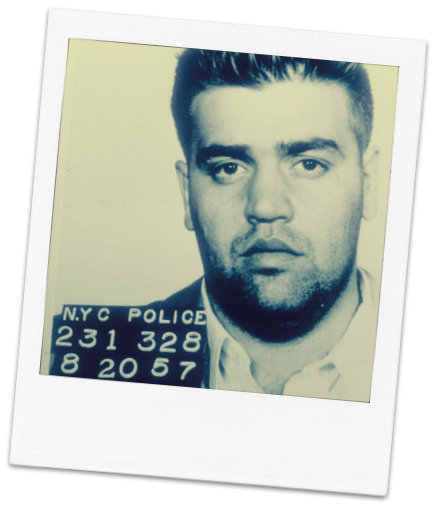 Also Knows As: Chin, The Oddfather

Cause of Death: Heart Disease

Vincent Gigante was a professional boxer in his early years, and almost didn’t make it as a Mafia mob boss after his failed hit on Frank Costello, which we will touch on more later. He was born in Manhattan, however his father and mother were both from Naples in Italy.

In later years when he was boss of the Genovese Crime Family his soldiers, capos and underboss would always touch their chin when talking about Gigante. This was to disguise his name in case of wiretaps or any hidden audio. However, many wonder how Gigante got his nickname as Chin, and it dated back to when he was a kid.

Due to his Mother being Italian, and unable to speak English she would call him by his Italian pronunciation of the name Vincenzo, which emphasized CHEN in the middle. A lot of kids in the area were called Vincent or Vincenzo, so his mother would call him in Chen so he knew that he was being referred to.

Eventually this nickname turned into Chin.

It’s fair to say during his late teens moving into his mid 20’s, Gigante wasn’t the most low-key mobster out there. He was arrested a total of 7 times but only spent around 60 days in jail which was for an illegal gambling charge.

During this time he was under the wing of his mentor Vito Genovese, who would use Gigante as an enforcer.

In 1957, in a power move, Vito Genovese gave Vincent Gigante the contract to take out current mob boss Frank Costello. On the evening of May 2nd, Gigante equipped with his .38 caliber gun waited for Costello to return to his 115 Central Park West apartment, located in The Majestic.

As Costello approached the lobby, Gigante called out to him saying,

“Hey Frank, this one’s for you”

Frank began to turn, and because of Gigante calling out, Costello’s life was saved. The bullet rang out of Gigante’s gun and only grazed the side of Costello’s head. Costello fell to the floor in a heap, and Gigante fled the scene thinking he had successfully eliminated Costello.

Frank Costello was a man of the code, he lived by Omerta, and this was probably the only thing that saved Gigante’s mob career. In court when asked who pulled the trigger, Costello replied with

Due to this, the case was dropped and Gigante went free.

On his way out of the courtroom he approached Costello, and then he was overheard to say “Thanks Frank”.

After a spell in prison during the late 1950’s (the same conviction that Genovese was indicted for) he came out and became one of the most powerful captains in the Mafia throughout the best part of the 1970’s. He was involved with labor racketeering, loansharking, extortion and bookmaking.

The big change in Gigante’s life came in 1981, when Philip Lombardo, who was the boss of the Genovese family after Vito Genovese was jailed in 1959, retired from his position. This made Gigante the crime boss for the family, and he made Tony Salerno the acting boss (to protect the real bosses identity from the FBI).

After Salerno was jailed for 100 years in the famous Mafia Commission Trial, Gigante made two more open positions in the family which would become known as “The Messenger” and “Street Boss”. These were created to further distance Gigante from being associated as the boss, even though everyone inside knew he was the boss.

Angered that John Gotti had assassinated Paul Castellano, the Gambino Crime Boss – without calling on the Commission, Gigante had plans to hit Gotti.

In 1986 a Gigante solider by the name of Herbert Pate planted a bomb under Gotti’s car after he had pulled up with Gene Gotti (John’s brother), and Frank DeCicco (underboss) to attend a meeting at a Veterans & Friends Social Club in Brooklyn.

The plan didn’t quite go to plan as only Frank returned to the car, the car went up like a volcano killing DeCicco. Sammy Gravano later testified in court about the bombing, saying:

“I saw Frankie DeCicco laying on the ground beside the car. With the fire, it could blow up again. I tried to pull him away. I grabbed a leg, but he ain’t coming with it. The leg is off. One of his arms is off. I got my hand under him and my hand went right through his body to his stomach. There’s no ass. His ass, his balls, everything, is blown completely off.[…] I was wearing a white shirt. I looked at my shirt, amazed. There wasn’t a drop of blood on it. The force of the blast, the concussion, blew most of the fluids out of Frankie’s body. He had no blood left in him, nothing, not an ounce.”

The Gotti brothers survived the hit.

To prevent going to jail Gigante feigned mental illness, there was much debate on if he was acting, half-acting or really mentally ill.

In 1997 he was brought to trial after initially being arrested back in 1990, and Sammy Gravano in his 1991 trial had said that he had met Gigante several times and each time he was perfectly sane and clear thinking. Other notable figures including Al D’Arco and Phil Leonetti backed this up.

He got the name Oddfather because he used to walk the streets in his bath rob and slippers, he would urinate in public, and he was always seen out and about with “guardians” who held him by the arm. However, by this time he was also known as Boss of All Bosses after Gotti was imprisoned (even though this position was abolished after Lucky Luciano has restructured the Mafia tree).

On April 7, 2003; Gigante pleaded guilty to obstructing justice. He not only admitted to intentionally delaying his previous racketeering trial, but also admitted to misleading numerous psychiatrists over the previous three decades about his mental state.

Some say he died of natural causes; others from a heart disease, and other as simply ‘unknown’. The truth is that Gigante was suffering from serious breathing problems, and would faint on a number of occasions while he was in prison. After being transferred back and forth from Medical Center to an Acute Care Hospital he succumbed to his condition 6 days before Christmas on December 19th 2005. It was an end to another era of La Cosa Nostra.