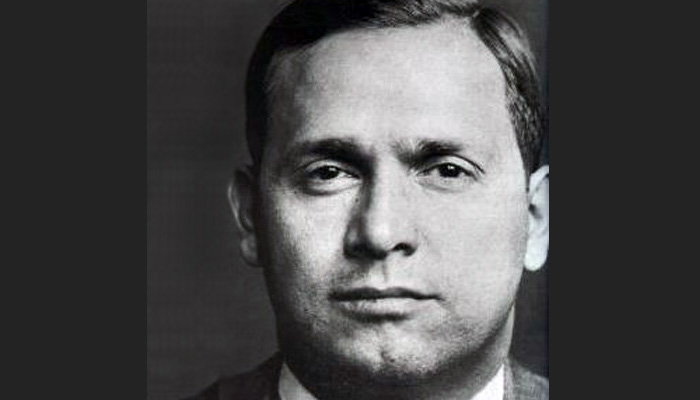 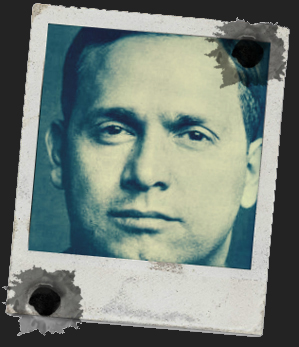 Cause of Death: Brain Tumor

Tommy Lucchese was born on December 1st 1899, in Sicily. Like many of his fellow Italian mobsters of the time, he and his parents, Giuseppe and Maria, moved to Manhattan in the early part of the 1900’s looking for work. Lucchese, for the first 4 years of his life in the United States worked as a machine operator until he was 16, it was at this point where he would suffer from an accident that would amputate his right thumb and his forefinger, earning him his future nickname.

Starting Out in Crime

Out of work, Lucchese decided to befriend the likes of Charlie Luciano and Gaetano Reina who were both into small time crimes such as pick-pocketing and burglary. He ran with a gang for a few years before he saw potential in starting his own business at the age of 18, his business was window washing, and anyone refusing to take up his services would have their windows broken.

Lucchese was arrested in 1920 on auto theft charges, and it during his time at the police station that an office noticed his hand, and the results of his injury, which he sustained as a machine operator a few years before. The police officer compared Lucchese’s hand with Mordecai Brown who at the time was a popular Major League Baseball pitcher.

This is where the nickname of Tommy “Three Finger Brown” Lucchese came from, an alias that Lucchese hated to be called.

After years of small-time crimes Lucchese started to become a prominent force in the 1920’s and partnered with his old friend Charlie Luciano who has joined forces with Frank Costello, Meyer Lansky and Arnold Rothstein who had entered into the bootlegging business which was brought about by Prohibition.

The Castellammarese War was a violent time of the late 1920’s and early 1930’s, and was a power struggle between two rival gangs which were headed up by Joe The Boss Masseria and Salvatore Maranzano.

It was during this time that Tommy Lucchese and his friend Gaetano “Tommy” Gagliano were both joint leaders of the Reina Crime Family which was under the wing of Joe The Boss. However, Gaetano Reina changed his allegiance secretly to the other crime boss, Maranzano, due to financial issues around the large shares that Masseria was after.

Tommy Gagliano found out about this and alerted Joe The Boss in hope that by doing this, Joe would promote Gagliano to sole crime boss of the family. This didn’t come to fruition though as Joseph Pinzolo was given the crime boss role and under Joe The Boss’s orders, Vito Genovese shot Reina and killed him for his betrayal.

Not happy with being overlooked Gagliano and Lucchese decided to form their own “on the side” gang which consisted of a few more mobsters, notably the likes of Joe Valachi, Stefano Rondelli and Dominick Petrilli. During the year of 1930 the gang planned a hit on the new Reina boss, Pinzolo (who they all had a similar hatred against).

The hit had to be carried out carefully as a botch job could see Joe The Boss uncovering the truth and turning on the secret gang. Luckily though the hit went well and Pinzolo was shot and killed in an office that was being leased at the time by Lucchese.

When word got back to Joe The Boss, he simply thought that the hit had come from Maranzano, so Gagliano eventually got what he wanted as Joe The Boss promoted him to crime boss of the Reina family.

By late 1931 Joe The Boss had been assassinated by a group lead by Luciano, and for a period after his death Maranzano became Boss of all Bosses and put some structure into the Mafia by creating the Five Families in which the Reina family became a part of. Lucchese was the underboss with the newly appointed Gagliano as the boss.

Due to Maranzano’s suspicion of Charlie Luciano and the power he seemed to be getting, he decided to order a hit on Luciano, but Luciano got word of this first due to his loyal following.

Lucchese had a pivotal role to play in the assassination of Maranzano as it was he that went to see Maranzano at his Manhattan office disguising the meeting as something innocent and hiding the real reason.

The real reason was to point out Maranzano to the hit men who were dressed as police agents at the time who gained easy access to the Boss of all Bosses, killing him in his office.

On January 25, 1943, Tommy Lucchese became a naturalized United States citizen, and following the death of crime boss Gagliano in 1951, Lucchese would finally get his chance to lead the family after 22 years of being an underboss.

To start off his crime boss career he quickly joined forces with Vito Genovese and Carlo Gambino, and soon became a well respected boss of his time.

Unlike a lot of bosses, Lucchese kept a low profile but at the same time kept the money rolling in for his family, avoiding jail and any form of criminal prosecution.

Teaming Up With Gambino and Genovese

During the early part of the 1950’s Lucchese, Gambino and Genovese teamed up to gain control of the commission. Genovese ordered a hit on his current crime boss, Frank Costello, but this was botched by Vincent Gigante, but soon resulted in Costello retiring and handing the family control to Genovese.

A few years later Albert Anastasia was assassinated in a barber shop which then lead to Gambino taking the hot seat.

However, Genovese soon made his own fate when a meeting in Apalachin went horribly wrong. The New York police had noticed that these expensive cars were all driving through a rural part of the country to the same house and decided to enforce a raid. Many top bosses were arrested and the event became a public embarrassment for Genovese who had organized the meeting. Luckily Lucchese was late for the meeting so avoided being arrested but it soon lead to a new alliance of Luciano, Costello, Lansky, Gambino and Lucchese who would all plot for Genovese’s downfall later on.

The downfall came when Luciano helped get Genovese jailed for narcotic trafficking to which he would spend the rest of his life in prison.

The Lucchese/Gambino friendship extended further when one of Gambino’s son’s married the daughter of Tommy Lucchese. Carlo gave Tommy a $30,000 gift and in return, Lucchese would let Gambino join partnership with him in an airport racket.

Gambino now controlled the airport, the Commission, and most organized crime in New York City.

Tommy Lucchese died of a brain tumor in 1967 at his home in the Lido Beach area of Long Island.

Over 1,000 mourners came to pay their respects, which included politicians, judges, and even police officers.

How Did Paul Castellano Get Killed? – Gambino Crime Boss