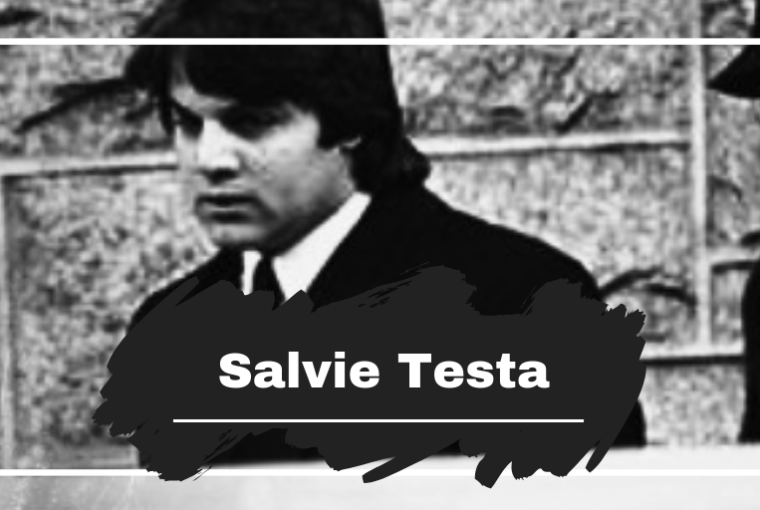 Salvatore Testa, The Crowned Prince of the Philadelphia Mob, was the son of Philadelphia Mob Boss Phil Testa who was killed by a nail bomb planted under his porch in 1981. Salvie, as he was called was a Rising Star in the Scarfo crew during the early 1980’s, so much so that 6 months before his death he was featured on the front page of The Wall Street Journal.

This specific move would cause tensions between him and Nicodemo Scarfo, as Scarfo started to grow concerns on how powerful Testa was becoming in the family. Add this to the fact that he broke off an engagement to Maria Merlino, the daughter of Salvatore Merlino, sister of Joey Merlino and the recipe was starting to brew.

Nicholas Carramandi said, “Salvie was very cautious. He just felt bad vibes. Every time you shook his hand, he’d bring you in close with his right hand and just pat you down with his left hand from behind to see if you were carrying a gun… He was the type of guy who, if he knew for sure, would have sought retribution from Salvatore Merlino or Nicodermo Scarfo and try to kill them. This kid would have gone down in a blaze of glory. But he wasn’t sure. He was aware. He was alert. But he wasn’t sure.”

On September 14, 1984, Scarfo used Salvie’s best friend, Joe Pungitore, to lure him into an ambush in the back room of the ‘Something Sweet’ candy store in South Philadelphia (which I believe is now Sweet Memories Chocolates?).

What made the hit hard was the fact that Testa was a professional hitman himself, he was good, he was skilled and he knew all the tricks in the book. He was also very cautious and would always make sure that he controlled situations by checking for guns when hugging mobsters.

Pungitore was Testa’s closest friend and would only go along with the job if he did not have to pull the trigger, so another mobster who was more than happy to do the job was brought in. This was to be Salvatore ‘Wayne’ Grande.

Upon entering the back of the candy store Salvie greeted Wayne who was sitting on a couch. Salvie then turned to talk with Joey Pung; Wayne took out a gun from under the cushions on the couch and shot Testa in the back of his head, Wayne stood up to shoot Testa once more.

Salvie’s hogtied remains were found at the side of a dirt road in Gloucester Township, New Jersey.

The aftermath of this hit would start the downfall of the Scarfo crime family regime over Philadelphia.

3 Famous Mobsters Who Won In Court