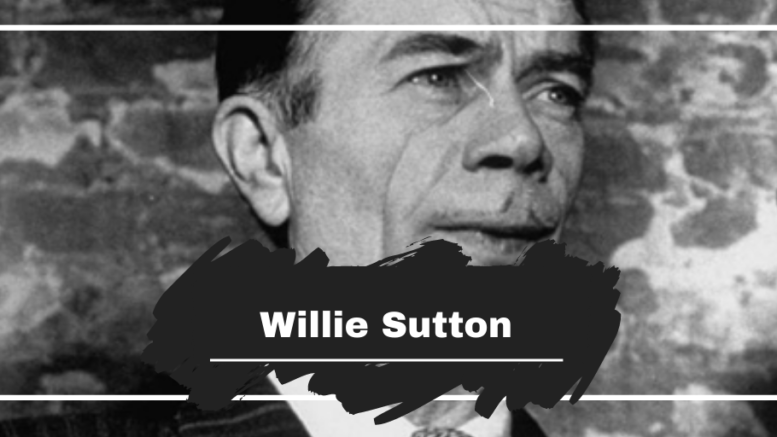 On this day in 1980 the notorious American bank robber Willie Sutton died. Sutton was a bright-eyed, 5ft 7-inch gentleman who was always chain-smoking, and always talking. He had a wise head on his shoulders and was considered the best bank robber that has ever lived. He would carry a pistol or a Tommy Gun on him at all times stating that…

“You can’t rob a bank on charm and personality”

Willie Sutton rose to prominence during Prohibition era America and spent 40 years in the game, earning nearly $2 million. A fellow mobster of the era claimed that Sutton made Jesse James and John Dillinger look like amateurs.

Many will foremost link Sutton to the Arnold Schuster incident in which the 24 year old clothing salesman tipped the police which led to the arrest of Sutton in 1952. Under Albert Anastasia’s orders Schuster was shot twice in the groin and once in each eye after attending a television interview, on a street just outside his home.

Sutton died at the age of 79 in 1980 after suffering from ill health and emphysema.