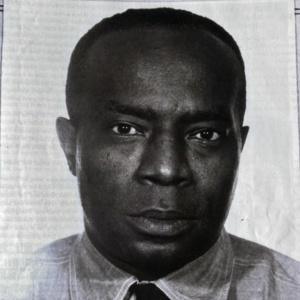 On this day in 1905 the Harlem Godfather and Genovese Crime Family associate, Bumpy Johnson was born.

Bumpy, whose real name was Ellsworth Johnson, was a feared mob boss who operated in the Harlem area, and he got his nickname Bumpy from a bump he had sustained on the back of his head earlier on in his life.

Why Was He So Powerful?

Bumpy, in the early Prohibition days was an associate of Madame Stephanie St. Clair who was a female mob boss from Harlem, who resisted becoming under Mafia control. At the time she wasn’t paying protection money to Dutch Schultz despite the violence and intimidation he put on her. Bumpy at the time acted as her chief enforcer.

After the death of Dutch Schultz in 1935, Lucky Luciano took over all of Dutch Schultz numbers operations in the Harlem area, but Lucky struck a deal with Bumpy that would make him a hero in the eyes of many Harlem residents. The deal was to allow the bankers who had fought for their independence, to remain independent as long as their taxes were paid.

The Legend of Bumpy

He was a black man who could actually make deals with the Italian Mafia, something that was unheard of until 1935. By the 1940’s Bumpy Johnson was the King of Harlem, and kept a strong hold up until the time of his death.

Such an icon was Bumpy that decades after his death he was featured in many TV programs and films, from Unsolved Mysteries, right through to blockbuster films such as American Gangster and Hoodlum.

On This Day in 1905 Frank Bompensiero was Born