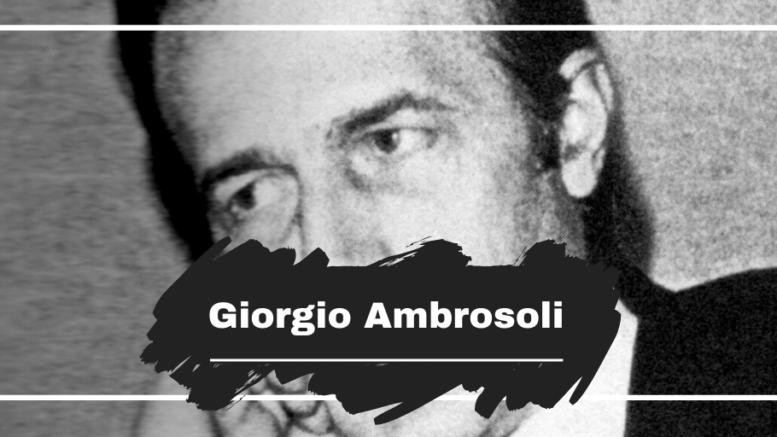 On this day‬ in 1979 the Italian lawyer, Giorgio Ambrosoli was gunned down by three Mafia hitmen while he was investigating Michele Sindona (a banker known as ‘The Shark’). Worried that Ambrosoli would expose everything to the Police, Sindona commissioned the hit.

Hours prior to Ambrosoli’s death, he was also talking to the Police Chief, Boris Giuliano, about documents he had discovered which connected Sindona to the Mafia. 10 days later the Mafia gunned down the Police Chief.

Sindona was eventually sent to prison in 1984, two years later he was poisoned with cyanide while drinking coffee in his cell.

Ambrosoli was 45 at the time of his death.