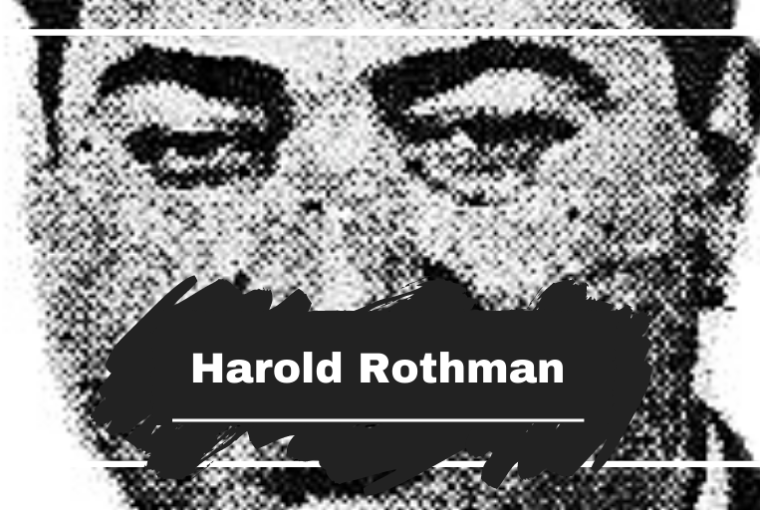 On this day in 1948 the enforcement arm to Mickey Cohen during the Battle of Sunset Strip was killed. Known to many as Harry or Hooky, Harold Rothman was one of Cohen’s trusted bodyguards.

The war started when the hit on Bugsy Siegel occurred in 1947, which promoted Jack Dragna to make a power move in order to take over Siegels rackets. Cohen and his mobsters decided that wasn’t going to happen.

In one instance, just a year after the death of Siegel, Cohen, Rothman and another bodyguard had met with Jimmy Fratianno in a setup where the plan was to take out Cohen. Luckily for Cohen and his fetish of germs and bacteria, he went to the bathroom after the final shaking of hands with Fratianno. Fratianno signalled the gunmen to rush the building on his way out but hadn’t realized Cohen had gone to the bathroom…

…Hitman Frank Bompensiero came in carrying a shotgun and stuck it in Rothmans face telling him to back up into the building while another two hitman ran in behind him. Aware of what was going on, Cohen’s enforcer Rothman swung at the shotgun but it ended up firing, and blew the mobsters face clean off, instant death.

On This Day in 1981 Dominick Napolitano was Killed Aged 51