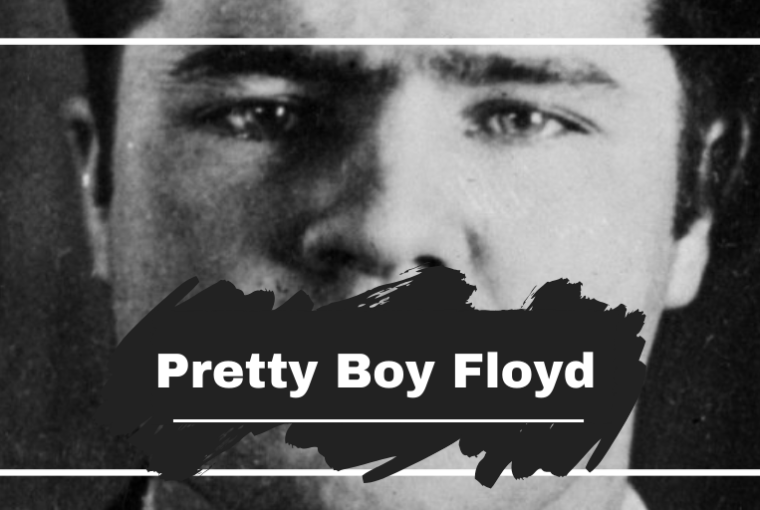 On this day in 1934 Charles Floyd who was more popularly known as Pretty Boy Floyd was shot and killed while being pursued by FBI Agents in Ohio.

After the death of John Dillinger on July 23 1934 Floyd became Public Enemy Number 1. He was mainly a bank robber who benefited from criminal exploits during the early 1930’s, but was a key figure in the Kansas City Massacre of 1933.

The Kansas City Massacre of 1933

Together with Adam Richetti (who was also a bank robber, who died in 1938 at the age of 29) they killed at least four law officials in a gunfight which was known as the Kansas City Massacre. The massacre resulted in an attempt to break out another bank robber by the name of Frank Nash. This was ultimately the downfall of Floyd as J. Edgar Hoover used this event to further enforce the FBI to take down Floyd at any cost. However, we aren’t 100% sure that Floyd was even involved in the massacre, he denied being involved and historians can’t be sure either.

The Confusion Around His Death

No one will know for sure the events that happened during the day of his death. The story goes like this…

After Pretty Boy Floyd had finished eating lunch at a pool hall he hitched a ride, but was spotted by law officials in an East Liverpool neighbourhood in Ohio (near Clarkson). At this point Floyd jumped from the vehicle and headed towards a treeline, but before escaping he was struck in the arm by a bullet which knocked him to the ground.

According to Local Law Officials

According to local law officials Floyd managed to get back to his feet after being hit by the bullet in his right arm, but he was still far from safety and a whole team of officials opened fire killing him instantly.

According to The FBI

However the FBI gave a different version of events. They claimed that they were searching the area in two separate cars and saw Floyd get out of a car with a .45 caliber pistol drawn. The FBI then opened fire on Floyd and claimed that his last words were:

An FBI Cover Up on Floyds Death

Chester Smith the local officer who was the man who shot Floyd in the arm later stated in an interview that he shot Floyd twice with the intention to wound him but not kill him. The bullets entered into his right arm and took him down to the ground. Smith said that he used a .32 Winchester rifle if you were wondering.

However, Smith said that Floyd didn’t get up and run at that point he remained on the ground for Smith to go over and then disarm him. An FBI agent called Melvin Purvis then walked up to Pretty Boy Floyd and ordered Smith to…

“Back away from that man. I want to talk to him.”

The two exchanged words for a brief period of time, mostly Floyd responding to Purvis with curses. Smith then exclaimed that Purvis lost his patience with Floyd and ordered one of his agents to shoot him. The agent shot Floyd at point blank range with a sub-machine gun, instantly killing him.

Smith was asked in 1979 if the killing of Pretty Boy Floyd was a cover up by the FBI, he stated:

“Sure was, because they didn’t want it to get out that he’d been killed that way.”

Pretty Boy Floyd was 30 years of age at the time of his death and up to 40,000 people were said to have been at his funeral. His body was on public display for some time.