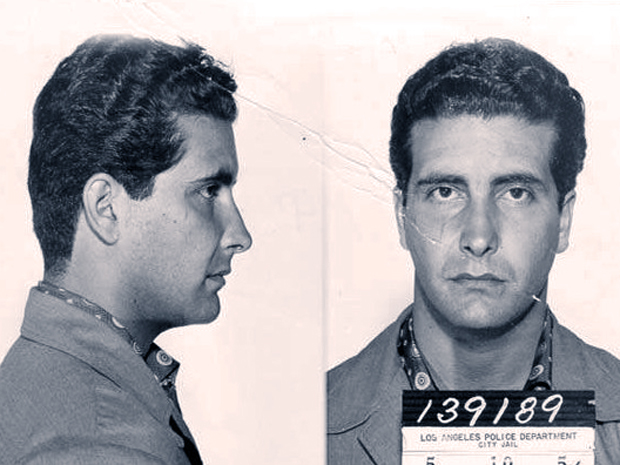 On this day in 1925 the enforcer and bodyguard to Mickey Cohen was born in Illinois. Johnny first started off his life as a US Marine, leaving the service in 1946 after being discharged. Upon moving to Los Angeles he owned a gift shop, and was eventually introduced to Mickey Cohen through some connections in the mob that he had built up.

Perhaps the main reason we know of Johnny Stompanato today is because of the controversy that surrounded his death at the age of 32.

At the time of his death he was dating the actress Lana Turner, but the relationship was very much on-and-off, with arguments and fights always common. Jealousy got the better of Stompanato, in particular the relationship she had with Sean Connery. So much so, he actually travelled to the UK and burst onto the set of a film Connery was making and threatened him at point blank range with a gun.

Connery, who stood over 6 feet tall, bent the former US Marine’s hand back leading him to drop the gun on the floor. He was then deported back to the US.

A year later in 1958 Stompanato met his end at the hands of Lana Turner’s daughter Cheryl Crane who stabbed him fatally. She claimed that Stompanto was violently attacking her mother at the time. 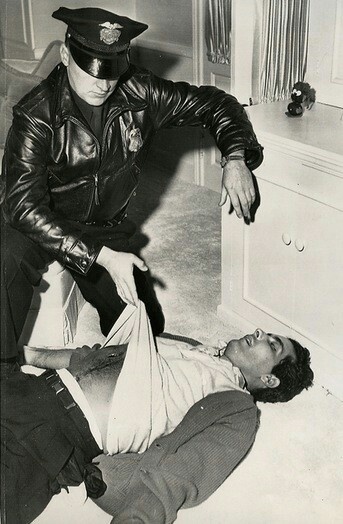 B-picture good looks… thick set … powerfully built and soft spoken … and talked in short sentences to cover a poor grasp of grammar and spoke in a deep baritone voice. With friends, he seldom smiled or laughed out loud, but seemed always coiled, holding himself in … had watchful hooded eyes that took in more than he wanted anyone to notice …. His wardrobe on a daily basis consisted of roomy, draped slacks, a silver buckled skinny leather belt and lizard shoes.

Through Their Eyes Thursday: Carlo Rizzi

Through Their Eyes Thursday: Lorenzo Anello