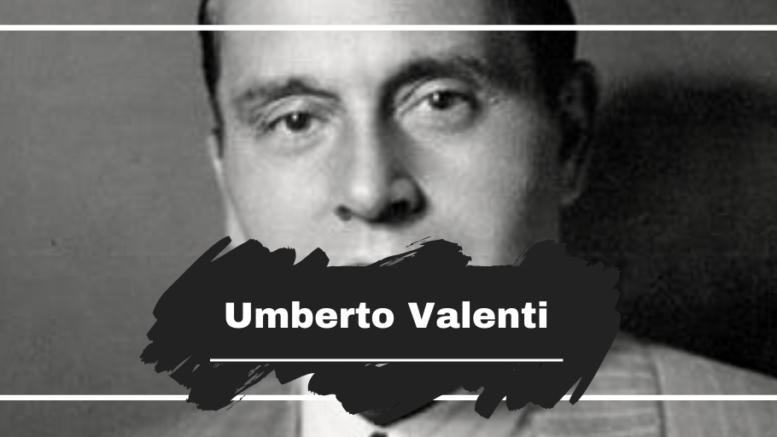 On this day in 1922 the New York mobster by the name of Umberto Valenti who was part of the D’Aquila Crime Family in the 1910’s was gunned down on the corner of Second Avenue and E. 12th Street.

The hit on Valenti was provoked due to the Valenti vs Masseria war in the early 1920’s. 48 hours before Valenti’s death he and his man drew fire on Joe Masseria as he was leaving his apartment at 80 2nd Avenue, Masseria managed to dive into a nearby store at 82 2nd Avenue as the gunmen chased after him.

Luckily for Masseria the gunmen ran out of bullets from shooting up the shop and the windows and left the scene.

Perhaps even more lucky for Masseria was that he survived the hit despite two bullet holes in his straw hat and ringing in his ears due to the point-blank shooting. This is where Joe Masseria was given the title of the “The Man Who Can Dodge Bullets” … although less than 10 years later that title didn’t ring true.

After this attack on Masseria, he plotted to get back at Valenti, and on the afternoon of August 11, 1922 Valenti was meant to be attending a meeting at a cafe, but the meeting was an ambush, as he ran outside bullets hailed down on him (wounding an 8-year-old girl in the process). The killer behind the trigger was said to have been 24 year-old Lucky Luciano who at the time was part of Masseria’s family.