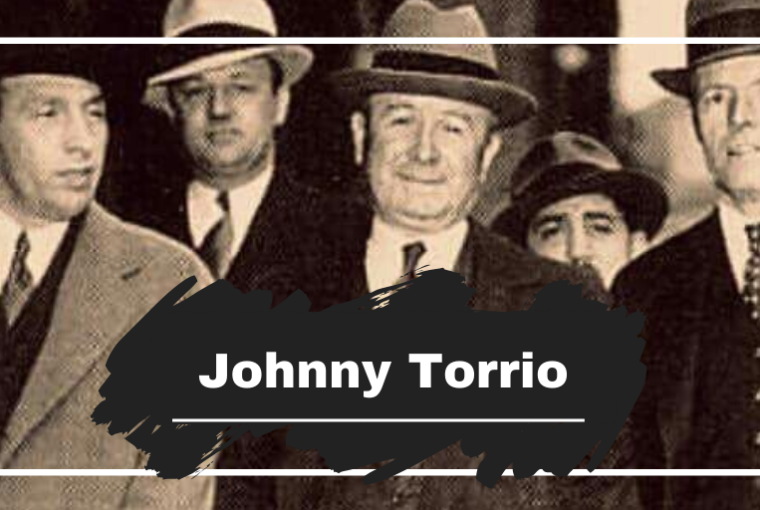 Papa Johnny helped build what is today known as the Chicago Outfit, and was Al Capone’s mentor. He helped with the creation of the National Crime Syndicate and escaped numerous assassination attempts from the North Side Gang. ‪

Despite not being one of the more popular mobsters mentioned today, Johnny was classed as the smartest by the U.S Treasury and Chicago Crime Commission. They stated that Johnny Torrio:

“was the biggest gangster in America, he was the smartest and, I dare say, the best of all the hoodlums. ‘Best’ referring to talent, not morals”
“talents as an organizational genius were widely respected by the major gang bosses in the New York City area”

136 years ago Torrio was borrn in Naples, however there is still widespread speculation on whether it was this area of Southern Italy. Some say it could have been one of four places which also included the likes of Amalfi (Campania), Orsara di Puglia (Apulia) and Irsina (Basilicata). He didn’t stay there long though and by the age of two he was New York bound.

The Influence of Paolo Vaccarelli: The Five Points Gang Founder

Just like Arnold Rothstein would teach Lucky Luciano the ropes in how to conduct business properly, Johnny Torrio also had a mentor in Paolo Vaccarelli who was the leader of the Five Points Gang. Vaccarelli who was also known as Paul Kelly taught Torrio how to dress sharply and act more like a businessman. Vaccarelli also influenced other prominent mobsters of the day such as Al Capone, Lucky Luciano, Meyer Lansky, Frankie Yale and Bugsy Siegel.

Perhaps Torrio also looked towards Vaccarelli as a father figure in his life at that time, due to the passing of his father when Torrio was only two years old.

Vaccarelli would himself die of natural causes at the age of 60, in 1936.

Torrio surprisingly also had a child, however the child went by the name George Miller under his medical records as opposed to George Torrio. The mother, Jean Forrenzo was someone who Torrio met when he moved to Chicago upon invitation from Big Jim Colosimo to help him in his operations. No records show how much involvement he had with George or what kind of life he led.

It was in early 1920 when Prohibition just took affect across the US that Torrio would make a move on Colosimo in order to maximise profits by heading into the bootlegging of alcohol. Big Jim decided against going into the rackets for fear of police attention and rival gangsd. If the gang were going to progress any further Torrio knew that Colosimo needed to be taken out of the gamer.

With the nod from the Genna brothers and Joe Aiello who were allies to Big Jim, his fate was sealed.

Frankie Yale was said to be the hitman, and Big Jim was shot in the back of the head in his restaurant. You can read more about the death of Big Jim here.

With Big Jim gone Torrio took the helm and over the course of the next 5 years he would lead the Chicago Outfit into new rackets and operations that would bring in millions. The Outfit had now took control of Chicago’s downtown area. However, one threat persisted and that came from the North Side Gang which at the time was led by Dean O’Banion who wanted to move into Outfit territory.

All-out war could have started years ago between these two rivals but it was only Torrio who prevented it from happening as the Genna brothers were prepared to take out O’Banion sooner. However, when O’Banion cheated Torrio out of $500,000 when he was setup to be arrested by the police in a brewery acquisition, O’Banion just gave himself a death wish. In November 1924 O’Banion was gunned down by hitmen in his flower shop. Once again Yale was in on the act. You can read more about the death of Dean O’Banion here.

Assassination Attempt on Johnny Torrio and Handover of The Outfit

The following year the North Side Gang vowed revenge on the death of their leader and in retaliation, Hymie Weiss, Vincent Drucci and Bugs Moran ambushed Torrio outside his apartment at 7011-13 South Clyde Avenue.

Torrio was lucky, very lucky in fact because Hymie Weiss came close to delivering a close up shot to the back of Torrio’s head but he had ran out of bullets.

It started when gunfire ensued, with Weiss and Moran aiming straight at Torrio’s car, shattering its glass. Torrio was struck in the jaw, lungs, groin, legs, and abdomen. Then they began kicking Torrio on the ground and hitting him with a billy club. Drucci was the lookout who then signalled to the other two to leave. Hymie Weiss would eventually be taken out the following year by Capone gunmen. You can read more about the death of Hymie Weiss here.

Torrio at the time would have been 43 years old and after emergency surgery his recovery was slow. Despite losing his life in this gang war Torrio would not break the code of Omerta and tell the law who attacked him. He also had bodyguards around his bed during his recovery (much like Don Corleone in the Godfather).

With his close call with death, he realized that it was time to hand over the Outift to Capone, who would begin a new era of organized crime. 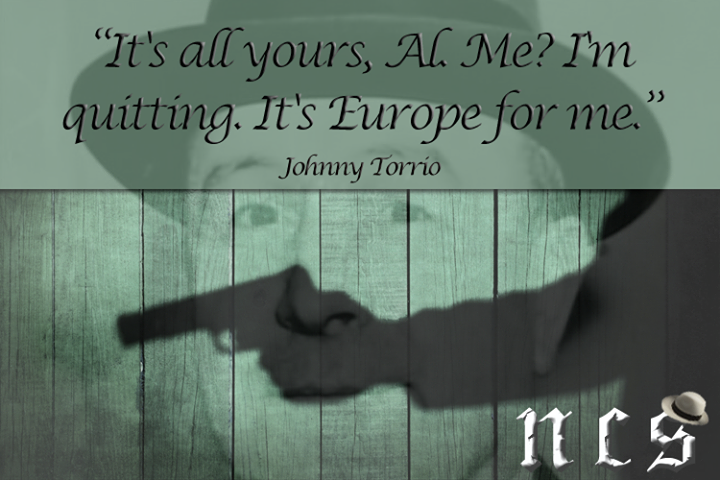