Over the next month we are going to be covering some of the depression era bank robbers, the Bonnie & Clyde’s, Baby Face Nelson’s, Pretty Boy Floyd’s and Harry Peirpont’s. You can read our article ‘The Three Musketeers‘ to read more about Dillinger, Floyd and Nelson.

Our first article comes from a prison escape, and one of the masterminds of his era, John Dillinger. Dillinger was the leader of The Terror Gang and was said to have robbed 24 banks and 4 police stations. He was known to have a charming personality, a Robin Hood of this day.

In January 1934 in Tucson, Arizona John Dillinger was arrested after locals recognized a few of his heavily wanted accomplices. The arrest was made after the Dilliner Gang which consisted of John Dillinger, Harry Pierpont, Charles Makley, and John Hamilton held up the First National Bank in East Chicago, Indiana. 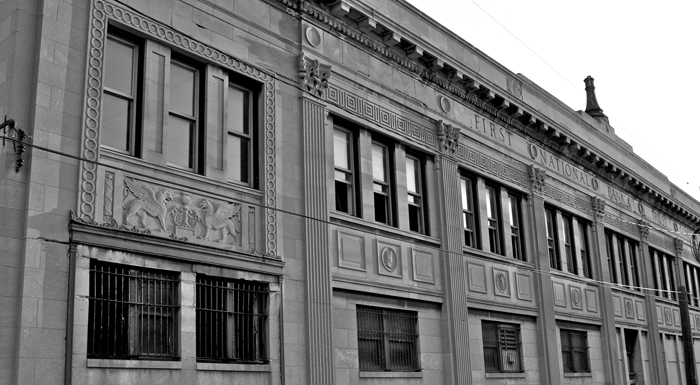 As Dillinger exited the bank, police officer, William O’Malley, fired at at him but hit his bulletproof vest. Dillinger swung around and fired off a shot at O’Malley mortally wounding him. Several other officers returned fire but Dillinger managed to get into the getaway car. Hamilton was hit, but it wasn’t serious.

The group were eventually caught in Tucson and arrested. Due to Dillingers increased public image, he was quickly extradited to Indiana to await trial.

On March 3rd Dillinger forced his way out of the main cellblock using a wooden pistol which had been made from a block of wood, a razor handle and painted with black shoe polish (picture below). 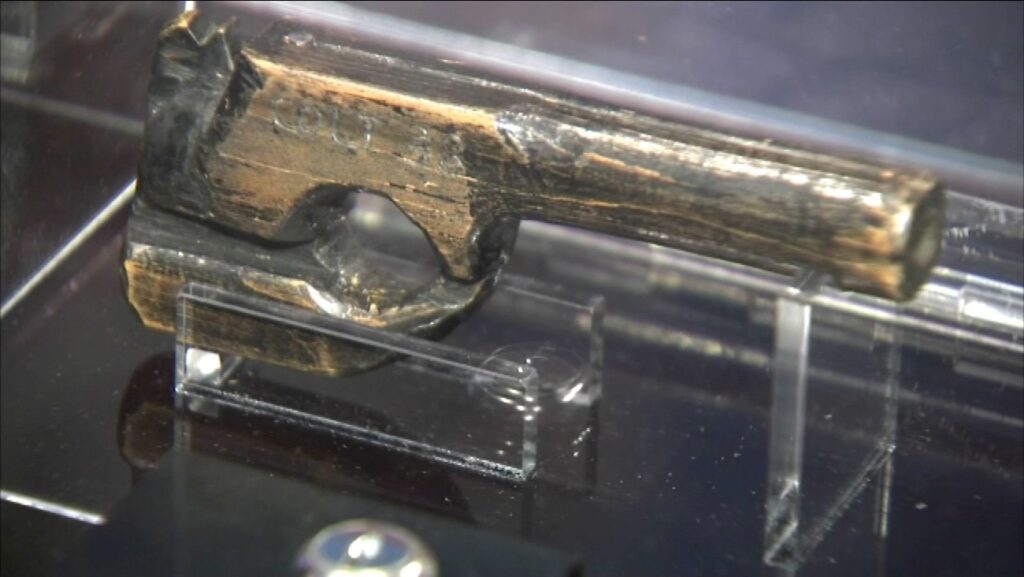 Dillinger used the wooden pistol to round up several guards before finally getting a Tommy gun. He then proceeded to make his way outside to the prison garage where he broke into the Sheriffs car and head to Chicago.

Within the same week as he broke out of prison using a wooden gun, Dillinger has teamed up with the fiery tempered Baby Face Nelson and others to take on their next bank challenge in South Dakota.