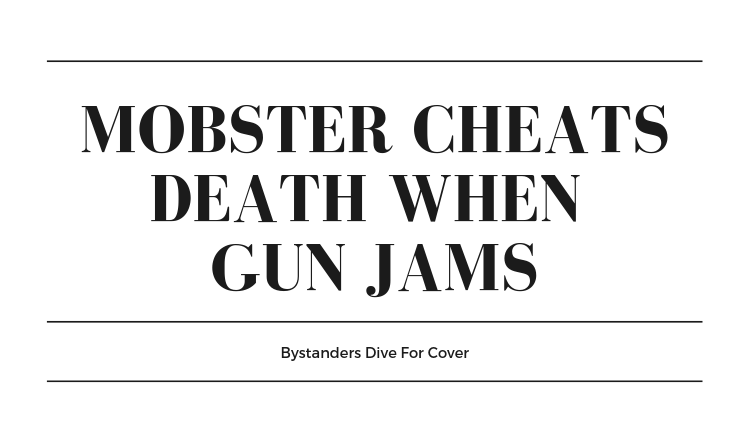 Salvatore Nurcaro was walking down a busy street in Naples when a hitman, jumps off his motorbike and walks up to Nurcaro, putting a gun up to his head and pulling the trigger…

CCTV captures the moment where the hitman’s gun jams, as Nurcaro freezes then realizes what is going on as he runs off down the street. The hitman following closely behind.

Bystanders are seen to dive for cover in the busy street as the hitman managed to eventually get the gun to fire. 6 shots range out as he chased Nurcaro, two hitting innocent bystanders including a 3 year old girl (who the hitman jumped over to continue his foot chase) who is now in a life-threatening state in hospital. Luckily for Nurcaro, his injuries were not life threatening.

Surgeon Giovanni Gaglione said: “The bullet passed through Noemi’s lungs before lodging in her ribs.”

Watch the video below: