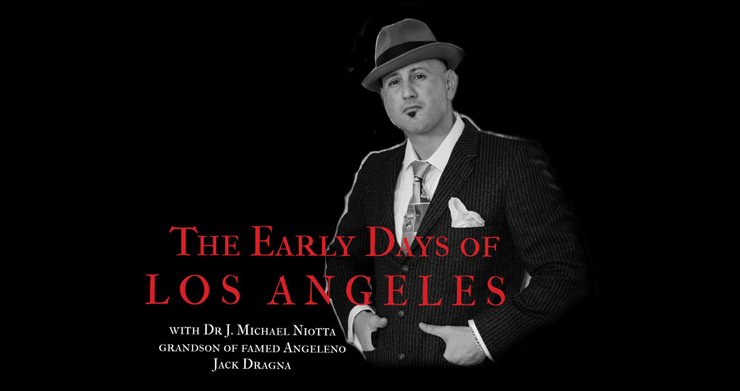 The initial wave of gambling boats that hit the West during the roaring twenties, kicked off in the summer of 1927. Although Tony Cornero—the good looking racketeer with a reputation for being a straight shooter among thieves—is often crowned King of these floating casinos, he was actually nowhere to be found when the trade first got rolling. A short while after his 1926 bootlegging arrest, Cornero managed to escape custody. A wanted man, he fled the country for more than two years. By the time Cornero grew tired of life on the run and turned himself in, the third gambling ship on the scene was already open for business. And after his prison release, Cornero would try his hand at Nevada gaming before ever having a stake in a SoCal gambling ship. In 1935, Cornero partnered with Clarence Blazier in the Tango, but the pair split on bad terms and Tony walked away. In 38’ he engaged in his first of several solo enterprises—the S.S. Rex.

Smooth talking and upright, Cornero knew how to handle a crowd and always managed a smile out of the press. In the mid-twenties though, things weren’t so friendly. Cornero’s gang, which included his half-brothers, Louis and Frank Stralla, battled in LA’s bootleg wars. On numerous occasions, they found themselves pitted against the Page brothers. Milton “Farmer” Page headed up the rival faction with his brothers Stanley and Ross. The two crews stayed busy with gunplay and hijacking, with each of them trading losses. But it was at sea that Tony Cornero found the most success, and it would be the sea that he later returned to. The niche he carved in the water involved smuggling cases of liquor in from Canada and Mexico. When probed by newsmen about his role in the illicit liquor business, he jokingly remarked that the reason he dealt in the genuine article rather than bootleg hooch, was that he was on a mission to keep millions of Americans “from being poisoned to death.” Cornero’s innovative and friendly approach to promoting both himself and his gambling endeavors in the latter part of the thirties and on, made him a well-liked figure. Shortly after World War II, Time Magazine even released a sympathetic story about Cornero being California’s “Misunderstood Man.” It’s safe to assume that smooth Cornero taught a thing or two to at least one of his former bootlegging employees, Handsome Johnny Roselli.

Despite the hype, a much lesser known Los Angeles gambling figure can be considered the spark that ignited the offshore industry. The efforts of Luther B. Scherer—known by many simply as “Tutor”—preceded the antics of Tony Cornero. Tutor Scherer is believed to be the original outlaw that defied the law and introduced gambling ships to the Los Angeles and Orange County coastlines. Though not-so-pretty and not-so-known, his “Barge C-1” may just have been the very first vessel to ply its wares in the Southland’s waters.

Tony Cornero is also widely known for charismatically going to bat with juries and legislators, adamantly conveying that his business sat well within the guidelines of the law. But Cornero’s struggles mirrored an earlier battle. Although Tutor’s barge (which remained nameless to the papers) dropped anchor “eight miles out from Venice Beach,” the fact that it sat outside the state’s legal reach, failed to grant him immunity. The words he hollered in late July of ’27, would be echoed by Cornero and by just about every other water gambler to ever give it a try. According to newsmen, Tutor “declared” his craft, “which nightly was a blaze of electric lights and a center of excited gaming,” was not “within the jurisdiction of the California courts.”

When lawmen boarded Barge C-1 to shut him down, Tutor promptly “took legal steps to prevent official interference with his business.” Addressing the press, he defiantly boasted he intended to “protect his investment in gambling equipment and prevent the sheriff and district attorney from spoiling” his take. More than simple talk, Tutor did just that; filing an injunction, he fought the “good” fight. Despite efforts, Barge C-1 never again saw action.

Far from through with offshore gambling though, Tutor Scherer gave it another go immediately after, holding a stake in the next vessel to thrill LA bettors. On the next venture, he partnered with several other businessmen, whom—like himself—operated on and around Los Angeles’ famed Spring Street. This loosely aligned crew of non-Italians dabbled in real estate, politics, and vice. And they had been dominating the SoCal rackets ever since they placed George Cryer in the mayor’s office. It would be a few more years before the Sicilians matched this play and installed a mayor of their own. And it would be roughly another decade before Spring Street operators completely withdrew their interests from LA vice.

Well stocked with gaming equipment, Tutor’s new ship, the Johanna Smith, carried 38 slot machines and 13 gaming tables. And to get the patrons where they needed to be, the owners even offered a ferry service to usher folks in from the docks. This new go was certainly a step up from Barge C-1. The Johanna Smith welcomed offshore bettors in the summer of 1928. Though dolled-up and enticing, she proved to be just as unlucky as her predecessor; the craft lasted all of one season.

In September of ’28, papers bragged that federal authorities had “boarded and seized the gambling ship Johanna Smith, anchored seven miles off Long Beach.” Pulling a sneaky lawyer’s trick, county officials resorted to citing a statute from 1793, which stipulated a ship would be “forfeit” if it “engaged in any trade other than that for which licensed.” By manipulating the laws of the sea, SoCal authorities were able to snatch the boat and put her out to auction.

That very next month, a man named J. W. Byrnes gave a boat tour to a group of “visiting newspaper men,” expressing that he was “one of five new owners” of what was gearing up to be LA’s next and best ocean entertainer. Explaining further, Byrnes added that more than $20,000 had been spent on “making her the finest pleasure barge on the Coast.” Later reports suggested that an investment of as much as $60,000 went into the conversion, which added a pavilion, a café, and a dance floor. Among the original owners listed in the papers, was “J. I. Dragna, 3662 Mettler Street.”

Below deck, in its 200 ft gambling saloon, Jack Dragna’s Monfalcone offered 41 gaming tables and 50 slot machines. On the bow, players found 16 blackjack tables and another 8 designated just for dice games. A third section of the ship provided additional slot machines, plus money wheels, roulette, and even chuck-a-luck. Even though horse racing and parimutuel betting would not be legal in California for another five years, the owners of the Monfalcone capitalized on the track that opened in Mexico earlier that same year. Agua Caliente co-owner, Zeke Caress, may have had ties to “Farmer” Page and the Spring Street lot, but it was Jack Dragna with a system of spotters and a small scale wire service that pirated the race results. Relaying the winners from Mexico to Long Beach, the Monfalcone offered offshore gamblers the option of offtrack betting.

Not only did the Monfalcone surpassed the competition in action and style, her owner’s even managed to learn from previous mistakes. Smartly, the ship’s proprietors canceled their license a short while after filing the paperwork. This allowed them to circumvent the statute that nabbed the Johanna Smith, and to in essence conduct their business as pirates on the high seas. They’d found a loophole and they pushed clean through it. Additionally, owners of the new ship also incorporated use of a go-between. Staging intermediary barges as drop off and pick up points halfway to the Monfalcone proved to be a smart play as well, especially once lawmen clamped down on the water taxi. This buffer afforded the taxi operators an alibi—“Gamblin’ ship? I don’t know nothin’ about no gamblin’ ship. I just took some fishermen out to a barge.”

The Johanna Smith eventually returned to the trade to compete with the Monfalcone. Becoming even more heavily involved, in addition to his piece of the J. Smith, Tutor later came to hold a 15% interest in Dragna’s ship as well. And, as if being an owner of the first three gambling boats to hit LA wasn’t already enough, a short while later he partnered again on a newer venture. Just before her two year anniversary, a generator fire burnt the Monfalcone to the waterline. When the Rose Isle took her place that same year, the (unlisted) list of owners included Jack Dragna and Johnny Roselli, along with Tutor Scherer, Tommy Jacobs, and a handful of their Spring Street comrades. Who the legal documents listed; however, is another matter.

Tony Cornero and Tutor Scherer are integral to the legend of Los Angeles. Some would argue; however, that the pair did more for another city. The same can be said for several of Tutor’s Spring Street cohorts—Chuck Addison, Eddie Nealis, Guy McAfee, and Milton “Farmer” Page. After being pushed out of the Southland by the competition and by the overzealous efforts of Governor Earl Warren, this lot of former LA operators relocated to a drier climate. In the last breaths of the thirties and moving into the early years of the new decade, these men brought class, comfort, and style to a desert town that in 1931, had given a thumbs up to gambling.

Although another man is often given the credit for inspiring “the vision” of what was to come, Tutor Scherer and his pals—McAfee, Nealis, “Farmer,” and Addison—all greatly contributed to the development of Las Vegas. Their involvement in the Pioneer Club, the Frontier Club and in other gambling establishments predated the construction of Billy Wilkerson and Ben Siegel’s Fabulous Flamingo. Falling in line, each of these iconic men were also active in Los Angeles just prior to breaking ground in Vegas. Though late to the game in regard to offshore gambling, longtime Californian, Tony Cornero, actually beat all of them to Nevada gaming. Tony and his half-brothers, Louis and Frank Stralla, opened the elegant hotel-casino, the Meadows, in the outskirts of the city in 1931.

Dial M For Mob: Part 4 – The Shooting of Frank Costello

Which is the Number 1 New York Crime Family?