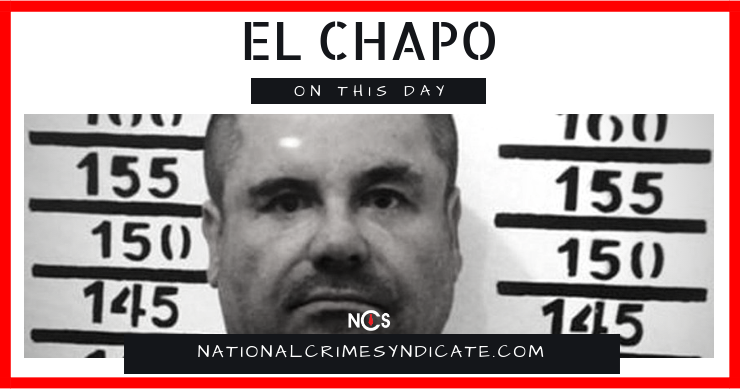 With two successful prison escapes to his name, the first coming in 2001 via a prison laundry basket, and the latest in 2015 through an underground tunnel system, El Chapo’s days on the run could finally be over.


His last prison escape in 2015 saw him on the run for 5 months, eventually being arrested in January 2016 after a spectacular shoot-out with the Mexican Marines.

What Are The Accusations?

El Chapo is known for being the leader of the notorious Mexican Sinaloa drug cartel, which was the world’s largest drug trafficking organization and he is now facing a list of accusations which include the manufacture and distribution of cocaine and other drugs – as well as ordering the killing of gang rivals.

He is currently being kept in a high-security prison in Manhattan.

The Cradle of Cosa Nostra – ‘Our Thing’ Veni, Vidi, Vici: Vito! Part One